Maybe you’ve been to Morocco and tasted a tajine or to a restaurant where it was on the menu. The flavors and combinations can seem difficult to replicate but the truth is – it’s a lot easier to make these Moroccan tajine recipes at home than you think.

There are dozens if not hundreds of different tagine recipes out there, and there are no hard and fast rules of what is or isn’t a tagine. But yes, there are some more authentic Moroccan tagines and somewhere people have adapted and created their own thing.

There’s nothing wrong with either approach!

There are so many different types of tagines that are made. Most often they’re made with whatever is seasonally available and there’s an emphasis on the vegetable(s) with just a little bit of meat – sometimes just a few bites per person – instead of the other way around.

There are two different types of tagine used in traditional Moroccan tagines; ground beef and whole pieces of meat either bone-in or sometimes bone out.

Beef Tagine with Apricots and Almonds

Beef and Quince Tagine with Pistachios

Chicken tagines might be the most popular and common type of tagine you’ll find. They’re also great when you’re short on time because they cook much quicker than other meats

Chicken with Preserved Lemons from Mother Would Know

This is one of the more popular meats to use in Morocco however in our house, we’re not big lamb eaters so I only have a few recipes. In many cases you can swap beef for lamb and vice versa.

Lamb Tagine with Peas and Potatoes

Don’t eat meat? Don’t worry! There are a lot of vegetarian tagines! There are also quite a few options that are made with fish.

What do you serve with tajine?

Before sharing what goes with tajine, let’s discuss what doesn’t. Couscous and tajine DO NOT go together. They are not served together, nor is couscous served as a side dish to tajine. If you want to prepare a traditional Moroccan meal don’t put couscous with it.

You will always find tajine served with some sort of Moroccan bread. It’s not just a side accompaniment but the tool that is used to eat the dish. A tajine is meant to be eaten with bread to scoop it up – not with a knife and fork.

The other item you’ll typically find with tajine are Moroccan salads. These are primarily cooked salads made with seasonal vegetables. The salads that are chosen are based on a few different things like the occasion or the main dish.

Get more ideas on what to serve with Moroccan tagines I have a post of suggestions to help!

What to Serve with Moroccan Tagines

Need a New Tagine to Cook In? Here are some options 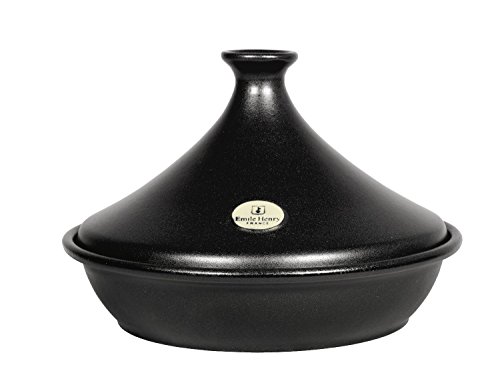 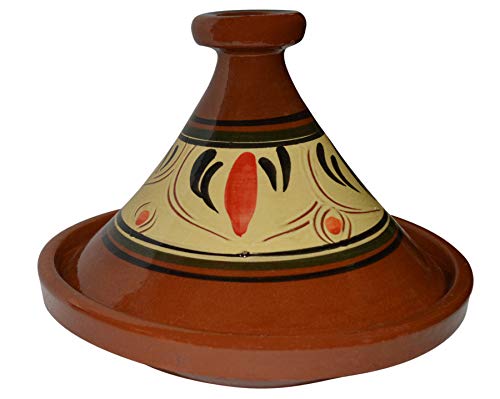 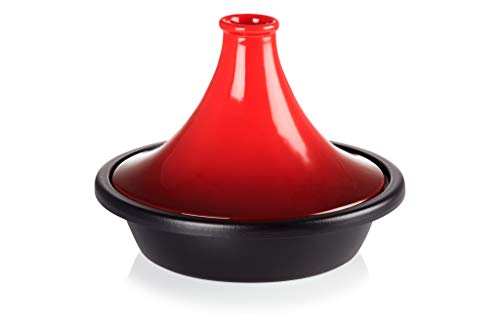 If you’re having a hard time deciding I have a whole post to help you choose the best tagine for you.