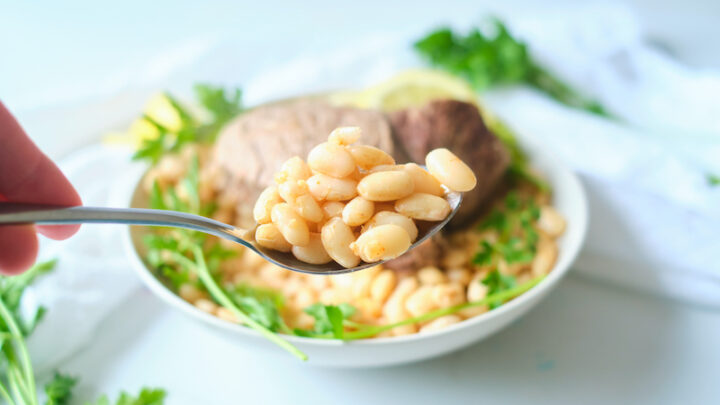 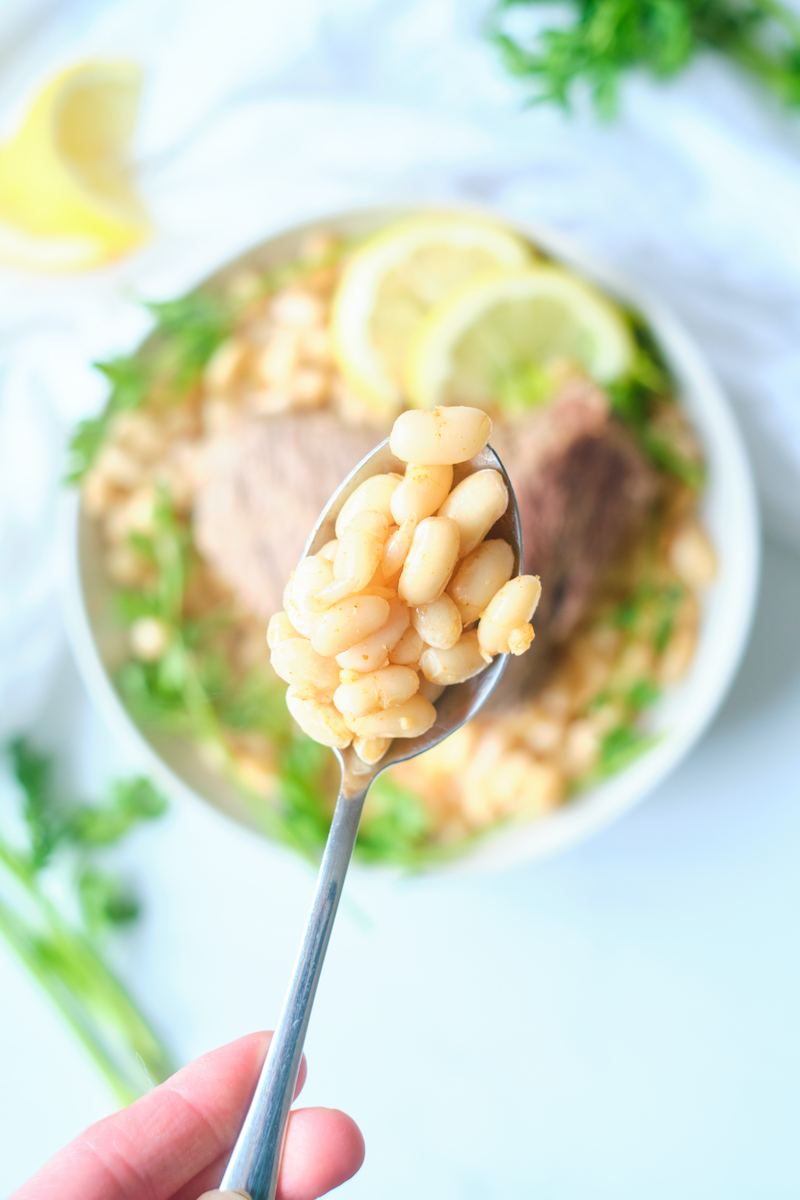 Our schedule has been getting consistently busier as my boys are getting older so I’ve had to start playing with the slow cooker a bit. A few weeks ago I tried another recipe without telling the family that I made it in the slow cooker (they tend to be slow cooker-phobic). They really liked it so I plan to use it a lot more. Last night was swimming class and around 3pm I threw this in.

I find that white beans were some of the first types of beans my kids really liked. Probably because they’re creamy and not overly “beany”. But, they can take a long time to cook until they’re soft. That’s why making white beans in a slow cooker is a great idea – you don’t have to really do anything but toss them in! Soaking in advance also makes a huge difference.

The directions are pretty straightforward - throw it all in the crockpot and cook on high for 3 hours or on low for about 6 hours.

I would suggest cutting your meat into smaller pieces so that it cooks through more evenly and increases the flavor.

If everything is cooked through and there is still a good bit of water left, pour the contents into a large pot on the stove and boil until the liquid is reduced.

I like to smash some of the beans as well in the end and mix them through the liquid to thicken it.

You don’t have to use meat in this recipe – using just white beans works great too!! 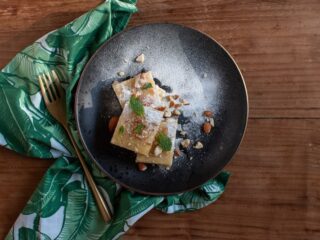 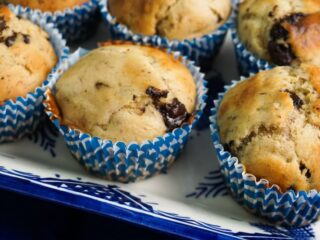