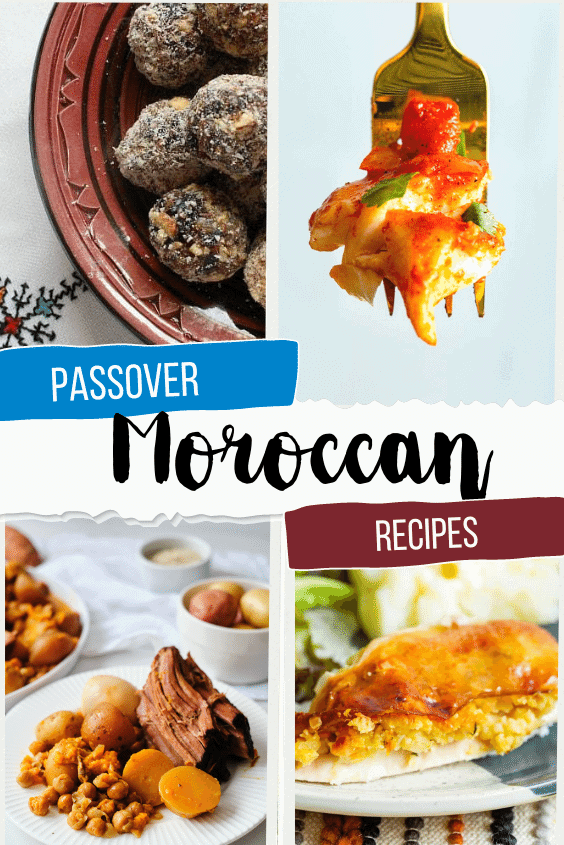 Until the last 60 years Morocco was home to a sizable Jewish population. While that population inside Morocco has diminished the recipes and traditions associated with this holiday have spread across the world. Moroccan Passover recipes are unique and an important part of broader Moroccan Jewish culinary history and Moroccan culinary history in general.

Sephardic passover food varies from Ashkenazi passover foods. The biggest difference between the two is what is defined as kitniyot. There are a lot of items that fall into this food category including corn, rice, beans, lentils, peas, chickpeas, and all legumes (and I’m sure I’m missing more), as well as products made from these.

Sephardic Jews do eat these items during Passover while many Ashkenazi Jews do not. In researching a LOT I’ve also found that the rituals and “rules” vary between families in Morocco too. So this is something that also differs depending on that.

There are some other differences that have to do with the specific process of worship but I am not an expert in this area so am not going to delve into it. Passover in Morocco today is celebrated in small ways by the remaining community but if you speak to older Moroccans most have memories of their Jewish neighbors’ celebrations.

As mentioned above there can be a lot of differences that happen family to family however there are a few unique Moroccan passover traditions. One is the seder plate. In Morocco the plate is clear and is passed over the head of each guest at the table by the head of the family while reciting a blessing. One theory is that this is somehow connected to the Kabbalah (Jewish mysticism) which makes sense as both Muslim and Jewish mysticism is a part of Moroccan culture.

Another ritual is that during the recitation of the 10 plagues a large bowl is filled with half water and half wine, poured at the same time to symbolize how the Egyptians might have witnessed the turning of the Nile red with blood.

Some other swaps may be just due to what was available. For example horseradish typically used in Ashkenazi seders is not found in North Africa so lettuce is used instead. Apples, traditionally used for haroset in Europe are absent from the Moroccan version.

One other thing that I picked up one researching was that while there are foods that tend to pop up at Passover there’s usually nothing that denotes them as a Passover-only dish. So feel free to enjoy any time of year.