Planning a Visit to Tangier; the Gateway to Africa - MarocMama 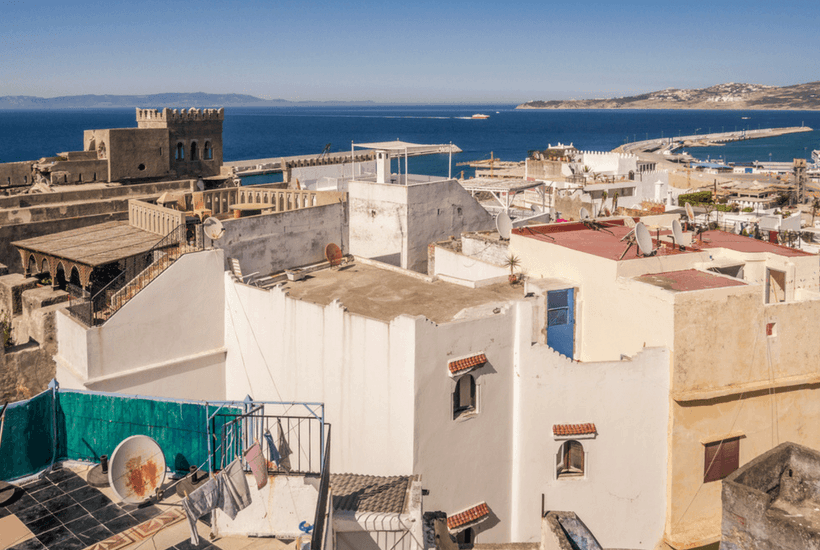 The busy port city of Tangier, Morocco is located at the western entrance to the Strait of Gibraltar. This historical city has a rich history and a truly multi-cultural vibe. It's a bustling city that can be a little rough around the edges at times. If you are spending time there as a tourist, it is good to be aware of your surroundings. But that edginess is also one of its charms, giving Tangier a vibrant “real-ness” that you don't always find in a place so popular with tourists and travelers.

Is Tangier worth visiting?

If you're nearby than certainly it's well worth a visit as it has a distinctly unique feel you won't find elsewhere in Morocco. However, if you won't be near the city it may not really be worth the time to reach it.

If you're wondering how many days in Tangier you should plan consider what you may want to do. Will you use it as a base to explore surrounding areas like Asilah, Tetouan, and Chefchaouan or will your journey go onwards? One to two days is typically enough time to see the sights of the city.

Even though Tangier has a less than rosy history, things have changed in recent years. Wondering if Tangier is safe to visit? It's no less safe than any other city in the country – or region for that matter. Moroccan police have increased security forces throughout the country in light of world events and much has been done in recent years to clean up Tangier and her image. You may encounter hassles from vendors but when it comes to crime, pickpocketing and petty theft are typically the most serious infractions seen.

In order to make the most of your Tangier experience, I offer you this helpful guide!

The History of Tangier

The history of Tangier begins before the 5th century BC with native Amazigh (Berber) tribes and Phonecian traders making landfall to trade. It has gone, and continues to go by many names; Tanja, Tingi, Tingis, Tanger and Tangiers. Tingis is said to be derived from Tingis, the daughter of Atlas in Greek mythology. It's more likely however the word comes from the Semitic word tigisis, or harbor. Sometimes the city is referred to as Boughaz, “the bride of the north” by the Moroccans or “the door of Africa” for its strategic position.

Berber tribes have lived in the area for centuries but the Carthaginians were the first outsiders to settle and colonize the area. The Romans and Byzantinians later controlled the area for various periods of time. It wasn't until the year 702 that Tangier came under the rule of the Muslims. During the fervor of European expansion and colonization the city fell to the Portuguese and was ruled from 1471-1662 by them. For a brief window it also was held by the British having been given as a gift to the king in exchange for his daughters' hand in marriage.

After the United States gained independence – Morocco was the first country to recognize their independence – they built the first US consulate in Tangier. In 1821, the Legation Building in Tangier became the first piece of property acquired abroad by the new country. It was a gift from Sultan Moulay Suliman.

At the beginning of the 20th century Tangier was already quite the multicultural city. An estimated 40,000 people lived in the city; 20,000 Muslims, 10,000 Jews and 9,000 (mostly Spanish) Europeans. While much of the country was partitioned beginning in 1912 between the French and Spanish, Tangier was a bit of a different story. In 1923 it became an international zone governed by the French, Spanish and British.

World War Two was a very interesting time in Tangier. Due to its international status and the varied positions of the occupying countries. Spies, businessmen, writers, artists, intellectuals and all sorts of people showed up on the shores of Tangier for its mix of opportunity and live and let live policy found in few other places at the time. Tangier still has this allure however in 1956 it like the rest of Morocco became an independent nation. Rumor is spies still used it as an outpost during the Cold War.

How Do You Get to Tangier

The Tangier airport (Ibn Battouta) handles over 1 million passengers a year. International flights arrive from Europe via airlines such as Ryanair, Air Arabia, Iberia, and TUI. Many major cities in Europe service Tangier including Paris, Brussels, Madrid and Amsterdam as well as smaller cities. Domestic flights also are frequent from cities such as Casablanca, Marrakech, and Ouarzazate.

One of the most popular ways to reach Tangier is by ferry. FRS ferries cross from Tarifa to Tangier and the fast crossing takes just over 30 minutes. Another route is from Algeciras to Tanger Med and is available on FRS or Acciona Transmediterrea. This crossing takes 70 minutes and the port is 30 km from the city of Tangier. Once weekly ferry service is available from Gibraltar to Tangier Med which departs Gibraltar on Friday evening and Tangier Med on Monday evening. This route takes 80 minutes.

During high season it is advisable to book early to ensure space at the time you would like to cross.

Guide to Using Ferries Between Spain and Morocco

Tangier is the first (or last) stop on the train line. Many travelers use the train to reach destinations further south in Morocco. One of the most popular routes is the overnight Tangier to Marrakech train. You can book a 4 person room with a bunk (either mixed or female only). You also can reserve just a seat in either first or second class. Be aware in second class there are no limits on ticket sold so you may be standing or squished. In first class every seat is assigned.

There is also now a high-speed train that runs from Casablanca to Tangier and vice-versa. The Al-Boraq train takes 2 hours and 10 minutes to travel this complete route and has both first and class tickets available.

There are two main types of buses that operate in Morocco; “public” buses and private buses. Public buses are generally used by locals going from place to place in more remote areas not covered by train service. Private buses, namely CTM and Supratour also go to some of those locations but are quite a bit nicer. You have the option to use either though navigating the public bus system will be very difficult if you don't speak French or Arabic.

Supratour and CTM have bus depot's in most cities however, they often don't run between destinations that have train service. So if you want to take a bus from Marrakech to Tangier you may have difficulty finding one. However, if you're trying to get from Chefchaouan to Tangier it's the way to go. Make sure to check timetables ahead of time as in some cases there is only one or two buses a day.

Several Moroccan highways (and smaller non-toll roads) come to a head in Tangier. The N1 that runs north to south, the N2 and N16 are the three major highways. It's very easy to reach Tangier by car though parking in and driving in the city can be more of a headache.

What to do in Tangier

There are plenty of things that you can do to keep busy in Tangier. From exploring on your own to booking guided tours and activities and everything in between. The question is really – how long can you stay?

Read this post on What to Do in Tangier to get started planning your time here.

Check out some great ideas here on things to do in Tangier with kids.

Where to stay in Tangier

Planning on spending a night or two in Tangier? Then you'll be looking for a riad or hotel to sleep. There are many choices however I have tried to narrow down some of the choices for you.

In this post you can find some of the best places to stay in Tangier.

If you'll be visiting with kids than you might also want to view my list of family-friendly Tangier hotels.

Where to eat in Tangier

There are no shortage of restaurants in Tangier. There seems to be a place to eat around every corner. If you are seriously hungry, look for a place that the locals are. Due to it's location on the water it's no surprise that what to eat in Tangier is fish and seafood. There are of course other options but this is what will be truly local.  That way, you're likely to find something authentic and delicious.

Here's our suggestions on where to eat in Tangier

It can be a bit intimidating to visit a new place, especially when it is a city as large and busy as Tangier. If you'd like to see the sites with the help of a tour guide, this full-day sightseeing tour might be just what you're looking for. Not only will you enjoy the city, Kasbah, and Medina while guided around by an English-speaking tour guide, you'll also get the chance to visit many of the historical and geographical landmarks in the area. And your transportation is an air-conditioned minivan – a welcome escape on a hot day!

For a different kind of “tour” and an amazing hands-on experience, consider booking a Cooking Lesson while you're visiting Tangier. You'll learn some delicious ways to prepare traditional Moroccan cuisine while also getting to eat some of the best food you've ever imagined. Best of all, after enjoying your amazing experience, you can take your newfound skills back home to share some amazing home-cooked Moroccan cuisine with everyone that you love. That's one of the best ways to make your vacation memories last forever!

If you are spending several days in Tangier and can spare the time, consider making a day trip to Chefchaouen. This beautiful village in the Rif Mountains is known for being charming and picturesque, and if you have the time, it is well-worth seeing. If you aren't comfortable going alone, there are great tours available.

Heading to Tangier but not on a cruise? This tour will take you to see the major sites of the city along with a guide who can explain the history and culture of the city in detail. The tour is also private so you'll be guaranteed that only your small group will be on the tour leaving you the ability to pick and choose what you do and see.