Guide to Using Ferries between Morocco and Spain - MarocMama 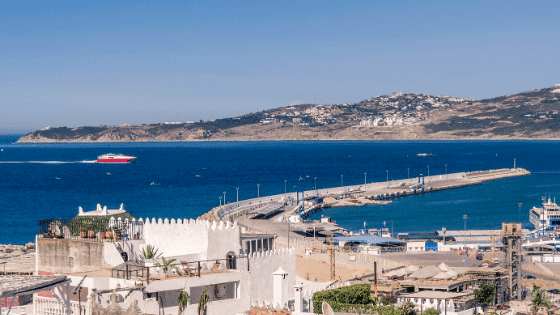 With Morocco perfectly situated so close to southern Europe and Spain in particular, it’s only natural that people want to easily travel between the two countries. Luckily, there are several options for ferry travel between Morocco and Spain.

There’s also something cool to be said about taking the ferry. The Straight of Gibraltar is a sight to see. It's also pretty cool to think that you are seeing where the Atlantic Ocean meets the Mediterranean Sea. The ferries back and forth are frequent and popular with locals and tourists alike. Here’s the low-down on all of them.

Arguably the most popular of ferries connections to the southern-most tip of Spain, the ferry to Tangier runs several ferries a day running back and forth from Morocco to Spain. The trip lasts about an hour. Tickets average about $80 per person round trip.

Pre-booking will save you the hassle of finding that your desired ferry is already booked! If you decide to chance your luck, you can buy ferry tickets at the ferry offices or terminal in Tangier. Mid-afternoon gets busy so if you are going hoping to get a last-minute ticket, earlier is better.

Even if you do have re-booked tickets, you will still need to obtain your boarding pass from the terminal or ticket office in town. There are two ferry companies that use the Tangier Ville to Tarifa and return route; FRS Service runs up to eight times a day and Inter Shipping is six times a day. This can also change, though, depending on weather, high season, etc.

If your destination is Algeciras, Spain, you will be taking the Tangier Med ferry across to mainland Europe. Last time we looked, the ferry companies provide a free ferry shuttle from the ferry offices to the ferry if you are a foot passenger. Do double-check, however, just in case.

Algeciras is mostly known as an industrial town and a transport hub; given their large port, but it is also considered a transit destination for further travel into southern Spain or beyond. For example, Cadiz is just over an hour’s drive northwest from Algeciras. Gibraltar is just about 30 minutes up and then down again on the southeastern coast of Spain. Continuing on, Marbella is another 30 minutes or so along the coast and Malaga is just under another hour, driving north from Gibraltar.

There are two companies that run this ferry line. The Grandi Navi Veloci operates 5 times a week while the Grimaldi Line runs once a week. But you may want to reconsider given the travel time of nearly 30 hours.

This ferry docks in Tangier Med located approximately 40km from Tangier proper. It might be an ideal route for someone traveling with a car or camper van and looking for a way to cross without a lot of additional driving.

There are three different ferries that run multiple routes daily between Ceuta and Algeciras (about 20 slots daily); FRS, Balearia, and Transmediterranea. The travel time is approximately 1 hour. Do keep in mind that this route is crossing from Spain to Spain so you will need to access Ceuta either with a passport that has Schengen entry or with a valid visa.

The ferries are both foot passenger and vehicle passenger accessible. You may also want to keep in mind that crossing border from Morocco into Ceuta can be a long process, especially with a vehicle so plan accordingly.

This crossing is available daily via Balearia and Transmediterranea ferries. The crossing time is approximately 6 hours. While Melilla is on mainland Morocco it is a Spanish territory and just like with Ceuta you will need permission to enter.

Also as with Ceuta do keep in mind crossing from Morocco to Melilla can take quite a bit of time. The border does sometimes close as well if there are issues with too much activity on the border.

Gibraltar is not a Spanish territory but part of the United Kingdom. I'm sharing it here as it's often asked about as well and it has bridge access to mainland Spain. There is a weekly departure on FRS ferries from Tangier Med to Gibraltar. There is room for both foot passengers and car traffic.

As its once a week you'll want to plan your trip carefully!

Tips For Traveling These Routes

You can check the options and rates for these ferries online below as well as purchasing tickets. It's highly advised that you do purchase tickets in advance during high seasons to ensure the best prices and that there is availability.