A Century of Moroccan Eating - MarocMama Skip to Content

A Century of Moroccan Eating

In real life I’m a huge history buff – I love it!  I have to say I think it was my love of history and current events that landed me in Morocco in the first place. Even MarocBaba tells me I know more about Moroccan history than he does. I’ve been brainstorming an idea for a new Friday series after finishing my favorite female food bloggers set and landed on a way to combine my love of food and history into one. So the new series is;

A Century of Moroccan Eating

Every week I’ll take one century, talk a little bit about what was going on in Morocco at that time, and include a recipe for something that embodies that period.  I hope to make the posts really fun and informative (and maybe just a little bit of nerdy-ness…) 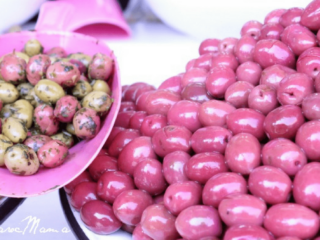 Awesome idea! I have always found Moroccan history confusing and jumbled but FASCINATING! I love history too so I hope to learn alot. Can't wait for the first lesson!

I am *so* looking forward to this. What a great idea!

When I took a general interest Mediterranean cooking class several years ago, the chef did mini history lessons before each class for each region (including, but not limited to Spain, Greece, Morocco, France and Italy). Some of the talks included when certain ingredients arrived in each region. E.g., tomatoes aren't native to Europe, so imagine Italy and Spain without them in the middle-ages!