As World War Two ended many Moroccans hoped that foreign powers would leave Morocco to their independence however this was far from the reality of what was to happen next. Sultan Mohammed V had ruled Morocco as judiciously as possible during the war however once hostilities were over the French attempted to tighten control and reign the government in. After the end of the war the Istiqlal (nationalist) party was created and the sultan was forced to push against them in public to appease the French but was known to support and encourage them in private. In 1944 they released a manifesto that had been approved and supported by the sultan. This document demanded full independence, national reunification, and a democratic constitution. The sultan had approved the manifesto before its submission to the French resident general, who answered that no basic change in the protectorate status was being considered. The harder the French pushed back, the more the people of Morocco supported the sultan.

In December 1952, a riot broke out in Casablanca over the murder of a Tunisian labor leader; this event marked a watershed in relations between Moroccan political parties and French authorities. In the aftermath of the rioting, the residency outlawed the new Moroccan Communist Party and the Istiqlal. By 1953 the French had pushed Sultan Mohammed V into exile in Madagascar. He was replaced by Mohammed Ben Aarafa who was extremely unpopular with the people who demanded a return of the sultan and increased the level of violence against the colonists. 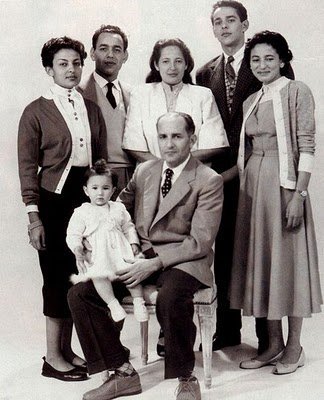 The French were able to gain support for the deposition of Sultan Mohammed V by gaining support of the Glaoui tribe of southern Morocco (Marrakech region).  However by 1955 they had rallied in support of the sultan and the French realized the game was up. On November 16, 1955 the sultan returned and on April 7th, 1956 France relinquished its protectorate over Morocco. Not all areas of Morocco were independent and separate agreements and arrangements were made with Spain (and later fought over).

After independence was achieved thousands and thousands of Moroccan Jews left the country for Israel. I haven’t been able to discover if they weren’t allowed to leave prior to this or what caused the mass exodus to occur after independence. This undoubtedly left a cultural void.

I think this decade evoked a lot of emotions for me.  My mother-in-law and I can’t converse freely but I remember sitting in the salon one evening with her as she shared parts of her life (I really want to write her story into a book!) One of the stories she told was of being a young girl in Marrakech, around this time as she was born in the 40’s, and the boots of the French African soldiers coming down the street. 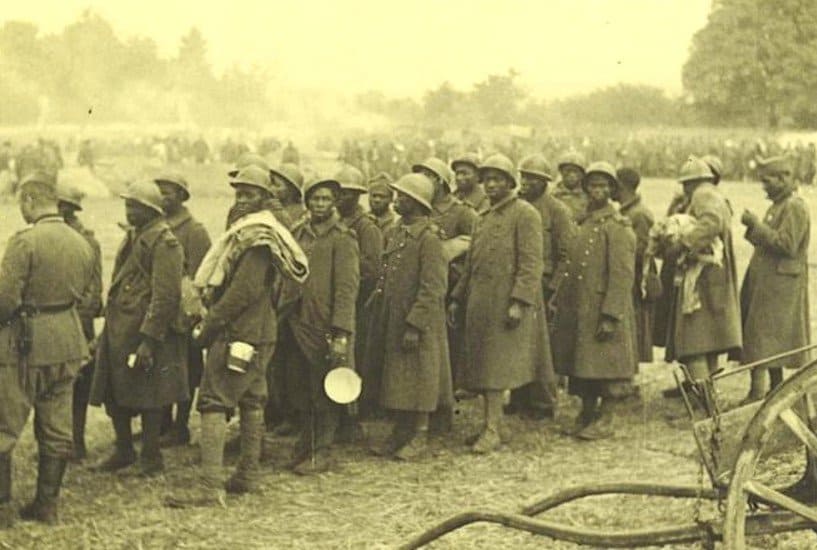 The French enlisted thousands of their colonial citizens from west Africa to fight in WWI and WWII.  These same soldiers carried over to try and secure the Moroccan and Algerian lands. Of everything my mother in law remembers it was the boots of these soldiers and how tall they were.  This period was of major upheaval and nationalism.  Transportation was difficult, curfews were enforced and fighting popped up often. The food scene was limited by these issues.  It’s safe to say that more rural inhabitants in agrarian areas fared well, while city dwellers had to rely on stores of preserved goods such as khlii, pickled vegetables and dry goods like beans.

I’ve written about khlii here in its most common use.  Essentially it’s preserved meat that has been dried and is then stored in the rendered fat.  Beef and mutton are used for this.  It is similar to a beef jerky but with a heavier taste (due to the preservation in fat vs. dehydration).

Christina of Moroccan Food at about.com has shared a recipe for an express version of this recipe.   If you don’t want to make it yourself you can order it from Moroccan Khlii – I have ordered from here and have been impressed.  Dafina.net also has a recipe for khlii from the Jewish kitchens of Morocco (it’s very similar).

Hi, I enjoyed your article about Morocco in the 1950's. My Dad was an American Air Force Officer stationed with the Headquarters 17th Air Force in Rabat, and we were fortunate enough to live there for almost 2 years in the mid-50's.

I well remember when the Sultan returned and, in fact, drove right past our villa on his triumphant return from Madagascar. If you send me your email address I will send you some photos of our time there.

Thanks again for the great article.