Categories All other posts 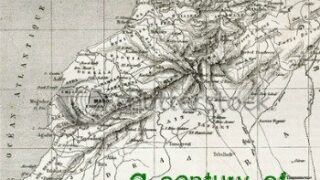 I’m going to admit my bias right off the bat by saying King Hassan II is not someone I admire. His rule clearly shapes Morocco as it lasted from 1961 until 1999.  At the time of his father, King Mohamed V’s death (heart attack) there were many rumors that the Hassan had a hand in his death. Hassan had  a very conservative and firm grip on the country.  He was known for being very suspicious of those around him and ruthless to those who opposed him.

In the early 1970’s there were two attempts against his life one that resulted in a coup of a several days. In the Cold War era, Hassan II allied Morocco with the West generally, and with the United States in particular. There were close and continuing ties between Hassan II’s government and the CIA, who helped to reorganize Morocco’s security forces in 1960. Hassan served as a back channel between the Arab world and Israel, facilitating early negotiations between them. This was made possible due to the presence in Israel of a large Moroccan Jewish community. 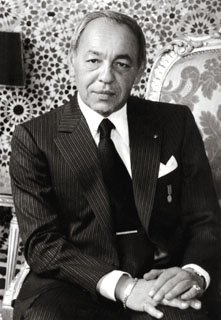 Because of King Hassan’s fear of coup and discontent he lead what is referred to as the “Years of Lead” or Sanawat al-Rusas between 1960 and 1980.  During this time dissidents were arrested, executed or “disappeared”  newspapers were closed and books banned and burned. Some other notable crackdowns (from Wikipedia)

Estimates are that 30,000 Moroccans were disappeared during this time.  Some were released, many others were killed and no news was ever heard of them again. Clandestine prisons dotted the Sahara either known or ignored by the rest of the fearful population.

Filmmaker Leila Kilani created a documentary in 2008 called Our Forbidden Places to investigate state violence during the Years of Lead. For three years, the film follows four families in their search for the truth: Activist, young rebel soldier or simple citizen, either they or their relations were imprisoned in different parts of Morocco. Each person tries to “find out”, discover a “reason”, to be able to mourn. But forty years later, the state secret finally unveils the existence of another, more intimate secret, the family secret. They all feel the need to reconstruct history and recover their parents, taken from them twice over, once by their disappearance and another by the secret. Choosing between deeply-set silences, lies and taboos within and outside the families, over forty years. I’ve found a clip from the film, it starts about 1m 30 seconds in and is the beginning of the film. It is in darija with English subtitles.

In the 1960’s America there was a surge of fine cooking and an embracing of ethnic cuisines.  It was during the 1960’s the Paula Wolfert, the famed American cookbook author lived in and learned about Moroccan food for her first cookbook Couscous and Other Good Things from Morocco. It is very possible that the best known Moroccan dishes such as chicken tajines and couscous found their way to modern American tables.  If you want to give these dishes a try here are two recipes to start with; 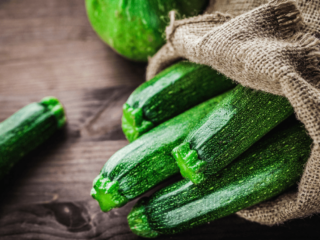