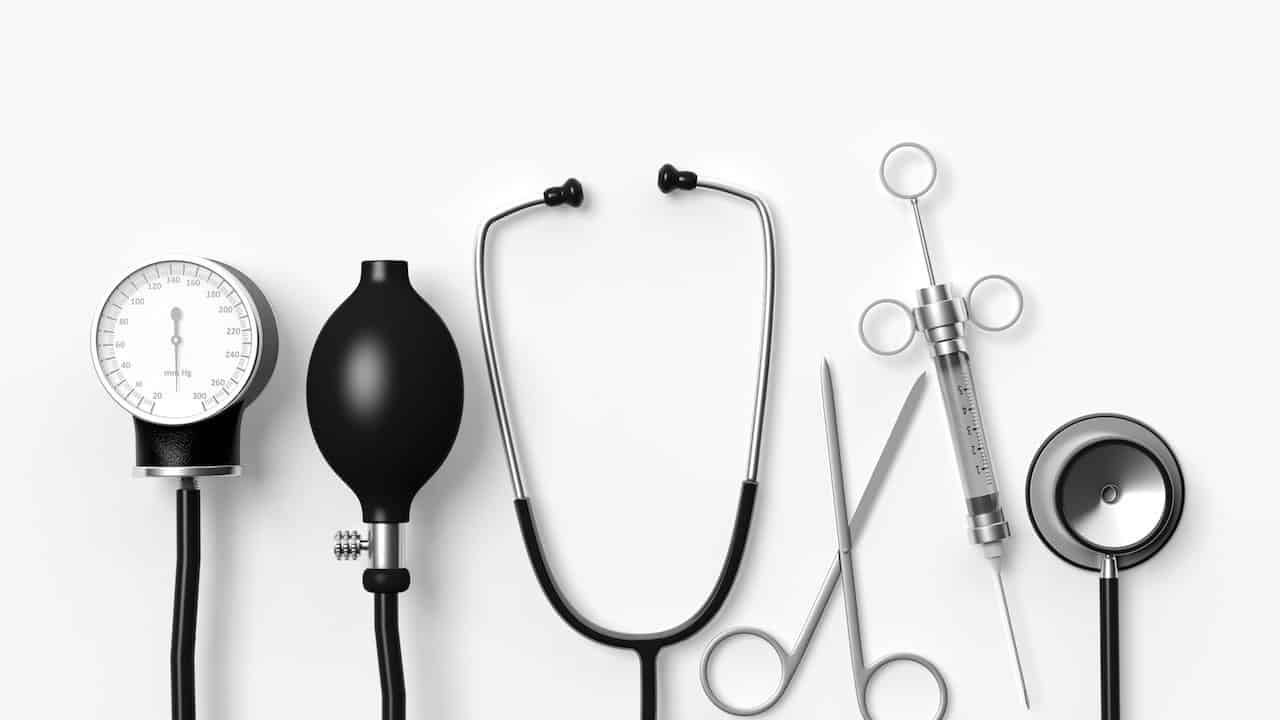 What’s your worst travel fear? For most people it’s getting sick or having a medical emergency far from home. But, when you choose to make your home in a foreign country understanding and using the medical care system can be even more intimidating and frightening. Many people ask me about healthcare in Morocco.In October of last year I had a medical situation that had me returning to the United States for surgery. We had only been in Morocco for a month when I started getting sick. After arguing about going to the doctor for weeks, MarocBaba finally took me in – and we discovered I had a lot of small gallstones. Because of my previous gastro-surgery and because we still had insurance coverage in the US, I went back to have surgery. 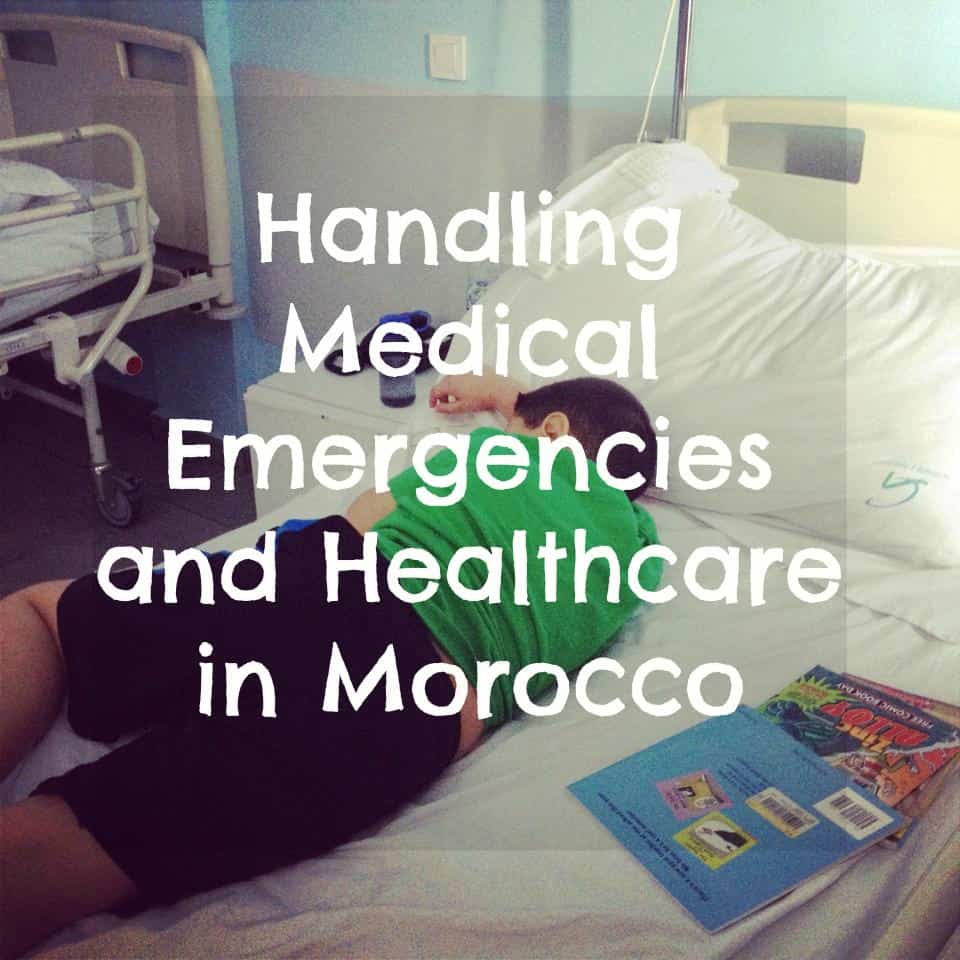 Just a few weeks ago our youngest son was ill for a week and not getting any better. After taking him to the doctor we learned he needed to have his appendix removed. We were left wondering, should we do the surgery here? Should we buy tickets for the next day or two and one of us fly back to the US with him to have it done? What should we do? Ultimately we chose to have the surgery in Morocco. I want to preface the remaining portions of this by saying there are many very skilled, qualified doctors in Morocco. Many have trained in Europe and the United States and there is access to equipment, procedures, and medications that are the same or comparable to what you would find in those countries. But it comes at a price and there can be many hurdles.

I can’t compare what medical service is like in Europe as I’ve never experienced it so my observations are based on my experiences in Marrakech, Morocco and the United States.

Morocco has a two-tiered medical system. There is universal public healthcare as well as a private healthcare system. The public healthcare system is dismal, at best. It may be better than no healthcare but should really not be considered if at all possible. The private system is a pay system. There are some health insurance plans in the country to help with costs and some will accept international insurance plans. By western standards care is very affordable. An office visit can cost between $10-15, medications a few dollars, and an operation $500+.

If you need an x-ray or blood work you will leave the office and go to a special location that does this. The doctor will give you the information on where to go. You’ll need to have the work up done, wait for the results (a few hours or maybe the next day) and then bring it back to the doctor to be read. For any prescriptions you’ll be written the order on a paper and can bring it to any pharmacy to be filled.

Pharmacies are easy to identify in Morocco, they are marked with a green crescent or plus sign. One difference in Morocco is that you can’t buy things like Ibuprofen over the counter, you’ll need to ask for it from the pharmacist. Need some antibiotics? Just go ask! There are lots of medications that a pharmacist can dispense without a prescription so if you know what to ask for you likely will be able to get it without a doctor visit – unless it’s a controlled medication or narcotic drug.  If you are feeling under the weather and it’s not urgent you might try this route first.

Hospital services and care will vary depending on the hospital. In Morocco they’re known as cliniques. If you need to go in for a procedure or operation there were several things I found very different.

I have to touch on one other point because it’s something I’ve carried with me after my son’s surgery. If you’re somewhere that your in-laws also live they’re going to be in your business.

This is a very big cultural difference.

My son had surgery later in the evening after a full day of doctors visits and running around. We were stressed out, scared, and worried. The very last thing I wanted was a roomful of people when he came out of surgery. Even though I begged and begged that they stay home, guess what happened? A roomful of people. I’ve learned this is their way of showing they care. But, I felt incredibly disrespected as a person and a parent. My sister in law went with us to the doctors appointments and pre-operative discussions with the doctors. To me, this was frustrating because the doctor and attendants did not include me in any conversations, instead directed the conversation to my husband and sister in law completely excluding me.

I’m sharing this because cultural differences are very real, and when your child is sick (or you’re sick) the last thing you want is surprises. It often feels like as the outsider you’re expected to shoulder the differences and “suck it up” and not the other way. I have no resolution for this experience and it still makes me upset. I don’t feel like I should be expected to just accept things because I’m an outsider, especially when it concerns my child.

While our experience was very different from what I was used to I felt that the doctor was competent and don’t regret having done the surgery here. It would have cost us a small fortune to go back to the United States to have the same procedure done. I know next time I will be more prepared and know what to ask and what to expect. 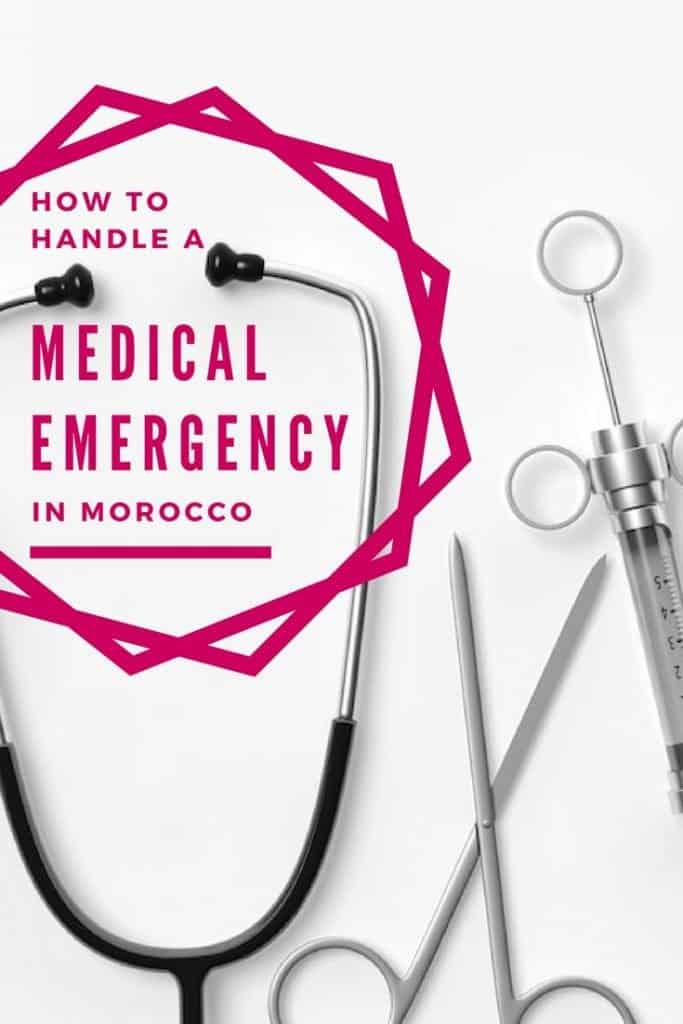 Visiting Morocco and don’t have travel insurance yet? First, check with your local plan to see what it will cover abroad. If you’re not covered, I recommend World Nomads insurance. Get a quote right now and see if it’s a good fit for you.