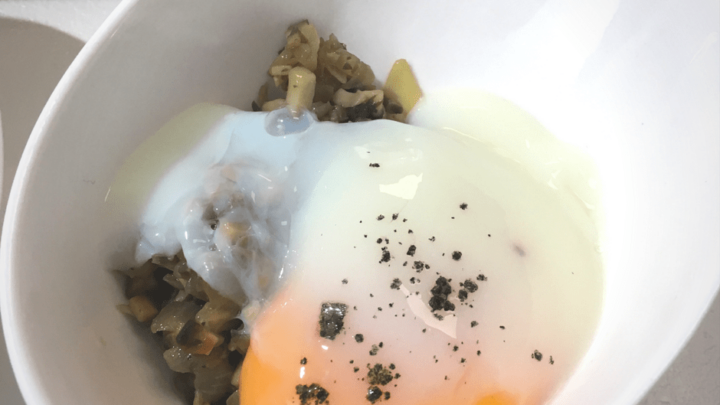 Habas con jamon is a classic tapas dish that is basically a “salad” made with broad beans and ham. Broad beans are long flat beans that appear in the springtime in southern Spain. This easy Spanish recipe is really versatile and can be made whether you’ve got meat eaters or vegetarians at the table.

Normally this dish is a side dish or a bean tapas however with the addition of some extra vegetables and a poached egg it becomes a meal on its own.

This version of the recipe isn’t the traditional recipe. I took a cooking class in Seville and wanted to make all dishes that were pork-free so that I could enjoy them. Truly I think I prefer this version!

There aren’t a lot of flat bean recipes found, I think primarily because it’s a very regional type of bean. If you don’t have access to flat beans you could use regular green beans instead. The recipe would probably work with fava beans or green peas too though obviously, the taste would be a bit different.

You can leave the egg off if you’d like but it does add a nice creamy texture to the dish. I think that while it’s great on it’s own it would also make for a really tasty savory breakfast option.

How to Cook Flat Beans

The good news is that flat beans cook basically the same way as a green bean. It’s a good idea to pick through the beans for any that may be bad. Then snap or cut the ends and wash well. These beans are cut into smaller pieces and then blanched before plating.

You could also steam the beans or pan saute them depending on the final result you’re looking for. 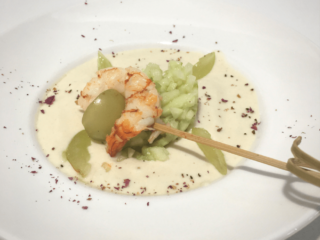 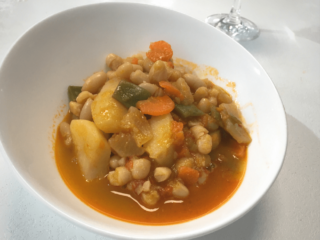