A word of advice.

When you’re in Morocco and someone says “would you rather have lunch at a restaurant or my mom’s house?” don’t even hesitate – have lunch with mom! When I went to Kelaa’t Mgouna with my friend Kathi for the Rose Festival our driver posed this question to us. We enthusiastically said we wanted to eat with mom. I couldn’t help but be a little cheeky and ask if I could bake bread with her too.

Authentic Moroccan bread is different across the country and I LOVE learning the different ways, different regions make their local bread. You might be really surprised to know just how different they can be. Essentially the basic recipe is the same. Flour, water, yeast, salt + a round shape + heat. But, there are differences in cooking techniques and some of the added ingredients.

I’ve made bread in Marrakech and Fez, chickpea “bread” in Chefchaouan, in the Sahara desert, and in the High Atlas mountains. Now it was time for the Dades.

But, first we had to get to the house.

It involved crossing a river, walking through what can only be described as the Moroccan version of a garden of Eden and the arriving to the house in a hidden little village. This was a situation where the journey was way more exciting than the destination! 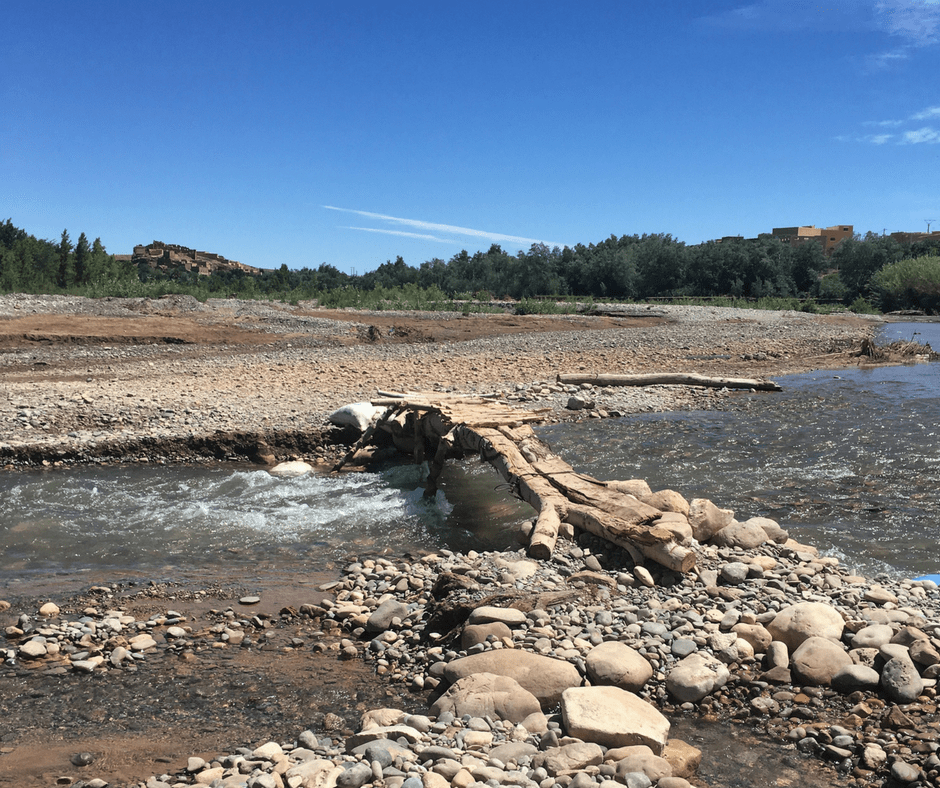 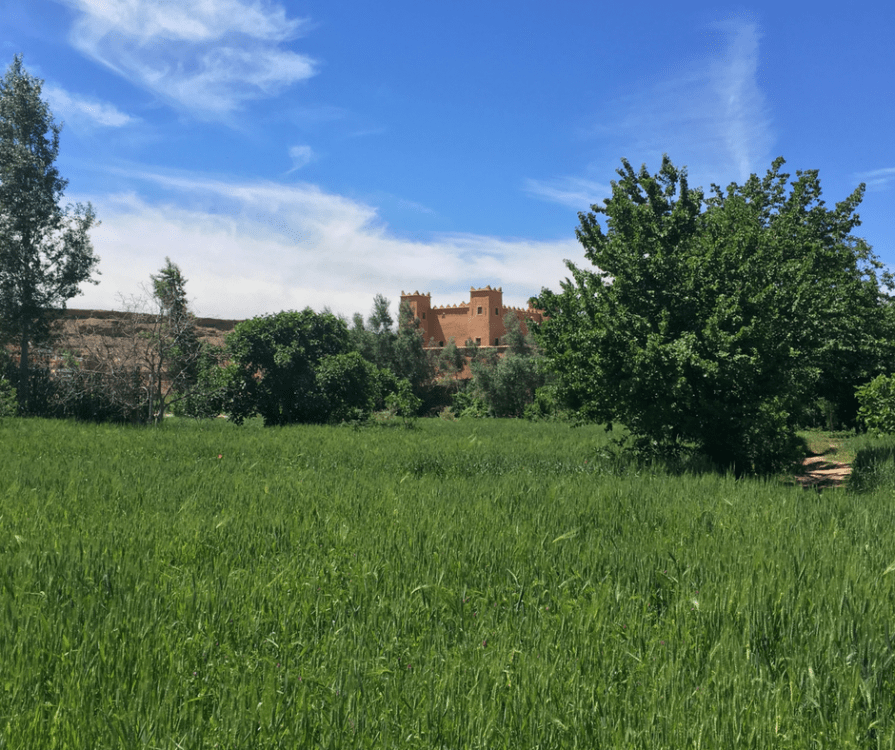 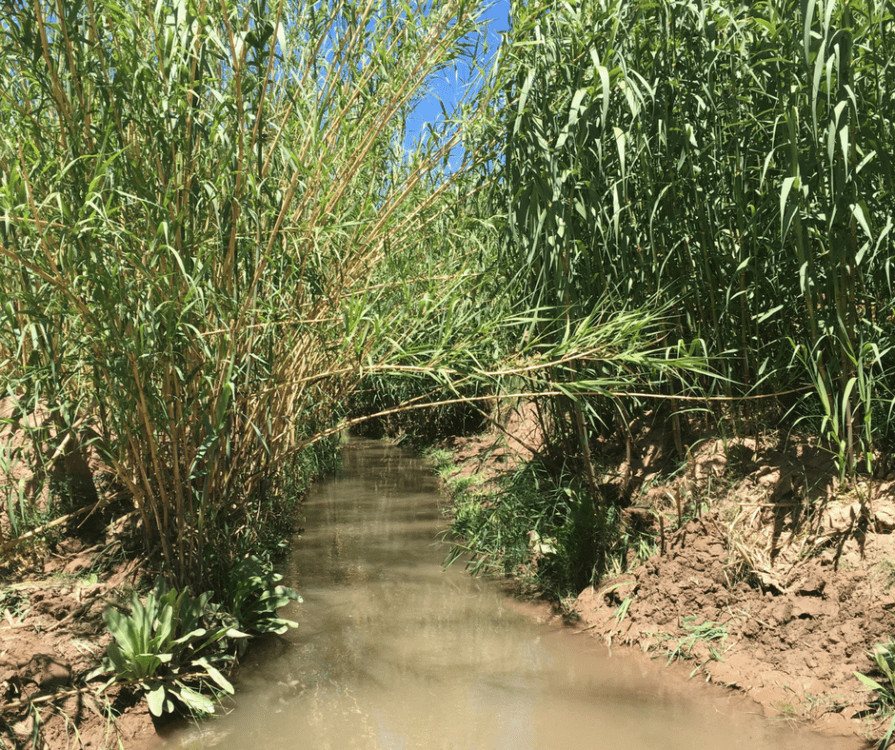 Walking through these valleys is something magical. I have no other way of explaining it. For many people it’s something they don’t expect in Morocco. It is almost biblical. I know life here is hard for people but in many ways I find the simplicity and connection to nature very peaceful.

When we arrived at the house, I was ready to get baking. The dough was already made and risen so we could bake it immediately.

Want to make authentic Moroccan bread? Here’s my recipe to make at home.

Every part of the country has a little different way to bake the bread. Some make it in large community ovens, some have small cone shaped, wood fired ovens at home. Others have low clay ovens with raised platforms for baking. 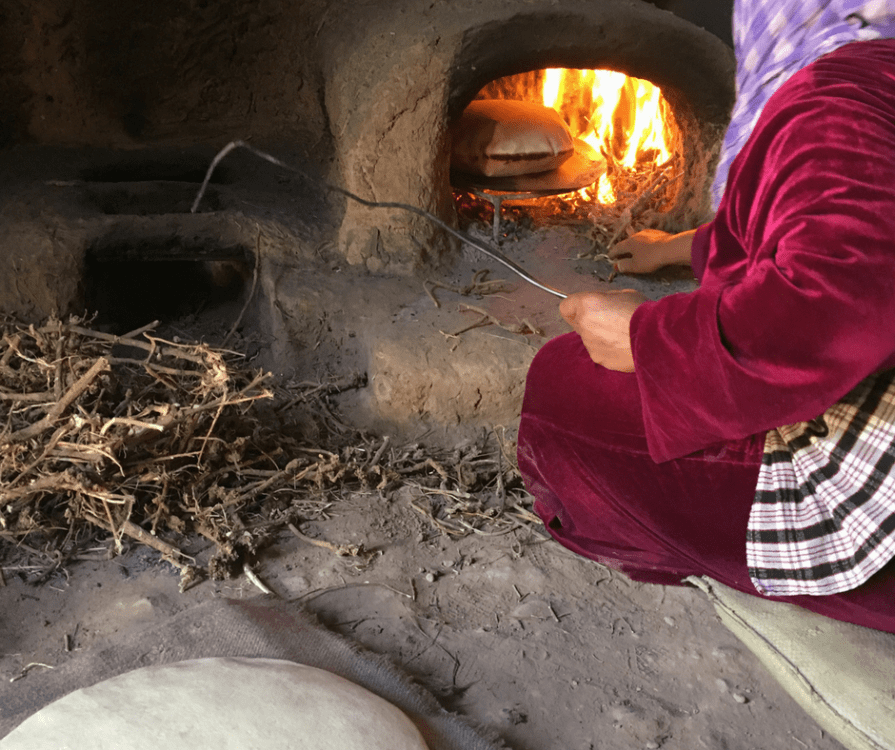 Here, it’s a little clay oven. On the right side the wood is added and lit. the bread dough is set on a small metal tray. Using a hook, the bread is constantly turned so that it doesn’t get burned on the side. The turning part is critical as I soon learned when I gave it a try. The bread puffs up really quickly due to the really high temperature. It only took about eight minutes for each loaf of bread to be baked through. 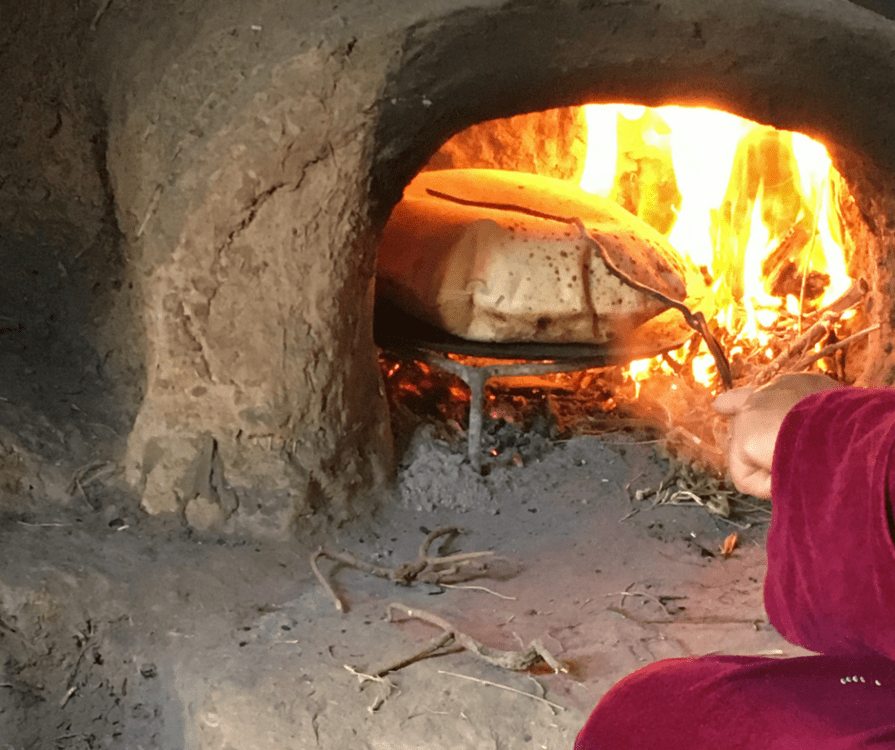 When the bread puffs up (and it will) the hook is used to push it back down without puncturing it. Even though there’s lift the final product isn’t like a pita bread. There’s no pocket formed. This is also a trick that takes time. Women in Morocco start baking bread as soon as they are old enough to handle the task. In the past and still in rural areas it’s usually around 10-12 years old, maybe younger. Making bread is a daily chore and these ladies are expert bakers. 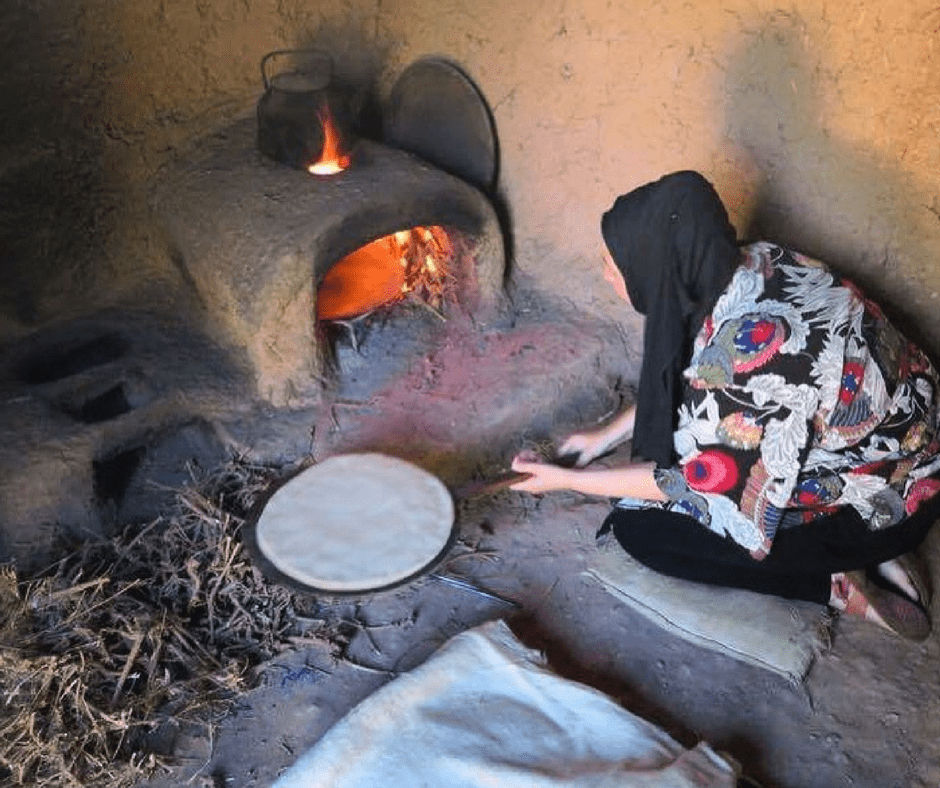 So when it was my turn I knew I would never match the ladies. I’ve baked loads of bread but not this way! It really is very tricky to not get the edges of the bread to burn. I had to pay constant attention to it and I still wasn’t successful! Just like with my baking adventures in the High Atlas our hostess tried tireless to keep up a conversation with me in Tashelheit but I know very few words, she didn’t speak much Arabic so we used sign language and bits and pieces of what language we could.

When our bread was baked it was into the house to enjoy with olive oil, tea and dried figs, a prequel to our couscous lunch that came later!

Moral of the story? Always say yes to lunch with mama! 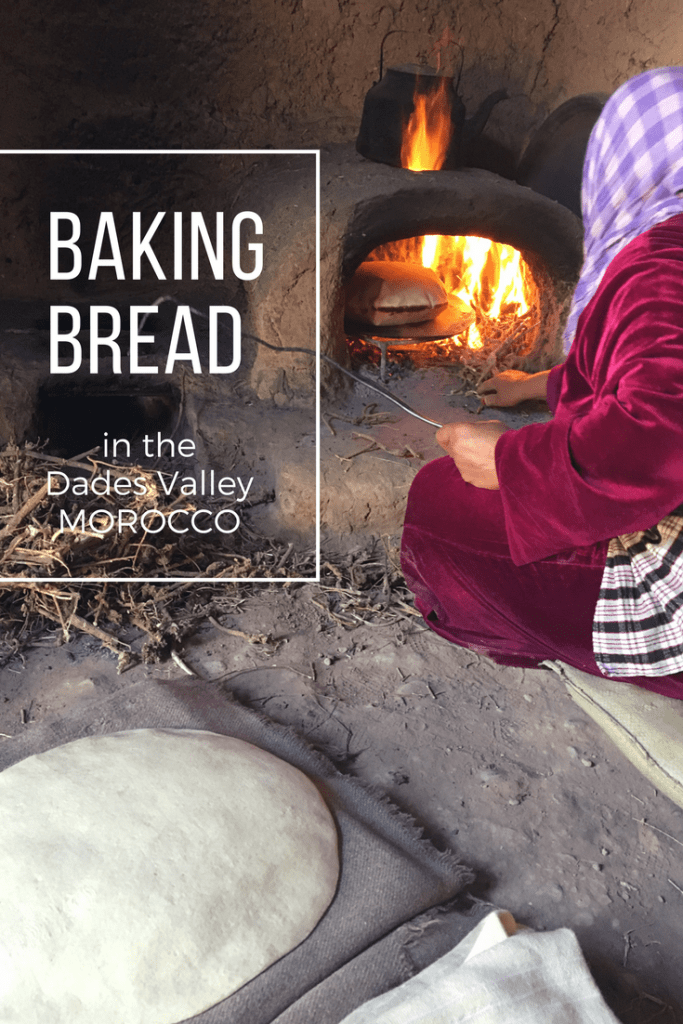 See the other posts in my bread baking series; 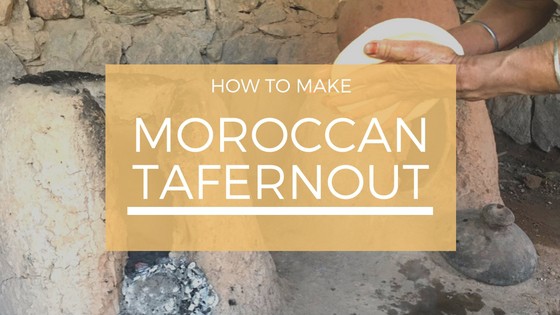 How to Make Moroccan Tafernout 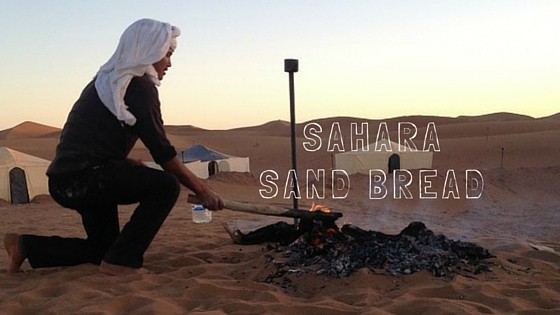 Baking Sand Bread in the Sahara