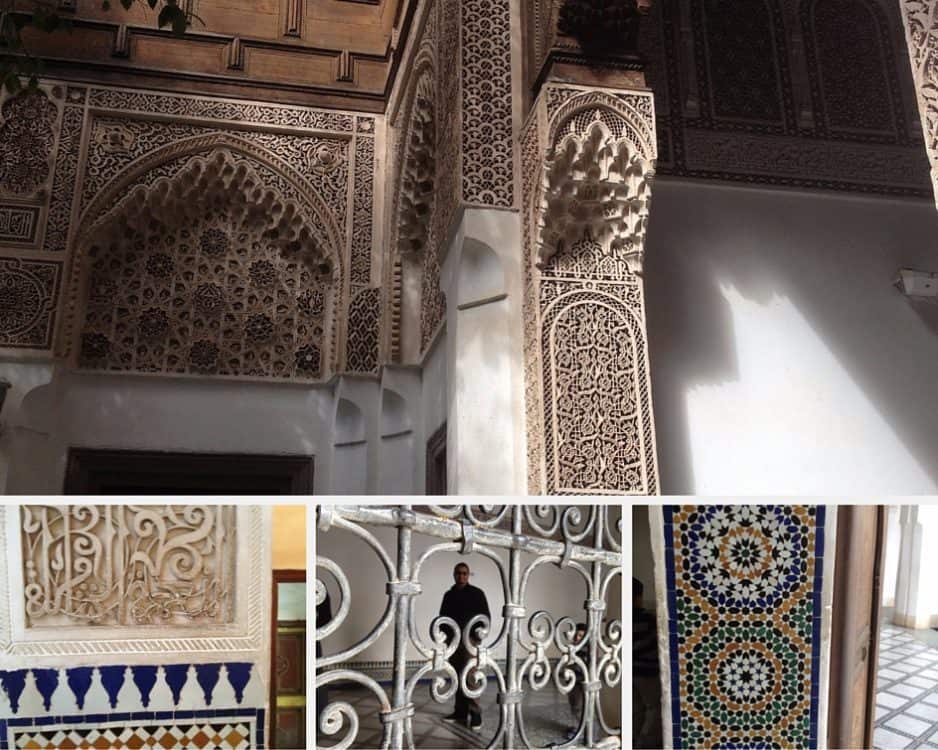 Marrakech is home to many palaces, both open and operating and historical museums including the Bahia Palace. You probably won't be able to finagle an invitation to the royal palace but you can wander among the ruins of a place that once was spectacular.

Sandwiched between the Mellah (Jewish Quarter), the Medina (the old city), and the Kasbah (where the royal employees once lived) is the Bahia Palace. When compared with other monuments and even homes in Marrakech it's not that old. It was built in the late 19th century in a style that attempted to capture Moroccan and Islamic styles in one building.

Moroccan royalty never lived in this palace but it was home to Si Moussa the man who managed the household of the sultan. His son later took over the position and enlarged the palace. However when Bou Ahmed (son of Si Moussa) died, the servants ransacked the palace. Under the later French protectorate the palace was restored and was home to the French Resident General.

Here's the downside – don't expect to see the palace how it was. It's completely empty. Admire the woodwork, the tiles, and bring a healthy dose of imagination to think of how it might have once looked. This isn't the first thing I'd see in Marrakech but if you've got time and are in the neighborhood it's worth a visit – especially in summer months as the interior is naturally cool.

Visit other sites in Marrakech;