[vc_row][vc_column][vc_column_text]The second port stop for our week long Mediterranean cruise was Rome, or more precisely Civitavecchia. Knowing the difference is really important because the city you dock in is nowhere near Rome. The last time we were here we did a food tour and as tempting as it was to do this, we opted for something a bit more educational. I was torn between a Coliseum tour and the Vatican and ultimately decided on the Vatican as I wanted the kids to learn something about another religion and see this important historical and religious site. Travelling in Rome can be tricky, dodging hordes of tourists plus those that call Rome home means tough skin and flexibility.

We booked an afternoon tour with Pinocchio Tours, knowing it would take us time to get to Rome. If you’re planning to go into Rome on this port stop here’s the how-to. The cruise line had buses that went to a bus depot in Civitavecchia where we had to line up to purchase tickets (.80€ each) for a city bus that would take us to the train station.

At the train station we purchased tickets to get to Rome itself. (Why the cruise line couldn’t offer direct buses to the train station I’m not sure). It will cost 12€ per adult for a round trip ticket to Rome, the price includes 24 hour access to public transportation in Rome. Kids’ tickets are 5€.

We had thought we would go and see the outside of the Coliseum first, then use public transit to get back to the Vatican for our tour. After realizing how long it was going to take we scratched the Coliseum plan. My advice, if you’re going to see a single site, just buy the basic Trentalia ticket instead of the combo ticket that includes public transportation. If you’re unsure opt for the combo ticket. The train ride is one hour to Rome departing hourly and quarter to the hour. You’ll want to get off the cruise ship early to catch a train. It goes to Rome’s central station, Termini, but it stops sooner at St. Pieter Square. If you’re going to the Vatican, get off at this stop and save yourself a lot of time. 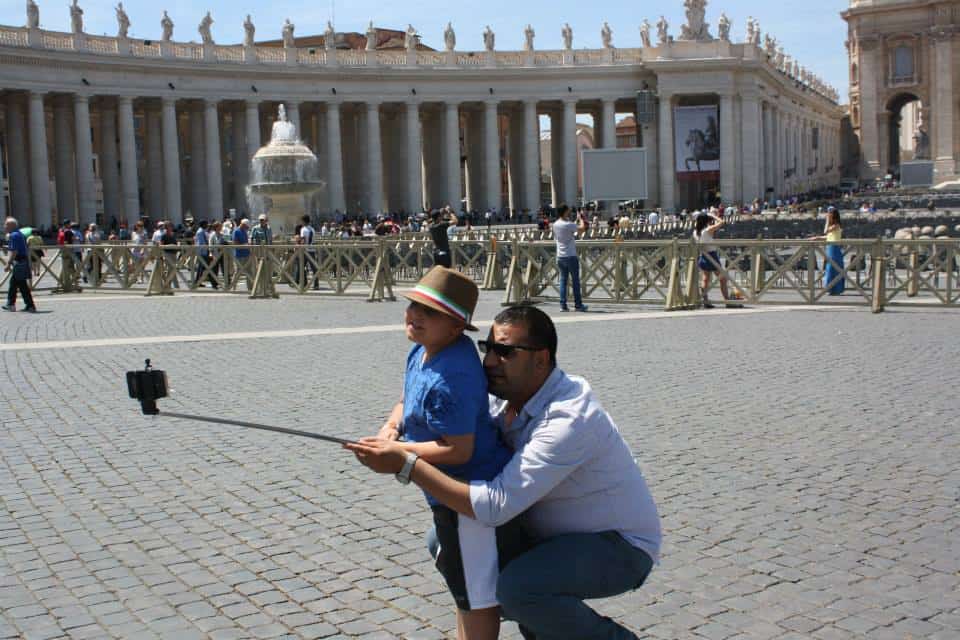 We met at the Vatican Museum (which is on the opposite side of St. Peter’s square). If you’re visiting keep in mind the Pope gives a public address on Wednesday mornings and the Vatican itself isn’t open at that time. But, you are able to listen to the address. We’re not Catholic but it would have been cool to have seen this! Getting to the museum to the square takes at least 15 minutes so plan accordingly. We met Marta our guide and entered the museum immediately. We had to purchase tickets ahead of time online so that we were ready to start. The tickets are timed so you need to make sure you are at the spot to start at the designated time.

Instead of giving a play by play here are the things we did and didn’t like. 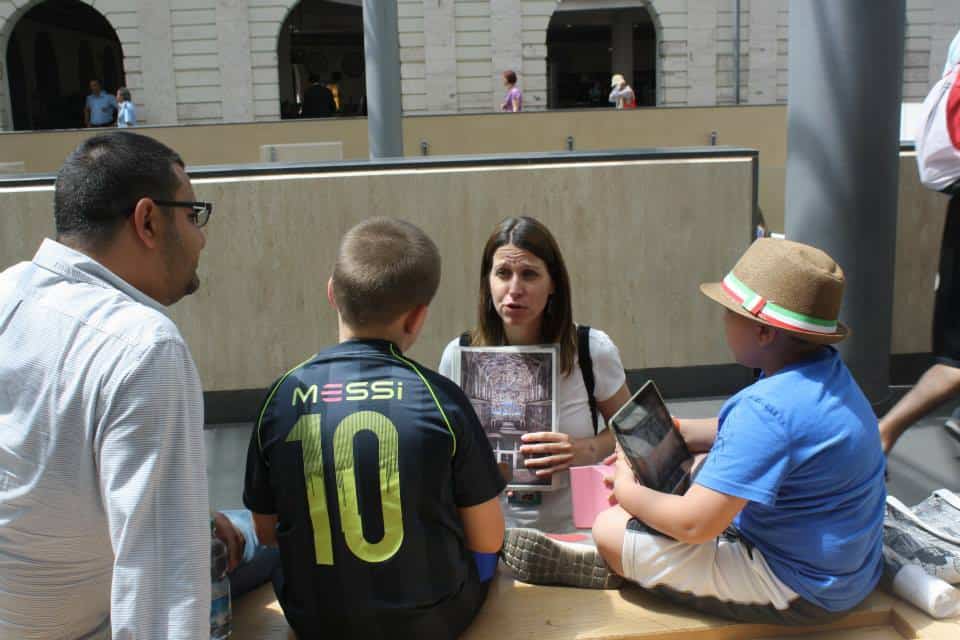 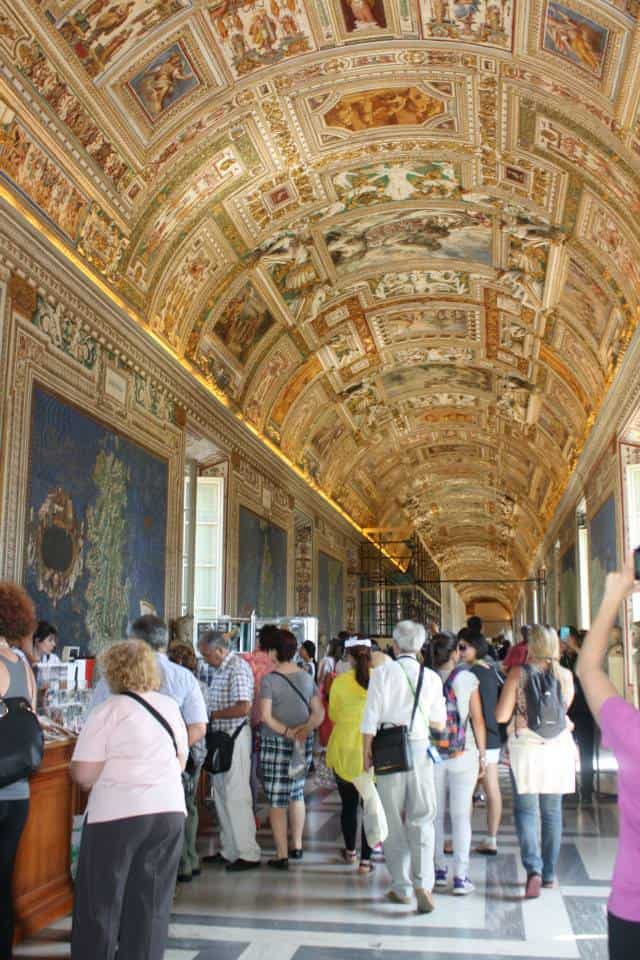 What Could Have Been Different

My biggest let down wasn’t the tour but it was seeing the Sistine Chapel. I think I can equate my thoughts with it the same as I do with Paris. It’s something that is so hyped up that when you actually see it you’re kind of left wondering, “Really, is that it?”

Yes, the paintings are impressive but the room is small and dark. There’s hundreds of people pushing while a voice every 10 minutes or so reminds people to be quiet. I love art and have studied it, but the wow factor was missing. I think this may be one of those famous sites tourism is ruining.  To end the tour we went into St. Peters Cathedral and it WAS amazing. Sadly we had to rush as we had to make it back to the train and weren’t able to spend much time here.

We managed to catch the train but it was really close!

Would I recommend this tour to someone else visiting Rome with kids.

The exception would be if your children are a bit older than ours and interested in art history. In the end this might have been a bad choice on my part knowing my boys but you live and learn! Next time we’ll try gladiator school!

[…] the piri-piri lexicon: Le Louvre From MarocMama: The Vatican From Raising a Trilingual Child: The Russian Museum, St. Petersburg From Bambini Travel: […]

Gladiator school was awesome. It's probably my kids' favorite thing they did in Rome.

I think my experience at the Vatican was similar to yours. We also had a private tour guide with iPad and books that took the time to explain the art to my kids. We're Catholic, and I still think they weren't fully understanding what they were seeing. In any case, I really wanted to see the Vatican and thought that the private tour was my best chance at making it a tolerable and perhaps educational experience for my kids. If we'd tried to do it ourselves, I think the experience would have been worse.