What do you do when you get really tired of seeing your tweens faces plastered to a screen every second their home? Tired of the battle we faced every time we took them away we staged an intervention. I’d argue this might not be the best solution every time but we were determined to show our kids they could actually have fun without the tablets. I did what any mom would do…I threw them in the ocean. No, not the tablets – the kids! Maybe I didn’t throw them directly in the ocean but we did pack up the car and make the drive to Tagahzout and our favorite beach resort with the goal of getting our kids outside and have them learn how to surf in Morocco. 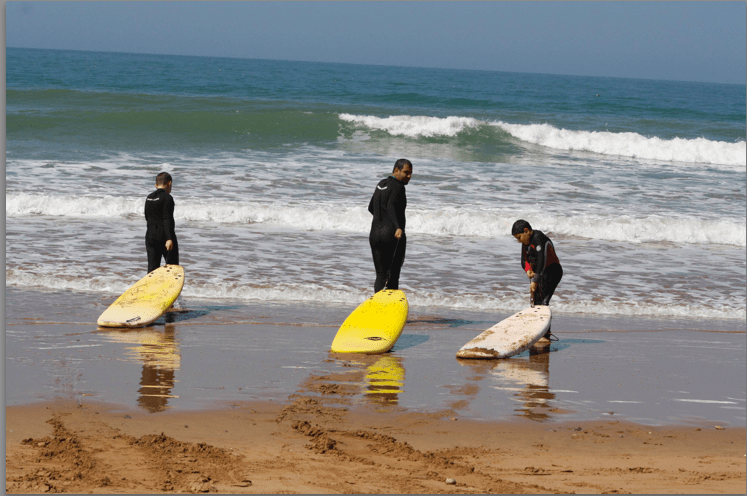 Paradis Plage is a resort that has something for everyone – which is why we love it. The first time we visited it was too cold to get into the ocean but this time, thanks to some wetsuits the boys did venture in. I on the other hand preferred to spend my time in the spa getting a massage. What can I say I’m more into relaxing! You can take surfing lessons or rent a surf board here but since my boys had never tried this before we went for lessons. They really thought it would be easy…they found out it’s a little harder than they thought! 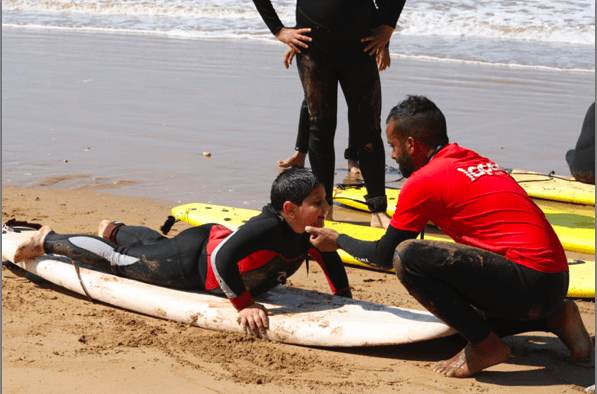 What impressed me right away was how professional and thoughtful the staff were. The surf instructor working with the kids (and MarocBaba) was attentive and truly wanted to teach them how to surf instead of just sending them into the water to play. He was able to connect with K and get him not only to pay attention to what he was teaching but..get him up in the water too! 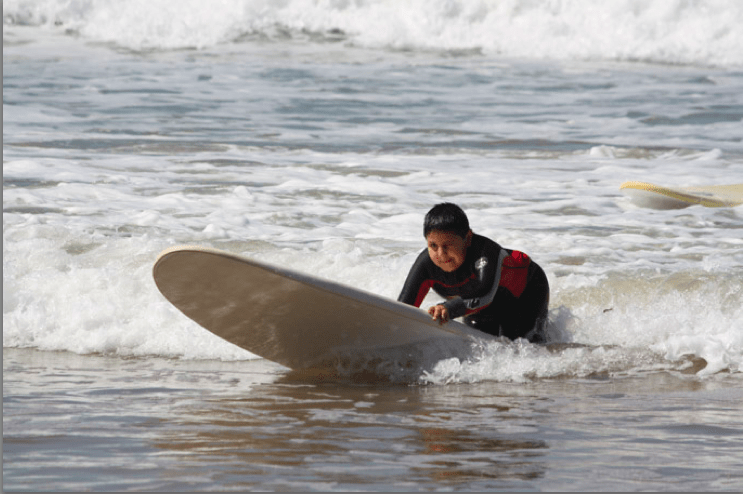 MarocBaba and M were a little more skilled in the water. I would chalk that up to age and a little more coordination. After a thirty minute lesson on land they went into the water. The waves were big enough to get up and practice but not so big that it was overwhelming. Thankfully both of our kids can swim (yes swim lessons, the best investment we’ve ever made with our kids!) or else I wouldn’t even consider this.

The surf lesson was two hours long and by the end the kids were not quite on their feet but up on their knees. Enough that they felt accomplishment and wanted to do it again! 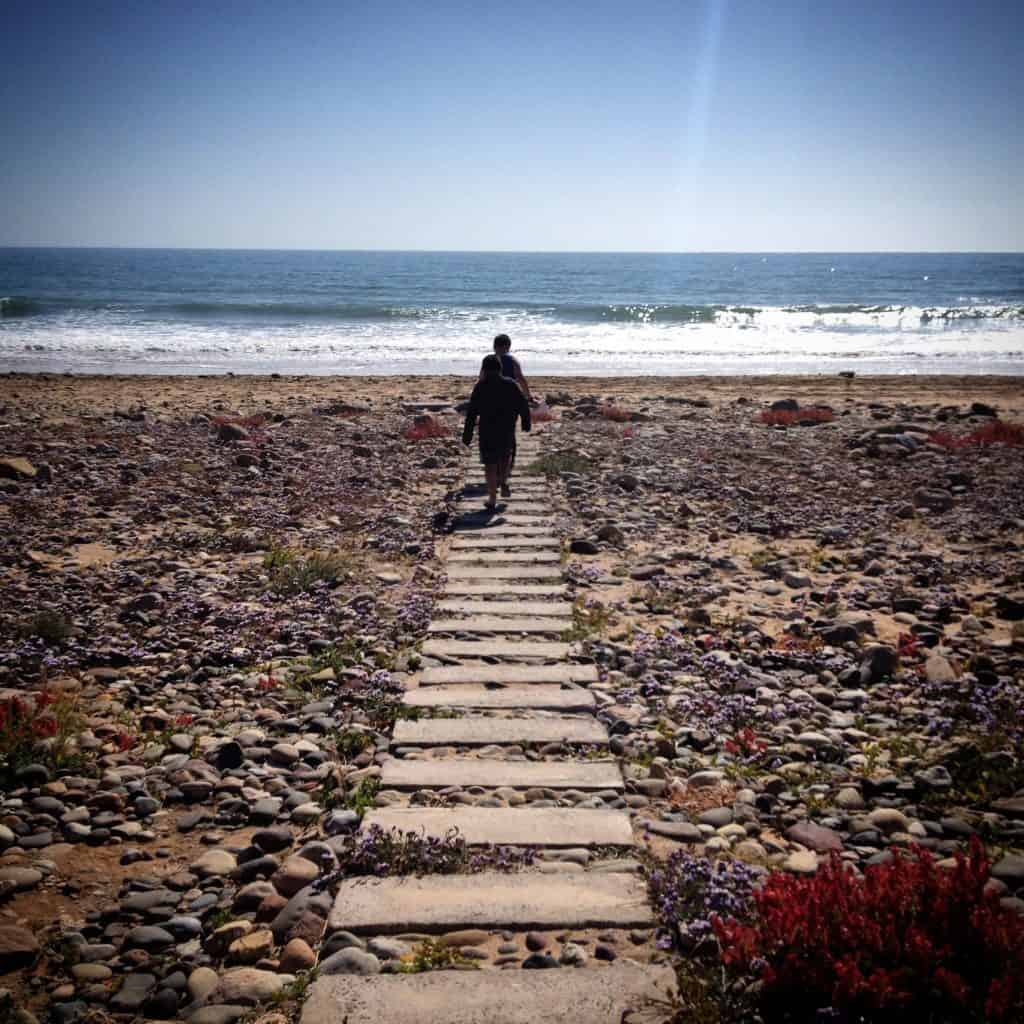 Along with learning how to surf we spent a beautiful afternoon just walking along the beach and exploring the resort. It was the perfect time of year to visit, before the summer crowds showed up. Who wouldn’t want to wander on a beach like this? 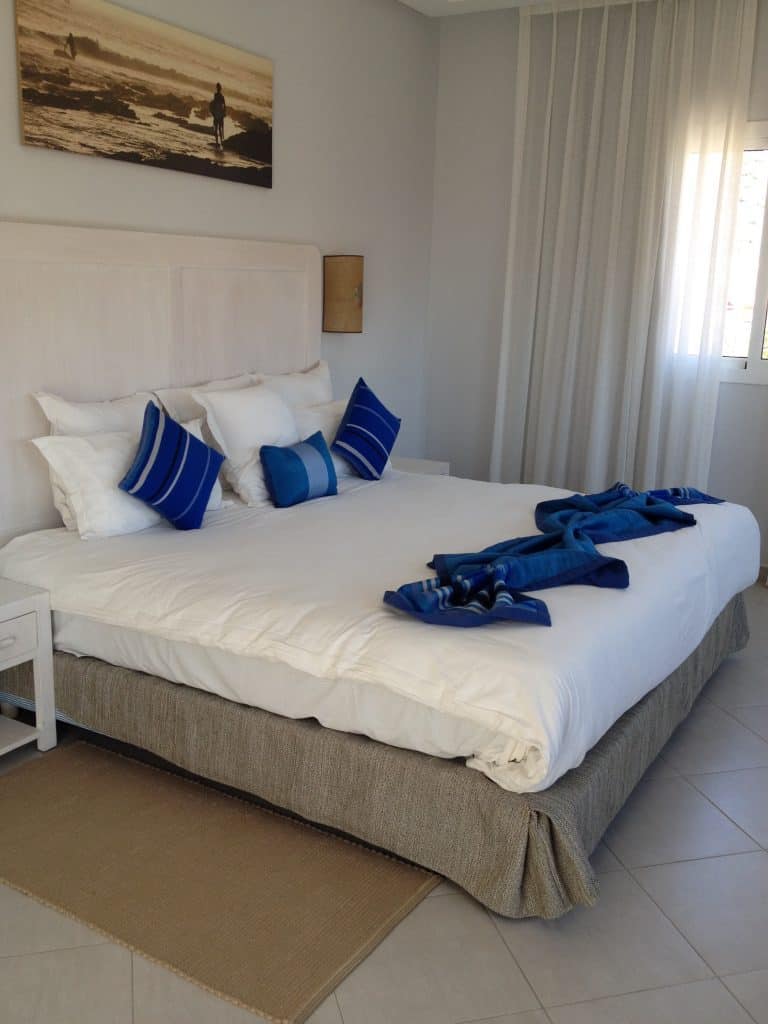 We had a huge room with two separate bedrooms, a kitchenette and living room plus a wrap around balcony. I only wish we would have stayed an entire week instead of just two days! On site there’s also a pool and restaurants so you never have to leave. Breakfast is included each morning and at night you can choose from a buffet or sit down restaurant. Both offer a mix of Moroccan and Mediterranean dishes. Paradis Plage is about 20km from Agadir and is surrounded by a small village. Down the road there are a few shops (in walking distance) where you can pick u snacks and staples as well as a few grills and snack shops should you just want something simple. 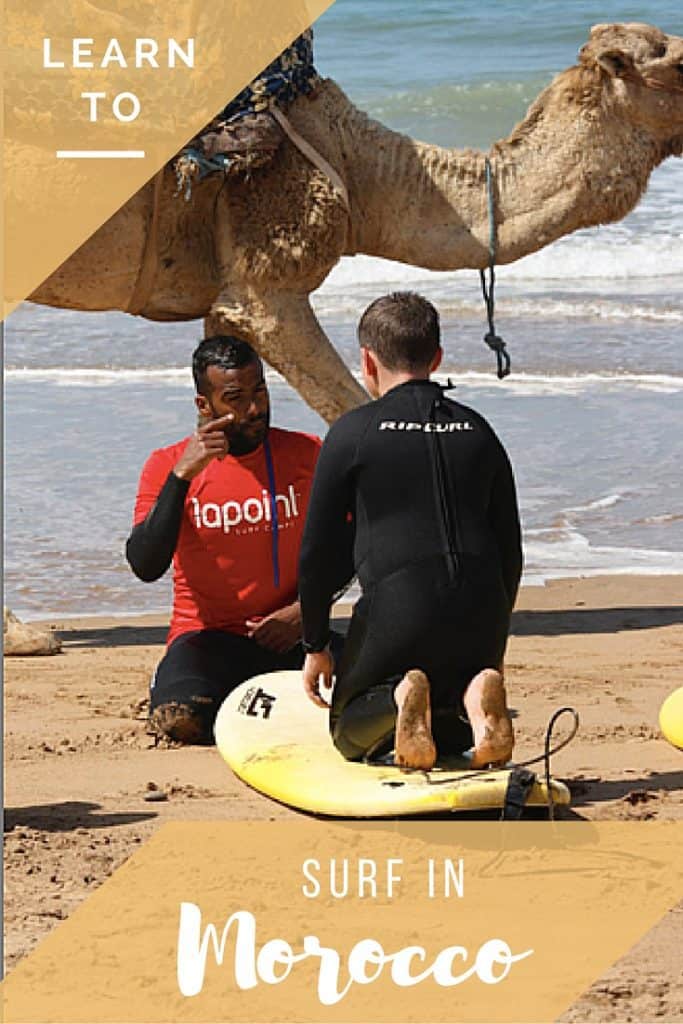 Morocco might not be the first place that comes to mind when you think of learning how to surf however the southern Atlantic coast is a great place for all ages and levels. More advanced surfers can visit other areas where the waves are higher. We can’t wait to go back!

[…] on the southern coast of Morocco between tourist-friendly Agadir and surfers’ haven Taghazout, Aourir is a buzzing little village to visit for a truer authentic feel, but still with the […]

What to Wear in Morocco: The Beach - MarocMama

[…] adventure seekers, a day riding the waves of Tagahzout’s coastline or taking up wind and kite surfing in Essaouira is the ultimate draw. A trusty pair of water […]

Hope to try this with my kids ....but do you have a recommendation where to get kids swim lessons in marrakesh?

Sorry not sure about lessons! Mine were already swimming when we moved. You might try at one of the local gyms that has a pool.

Nice article. Actually surf in Morocco can be as good as any other place in Europe or even better especially during the winter when Europe is frezing cold and the weather is still decent in Morocco.

I have travelled to Morocco a few times and as a beginner I never had a problem since you surf most times on beach breaks and currents are not problem there. Also, most places will speak several languages. Moroccan are very hospitality oriented and they will make any effort to please - make business with you ("same same!")

i would suggest that you visit some websites and companies before you travel since everything will be arranged prior to your arrival and you can book well in advance making sure you got the best places, airport pick ups, etc.