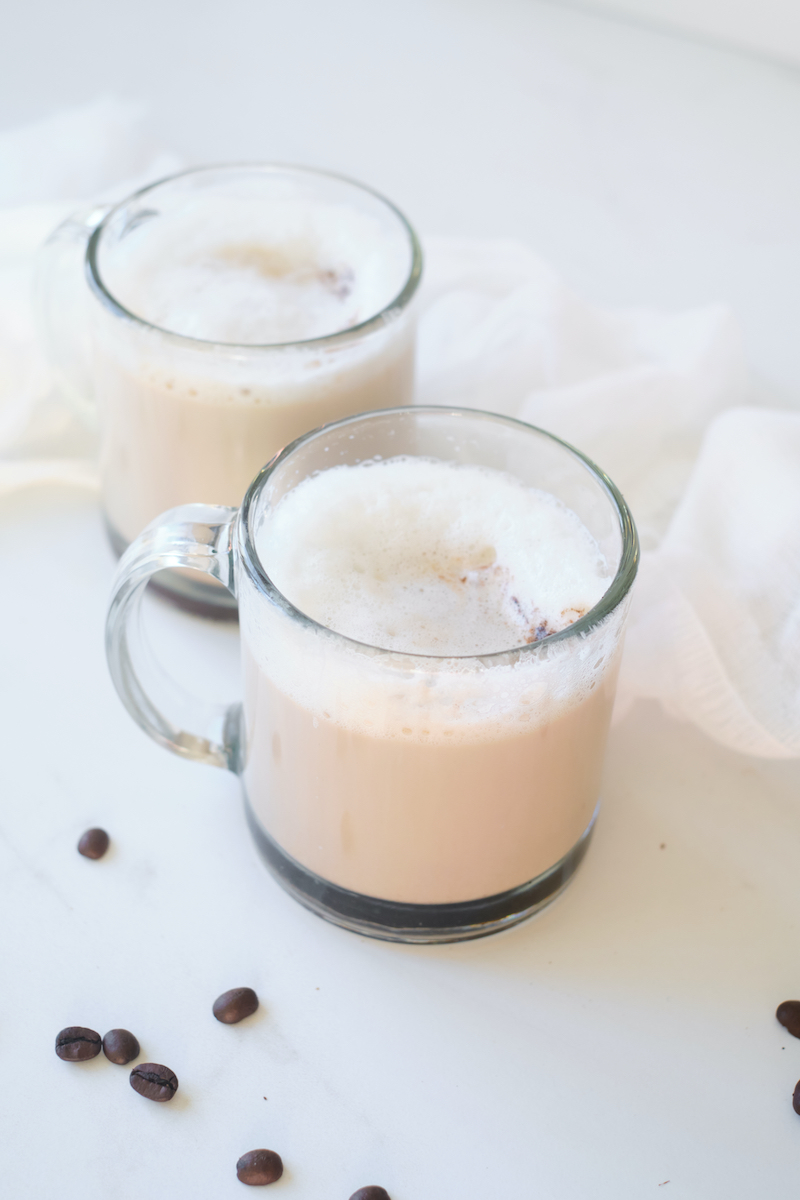 Morocco doesn’t have the coffee culture that a lot of Middle Eastern countries do. Tea is the de facto Moroccan drink. Coffee is almost never a breakfast drink though it’s common to see men drinking espresso beginning mid-morning. Here drinking coffee means pulling up a chair in a cafe and sitting for awhile. Y

ou’d never see a Moroccan standing at a bar and drinking coffee, nor would you see them walking with a cup of coffee in their hand. When Starbucks opened in Marrakech I was beyond excited that I could get a giant cup of coffee (by giant I mean over 6oz) and that I could take my giant cup to go.

There are two basic types of coffee that you can order in cafes. It’s either cafe noir or nous nous. Cafe noir is essentially a small cup of espresso. It’s most typically ordered by men who want a coffee. Nous nous translates to half and half. It’s half milk and half espresso and most typically ordered by women. I have no idea why this is but it’s totally possible to order either one no matter what your gender.

Moroccan coffee shop culture is a male realm. Visitors often comment on seeing shops around the country full of men sitting and chatting while enjoying a coffee or tea. This doesn’t mean women don’t have their own rituals – they do. You just won’t see them unless you go to someone’s house.

Culture dictates that women shouldn’t be out sitting in cafes, though this is changing with younger generations. Don’t think that women miss out, it’s quite the contrary. Women do gather and often look forward to an invitation to a friend’s home for “coffee time.” This typically happens in the late afternoons, sometime between 5 and 7pm.

So if you want to make your own nous nous how do you do it? It’s really simple!

Start with a glass of hot milk and fill your cup about 1/2 full.

Next use the frothing mechanism on an espresso machine or a hand foamer to foam the milk until it comes up over the lip of the glass.

Pack and prepare espresso as you normally would.

Allow espresso to drip into the cup of milk or slowly pour on top of the milk.

Serve with a few sugar cubes on the side if you want to sweeten it up!

Remember coffee here isn’t something to be guzzled down. It’s meant to be savored. Slow down. Take your time. Watch the people pass.

The "coffee" I have had with my husband's family when we visit Taza seems to me to be mostly hot milk with instant Nescafe in it and served in the morning. I guess it's just all in how you like it. When we visit again in September, I'll pay closer attention!

I think the milk tastes so much better there. Jibil I think is what we used. But I introduced my brother in law to Starbucks in the mall and he loves it now. The sugar was never sweet to me. Nus nus setta succar. Lol

That's another way that it is served - nous nous isn't the only type of coffee in Morocco but it's popular in cafes especially.

[…] local Kawa 16 and Pause Gourmand on Rue Yves Saint Laurent where you can order a good coffee or “nuss-nuss”, fresh smoothie, and light lunches or main […]

11 Days in Northern Morocco: A Photo Journal | Another Red Pin

[…] no day is complete without a sugary snack and a piping hot glass of mint tea! Or maybe opt for some Nous Nous if you need a delicious […]