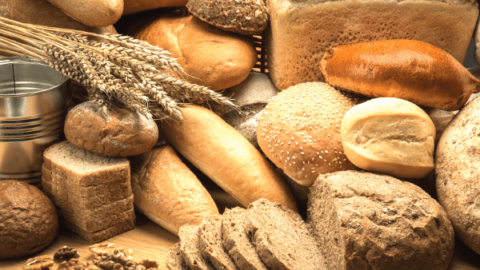 In  Morocco it’s almost unheard of to throw away old bread. Even though it is consumed at least three times a day, there is inevitably bread leftover. This bread is saved, reused if possible and if not, put into the garbage in a separate bag.  It’s then fed to animals. Instead of letting these day-old pieces go to waste, why not give them a second life?

I’ve gathered together several different recipes and ways to use bread that has gone a bit stale to make sure you’re not wasting what you have on hand.

What can you do with old bread?

It turns out you can do quite a lot! I have aways known to use old bread to make bread pudding. It was a standard dessert recipe in our house. I didn’t realize how many variations of the recipe were out there!

While many of these recipes use bread, you could use old bread rolls or really any type of bread to make them work.

One of the staple old bread recipes is to make croutons. Even if your bread is more than a day old (think 3 or 4 days) you can make croutons that are going to be eaten right away. I like to keep mine out on the counter for a few hours uncovered before I make these just to dry them out a little more.

Garlic Croutons from Beyond the Chicken Coop

These recipes using day old bread are mostly sweet and a little savory. There are countless ways to make bread pudding but the base is always old bread. I have tried making it with fresh bread and have found it does not work as well as older, drier bread does.

Breakfast Bread Pudding for One from One Dish Kitchen

Wondering how to use old bread without even knowing there’s bread involved? Some of these recipes are a great way to do just that!

Stuffed Bread Rolls from Spice up the Curry

How can you use old bread in your main dish recipes? So many ways! From salad recipes to pizza and even french toast here are a few items you can make today.

Panade with Swiss Chard and Onion from Farm Fresh Feasts 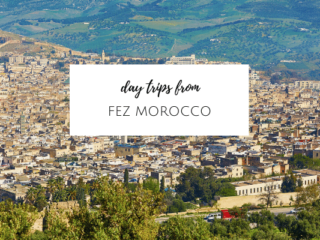 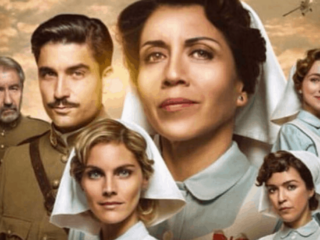 Movies and Series Filmed in Morocco to Stream on Netflix NOW!
Read Next Post →
Click here to cancel reply.

Thank you for all these recipes! When I was in Morocco a couple of years ago I had a soup that was simply called Bread Soup. It was delicious! I believe they said it was only found in that area of Morocco and I think we were in or around Ksar El Khorbat (Tinejdad). Are you familiar with that soup? Do you have a recipe for it?

Was it with actual bread or was it made with flour/semolina?

Thanks for sharing our croutons, just FYI my name is Aimee not Angie. But I can't wait to try some of these out!

So sorry! I'll fix right away!

Oh, man, that chocolate chip bread pudding looks wonderful (and I've got a cheesecake in the fridge, so that's really saying something!) Thanks for including my panade (though I'd rather have your bread pudding right now!)

Yum you bread pudding looks amazing! Thanks for including my recipe.