Should I Worry about Ebola in Morocco?

For months we’ve been watching the outbreak of Ebola in West Africa. I think the first mention was in February and while reports have ebbed and flowed,we have of course kept it on our radar. Just last week I noticed mention of it on the American news when one of the patients from West Africa was being transferred to the United States. I’ve gotten a few questions from people about whether or not they should be considered about this when visiting Morocco.

The simple answer is no.

But there is a need to at least keep your radar up. There is a daily flight to Casablanca from Conkary, Guinea and Moroccan airport officials have stated they have (for the good or bad)  increased security and screenings on these flights entering the country. Officials in the airports of affected countries are also screening passengers leaving for signs of ebola. The other potential concern is that in Morocco there is a migrant population from west Africa that enter Morocco through land borders, and are often undocumented. There is a slight risk that someone carrying the virus could pass into Morocco and remain unknown. However keep in mind this is a perilous trip and someone who was sick would be in a very difficult position to make the overland journey through the Sahara.

As American citizens living in Morocco we are in regular contact with the American mission to Morocco. Whenever there is a potential security concern or should the need ever arise to evacuate we are emailed and potentially called with directions and warnings. We have received no warnings or even alerts regarding ebola. While this doesn’t mean there’s no concern, it does mean that the American government does not view it as a threat to citizens residing in Morocco. Unless there are any cases that appear in Morocco, I don’t expect this to change.

It’s also good to keep in mind just how far away this virus is from Morocco. Conkary to Casablanca is nearly 1800 miles and the Sahara desert sits in the middle. Personally, I am not worried for my family but we do keep up to date on what is happening and if the virus is progressing.

My advice? Don’t let this stop you from visiting Morocco!

Defining {Home} When You're an Expat
← Read Last Post 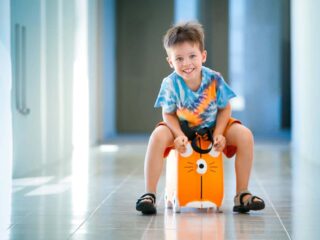 Really interesting and helpful for anyone traveling to Morocco

I've been watching the Ebola pandemic as I was planning to travel around West Africa in the near future. The fact that it could affect Morocco didn't even cross my mind (the Sahara's in the middle, as you said) but you're right, it's good to be on guard. Not paranoid, just wary.

Very sensible views here. And I kind of agree with Rebecca!

The Ebola virus, which has no cure, has killed at least 129 people here, and claimed more than 670 lives across the region. A top Liberian doctor working at Liberia’s largest hospital died recently, and two American aid workers have fallen ill, underscoring the dangers facing those charged with bringing the outbreak under control. Also recently, an official of the Ministry of Finance identified as Patrick Sawyer died of the disease at a Lagos hospital. As a means of containing further spread of the disease, President Johnson-Sirleaf set up a taskforce to help in the fight of the disease and ordered the closure of the country’s three land borders. The Liberian leader also ordered that public gatherings be restricted and communities heavily affected by the Ebola outbreak be quarantined.

Making the disclosure at a news conference held at the Ministry on Wednesday, July 30, 2014, Minister Dukuly, who is also the Vice Chairman on the National Ebola Taskforce, further disclosed that the deceased left the country two days before his death. Although Minister Dukuly did not disclose the name of the Liberian, who he said died of Ebola in Morocco, he averred that this means that there are many more people who are carrying the disease unknowingly. Against this backdrop, the Internal Affairs Ministry boss called on traditional chiefs to help inform their local people on the threat of the deadly disease. “You, traditional chiefs, are the owners of the land, and the land is under threat that I have not seen in my life before,” said Minister Dukuly. “Tell your people to stop running behind health workers. This may cause them to leave. For instance, Samaritan Purse, one of the partners, wanted to leave Lofa County due to threats they received from local people,” he warned.

While urging the chiefs to adequately inform their people, he reminded them that Ebola is real and does not have to claim more lives before people get to believe it. “We have a common challenge, which seems to be growing. This challenge is Ebola, and we need to fight it. Since the disease was discovered in March of this year,” he noted. He then lauded the Country Director of the World Health Organization (WHO) Dr. Nestor Ndayimirije for his care shown since the outbreak of the disease in March. According to him, WHO through Dr. Ndayimirije has provided technical and other supports towards the fight of the disease in the country. Speaking briefly, WHO Country boss, Dr. Ndayimirije said the disease can be prevented if people observe the necessary precautionary measures.

He disclosed that Ebola has killed 166 people since its outbreak. Of this number, he said, over 20 health workers have died, while over 45 more are being affected by the disease. Dr. Ndayimirije also disclosed that a total of 329 cases have been reported since the outbreak of the disease. “You are the local leaders, tell your people to please support health workers and not to chase them. Samaritan Purse on yesterday said it will not continue because its workers were attacked and chased in Lofa with one of their staff wounded in the process in Foya. Please tell them to stop playing with dead bodies,” he warned. For his part, the Chairman of the National Traditional Council of Liberia (NTCL), Chief Zanzar Karwor, accepted the request from government and its partners to help in the campaign. However, he urged that the government shows videos of patients and people who have died from the virus. s Dukuly

I'm publishing this comment but everything I've read has said that there is no ebola in Morocco. There have been some people who have had "symptoms" - but were not in fact ebola. Anyone visiting should of course keep up with the latest news and this could change at any point. I will update this post if I find out anything differently. We are keeping track very closely.

That's reassuring! I suppose "Take reasonable precautions but don't disrupt your plans based on the remote possibility of contracting an illness" doesn't make for such good headlines, though...