When I told my mom I was going to Istanbul last November, she followed up by saying “are you sure that’s a good idea?” Of course mom, why wouldn’t it be? Then there was a bombing in Ankara a few weeks before the trip and she insisted, “well you’re not going now are you?” Of course I’m going mom, Ankara is not Istanbul. This was the start of my travel in so-called “danger zones.” 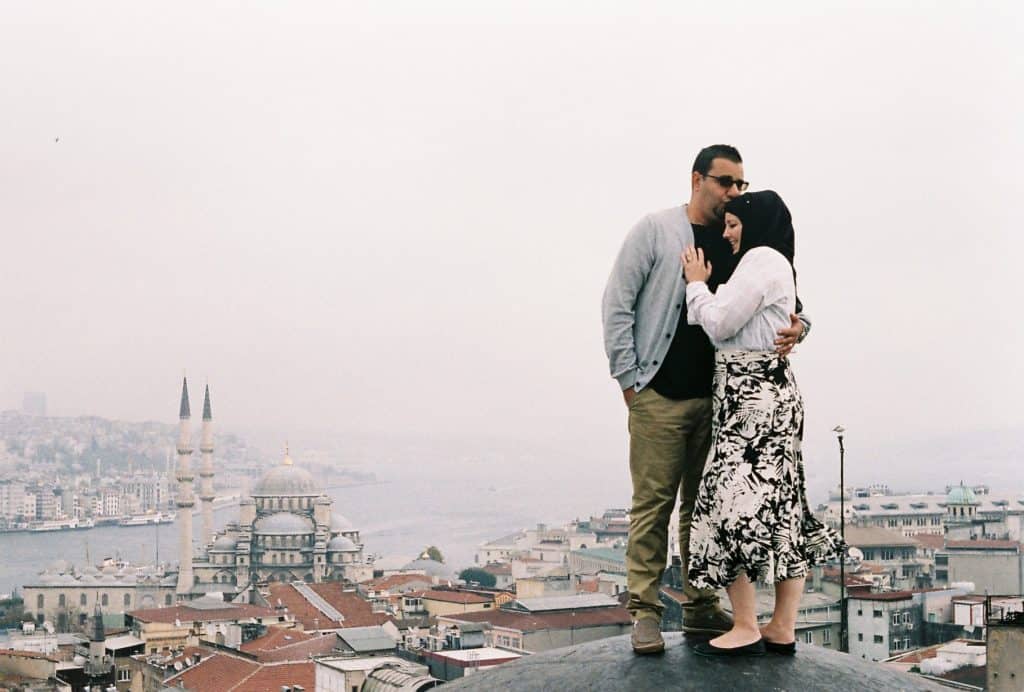 Istanbul proved to be full of love!

When I told my husband I was going to Tunis in December he was nervous. He wanted me to think twice. He wanted to know where I would be, who I was with, how would I get around. In fact he begged me to stay in the hotel. I insisted I wouldn’t.

Maybe you think I’m reckless, and maybe I am but I believe one thing. What’s meant to happen is what will happen. Maybe that means I will be in a terrible accident. Maybe I will be in a place where there is an attack. Maybe I won’t. It’s not up to me to decide. But it is up to me to make decisions that look forward and not hide in fear of the unknown.

I did take the concerns of my family into consideration, I thought through their arguments but ultimately deep in my heart I knew they were misplaced. Our world feels like a very scary place today. Every day we’re being bombarded by messages of fear and terror. It’s easy to retract.

If you let yourself, it can become overwhelming.

When I landed in Tunis it was well past dark. The airport was completely empty – more empty than I had ever seen an airport. I exited and looked for the driver that was waiting for me. There were only three people in the terminal. I was so confused. He hustled me out the door speaking in rapid Tunisian Arabic and I struggled to keep up grabbing just bits and pieces of what he said. You’re here. The plane was late. The driver is waiting. It was outside he handed me off to a waiting driver. 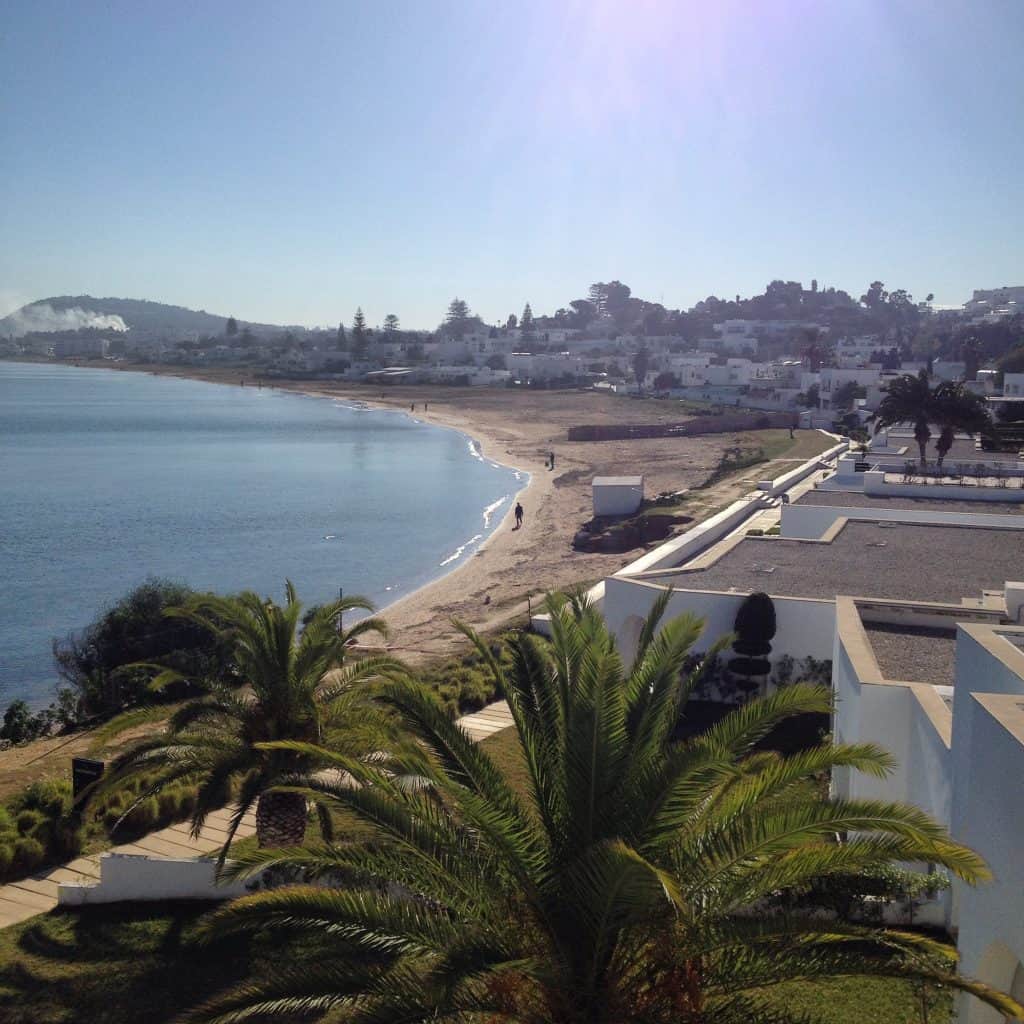 The driver was standing with cab drivers and what appeared to be family members waiting for others from the flight. But this was all more than 200 meters from the actual terminal. What was going on?

In the car I learned the driver didn’t really speak English so we began talking in Arabic as rushed through the streets. I apologized the flight was late. We talked about where I was from, why I was there. He welcomed me effusively. Then he mentioned something that sounded like curfew. I assumed I misunderstood. I asked him to repeat it, and it was then I learned Tunis was under a curfew every night. Everyone had to be off the roads and inside by midnight. It was nearly midnight and it was then I realized why the streets were nearly empty.

I started having second thoughts. There were police and security at every turn. The next day I spoke to Tunisian participants at the conference where I was speaking. “Oh you’ve never been somewhere that a curfew is in place?” It blew me off my feet. Of course I had never been in a place where a curfew in place! Of course it was new and strange to me – but it wasn’t to them. They told me it was just a part of life, sometimes there’s a curfew, sometimes there’s not. It’s just the police and military doing what they can to keep the city safe. It’s ok, just part of life they said. There’s no point in arguing with that. 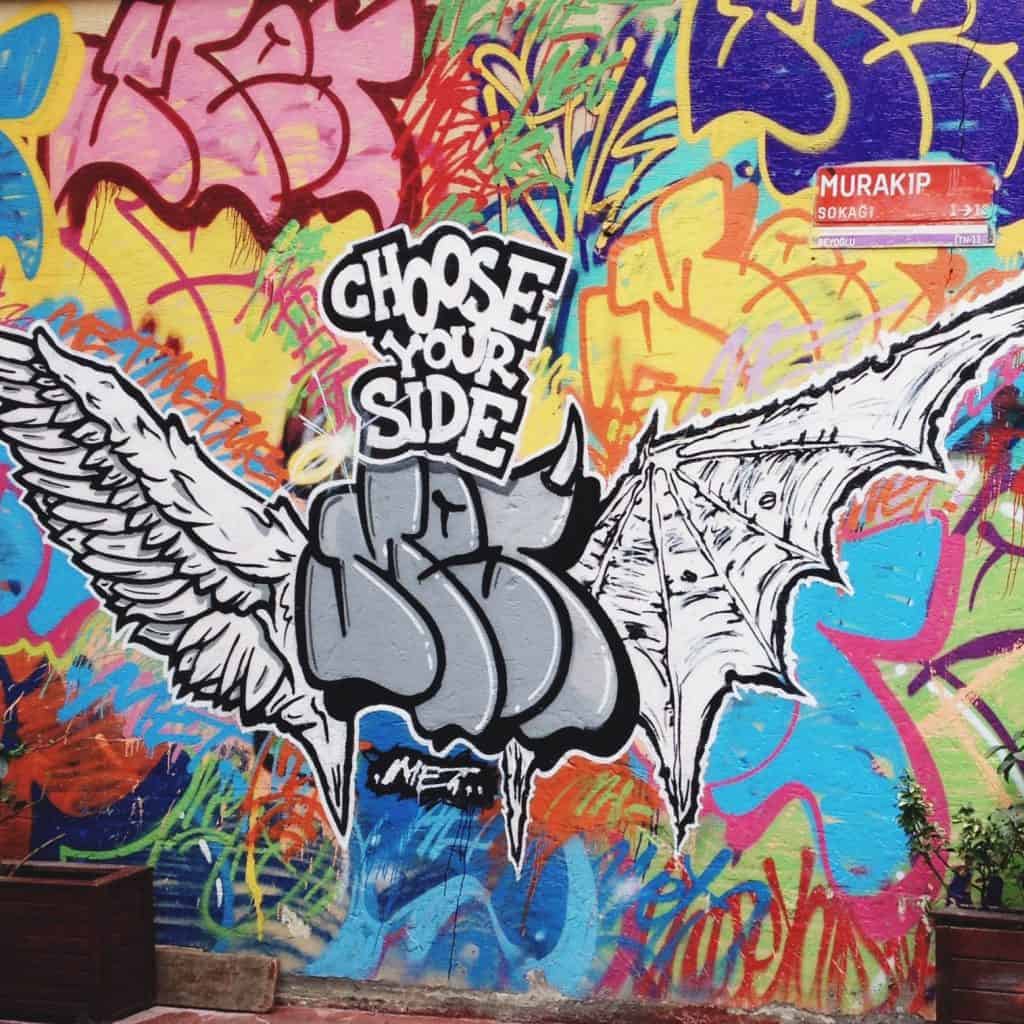 Aside from the alterations to life that were made to accommodate a new security reality, life was the same. People were going to work and doing their shopping. Kids were in school and playing outside. But the tourists, they weren’t there. Maybe because it was December, or maybe it was because they were afraid to visit Tunisia. I don’t know the answer but I do know I would go back, with a curfew or without.

When I hear the things pundits and people say about Muslims, about Tunisians or Moroccans, or others it breaks my heart. These people are my friends, my colleagues, and peers. They have experienced more in the last five or ten years than we could even imagine. They’re working everyday to bring stability to their homes and remove the tarnish that now hangs over them. They love to share their cultures, countries, foods, and homes. They are proud of who they are and where they come from.

I am writing this today to tell you, it’s important to be conscious of realities in our world today. But I am also writing this to say I will not stop traveling out of fear.

The way that we end divisiveness in our world is to come together.

If you don’t understand a people or a place – go there.

Destroy the stereotypes in your mind.

I’ll be right there with you. 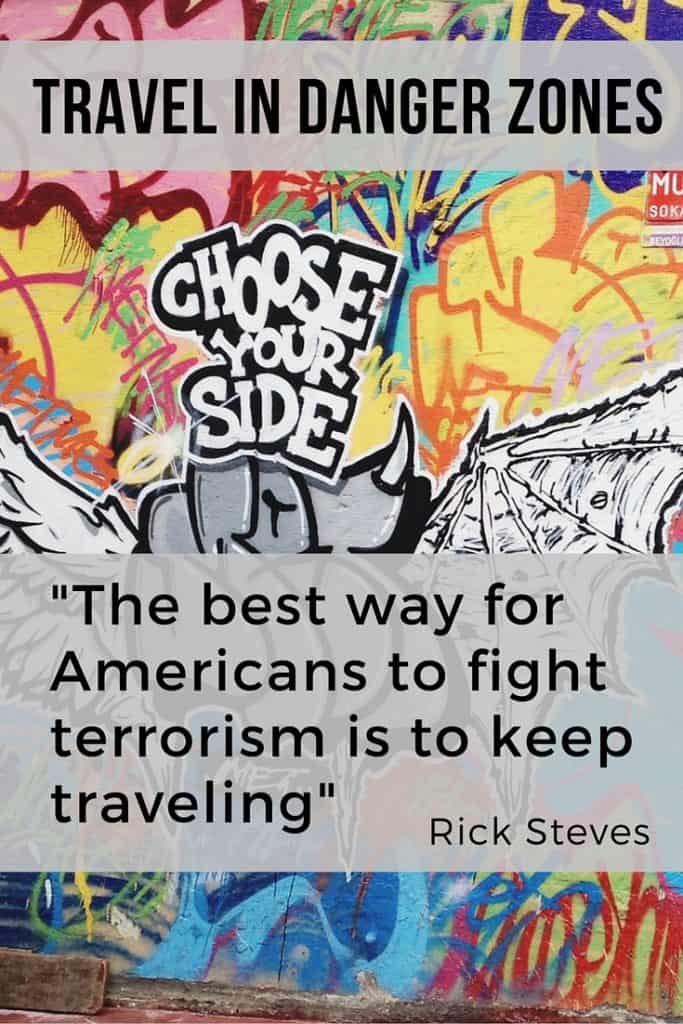 I love that sentiment so much, Amanda! Thank you for sharing it with us and thank you for traveling on. I agree with you, that there is no better way than to break down stereotypes, ignorance and fear than actually going to places and meeting people. And yes, if your time has come, your time has come, but that will eventually happen to all of us wherever we are or hide in the world.

I thoroughly enjoyed your article: a great message of love and peace to mankind.

We definitely need more of this to challenge our prejudices and fear of the unknown.

Amanda, you are so right! If you live your life in fear you will miss ... well life.

Charley - how about sending me a fish ball sandwich?

Hear, hear! Thanks so much for this post; I'll be sharing it with friends who have succumbed to the anti-Muslim hysteria in this country. I wish the world had more people like you in it!

I'm convinced we're out there - we just have to speak up!