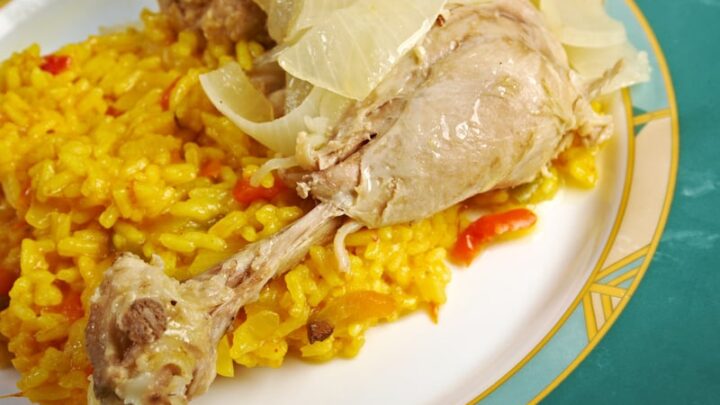 Today’s post comes from Kimberly of Muslimahs Working at Home. I’m thrilled to have another African recipe to contribute. Even though Ramadan has now come to an end I have a few more recipes to share. I had hoped to get them all up before the end of the month however with packing and traveling I’ve gotten completely off schedule. I’m sure you’ll enjoy this recipe anytime of year.

During my second year of marriage, and second Ramadan, I stumbled across a traditional Senegalese recipe in the local newspaper. Fast forward 16+ years, and this recipe is still a favorite go to recipe that we enjoy sharing with friends and family each Ramadan.

The dish is called Chicken Yassa It’s a savory, flavorful, stewed chicken dish that’s served over white rice. In Senegal, it’s traditionally served from on great bowl to all of the guests as they sit around the bowl, eating from their own individual sections using the right hand (Sunnah style!). Being in the US, most of my guests prefer their own plate, which is fine too.

The cooking steps for Yassa involve marinating, roasting, and stewing the chicken. I’d always considered it a rather labor-intensive dish that required me to prep the marinade the night before. My first Yassa recipe came from the local newspaper and I discovered years later that it was a “modified” version of the true Senegalese recipe, ingredients and method of preparation.

The newspaper version of the recipe features easy to find ingredients that yield a very tasty result, so it’s the one I’ve continued to stick with and happily share with you today. This Ramadan, I think I’ll buy a large bowl with a bright, festive design to fill and serve from the next time I make it!

Prepare the marinade in a non-reactive bowl by adding lemon juice, minced pepper, sliced onions, salt and pepper. Add the chicken to the marinade, making sure all pieces are covered, and then cover the bowl with plastic wrap and place in the refrigerator overnight (3 hours minimum).

Preheat the broiler. Remove the chicken pieces from the bowl, reserving the marinade and onions. Place the chicken in a baking sheet and broil until lightly brown.

Remove the chick from the broiler. Heat the remaining tablespoon of peanut oil in a 5-quart casserole Dutch oven. Remove the onions from the marinade bowl and cook them slowly until they become tender and translucent.

Add the remaining marinade and heat thoroughly; then add the chicken, pricked chile, olives, carrots, mustard, and water. Heat slowly to a gentle boil, and then lower the heat and simmer for about 30 minutes (or until the chicken is cooked through).

Season with salt and pepper to taste and serve over white rice.

Insha’Allah you enjoy this dish as much as we do!

Thank you so much for sharing Kimberly! 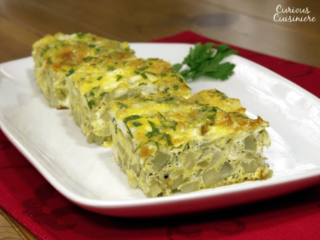 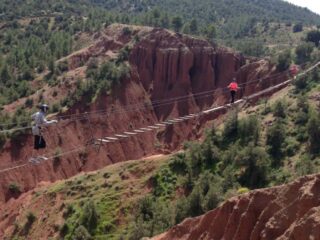