I am so, so excited to share this post today because Iran is the #1 destination I am dying to visit. The truth is even a year ago I wasn’t really sure if it was even possible for me, an American, to visit. Around the same time as I pushed Iran off my travel list, I started to wonder if there were any Muslim women travelers (either solo or with partners) in the blogging world. If there were, I hardly ever saw them. Then, when I posted my first picture from Lisbon, Matin popped up in my Instagram feed.

She was an Iranian woman studying in Lisbon! It was this encounter that got me to start thinking about Iran and now I know should the stars align again and I am able to make it to visit, she’ll be the BEST tour guide ever! Matin blogs at Travestyle and regularly shares insider information about travel in Iran. Consider it your one stop shop for the REAL side of Iran. I asked her to write this post as a part of my series on why people should visit an Islamic country. I can’t wait to visit Iran (and Matin) one day soon!  You can also connect with her on Facebook, Twitter, Pinterest, and Instagram.

The Middle East – this cradle of civilization which has become the showcase of terror, wars, agony and constant suffering. Once splurging freedom of religion slogans and now not even different sects of one religion get along. Whether you put the faults on the religion, the people or the west it’s another story but now it’s about avoiding those looks of your family and friends when you’ve spit out the news on your next adventure to Iran!

“Isn’t there a war going on there?”

There are a few countries in the Middle East where travel comes with its risks but there are also others where risks are similar to chances of getting robbed in Paris or Barcelona yet their reputation is hijacked by terrorist groups of the region.

Iran, a country surrounded by the battleground of Taliban, AlQaeda and recently ISIS, and that one big influential country in the Middle East which doesn’t share the Arabic language or Sunni sect of Islam has been keeping things under control better than you think.

But how’s one to convince others when they’re constantly bombarded by propoganda?

Here are a few ways:

Get your facts straight

Some of you will already know a lot about Iran due to reading blogs, watching documentaries or getting your news from trustworthy sources. If your only excuse to travel was a few pretty pictures on Facebook and visiting Persepolis then you need to get your facts straight. These might seem obvious and stupid at first, but hear it from an Iranian: I’ve seen people who think Iranians ride on camels! And not only once!

Here are a few others to get you started:

There’s no war going on in Iran and terrorist attacks happen very very rarely! Around 3 decades ago Iran went through the longest war of the 20th century with Iraq. Since then the country has been at peace. This might come as surprise but thanks to the people who assure our safety, terrorist attacks happen once in a blue moon and haven’t occurred in years.

Iran is the only country where the majority of its population are Shia Muslims. The differences between Shia and Sunni are not that drastic, yet it’s always been a major issue into creating a not so friendly relationship with the Arab league.

Iranians speak Farsi (Persian) and NOT Arabic. Iranians will hate you for this . The two languages are extremely different in routes. Since the Arab invasion of Iran, Farsi has been written in Arabic letters with a slight difference and a lot of Arabic words have made it to the Persian dictionary. But it does not by any chance mean an Arab will understand Farsi or the other way around.

Another wrong assumption which is constantly portrayed incorrectly in films about Iran is about clothing. Iranian women do wear the hijab, but veils are almost non existent.  It’s just not in the culture.

Polygamy is actually quite rare.

While civil law in Iran does allow men to have more then one wife through the approval of the first wife or other circumstances, Iranian men are finding it hard to keep one wife, let alone more! Polygamy used to be a lot more normal and easier decades ago, but it’s currently seen completely negative and frowned upon. Hardly anyone dares! 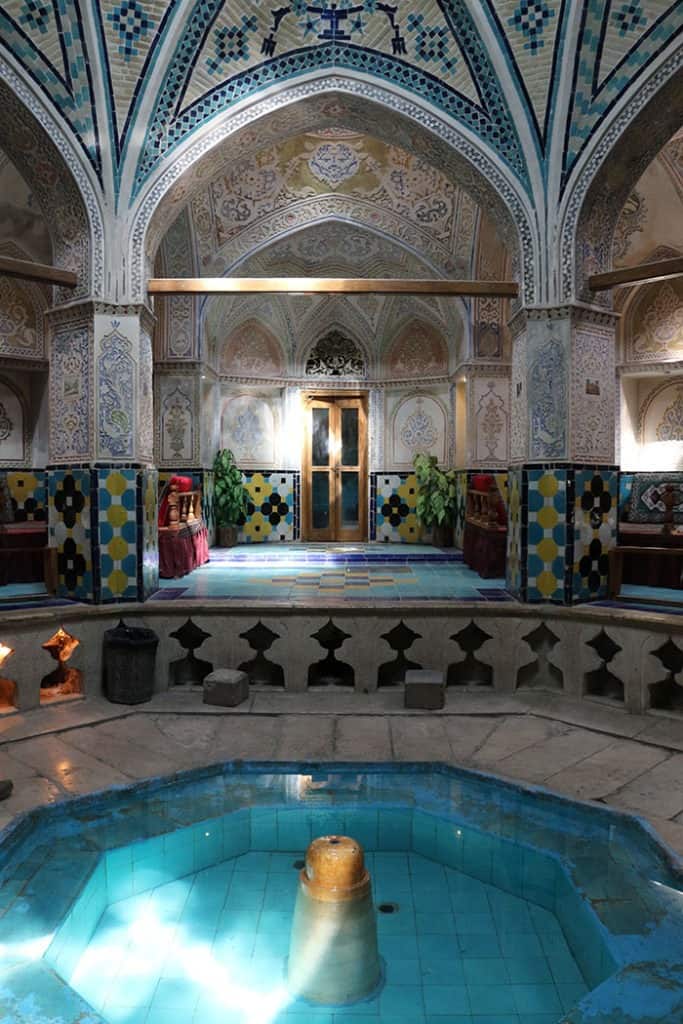 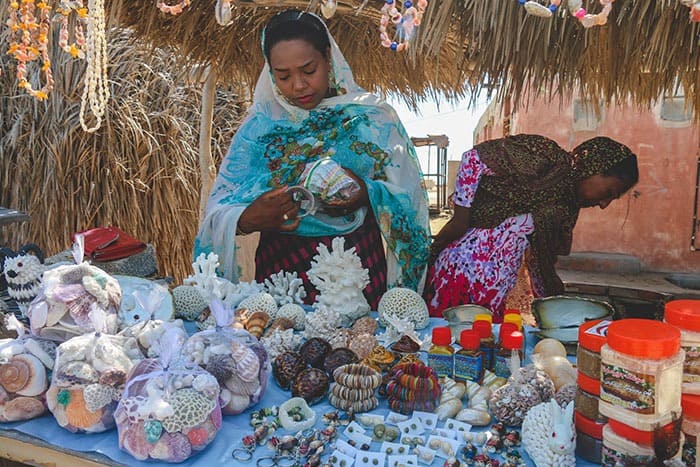 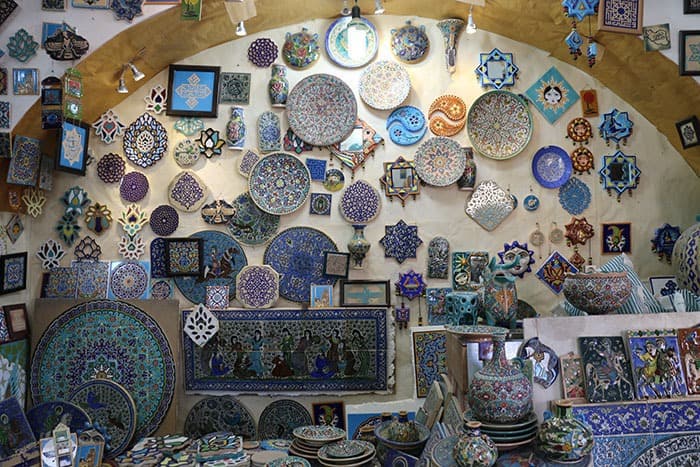 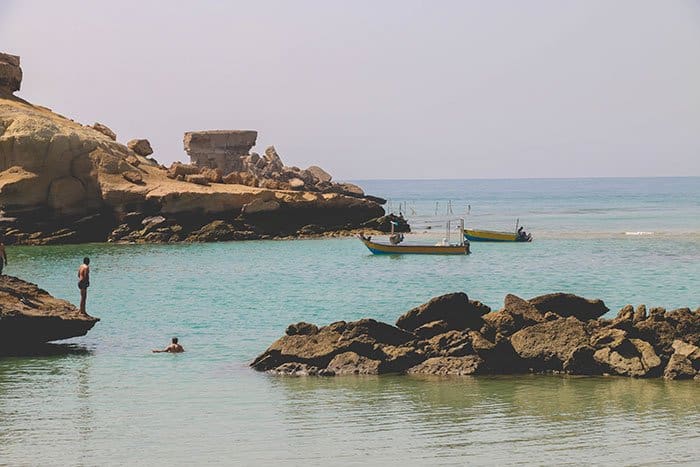 When it comes to finding your sources for Iran, try finding blog posts written by either locals or travelers who’ve recently made a visit. Do keep in mind that Iran has dramatically changed in the last couple of years. It’s great to talk to Iranians, but if you’re getting your info from someone who’s left the country before the revolution or hasn’t been to Iran for over a decade you’re not really going to learn muchof the current social status.

Read from people who are not gaining money or reputation by taking the sides on the matter. You’ll find them to be the most honest sources

Look into your options: Backpacking Vs. Tour group

There are a few nationalities (American, Canadian, British) who are required to join a tour company when they travel to Iran. Most others get a 2 week visa and plan things as they please. Your family might think a tour company is the safest option, but honestly it’s just the easier way.

Whether your traveling solo or joining a tour group it’s great to make some Iranian friends before you arrive. Couchsurfing is your best option if you’re coming as a backpacker, other than that all other social media platforms are great. Just let them know that you’re traveling to their country soon and you’ll be surprised how much they’ll try to help you out. You might even find people who are willing to show you around when you arrive or invite you for a Persian dinner. 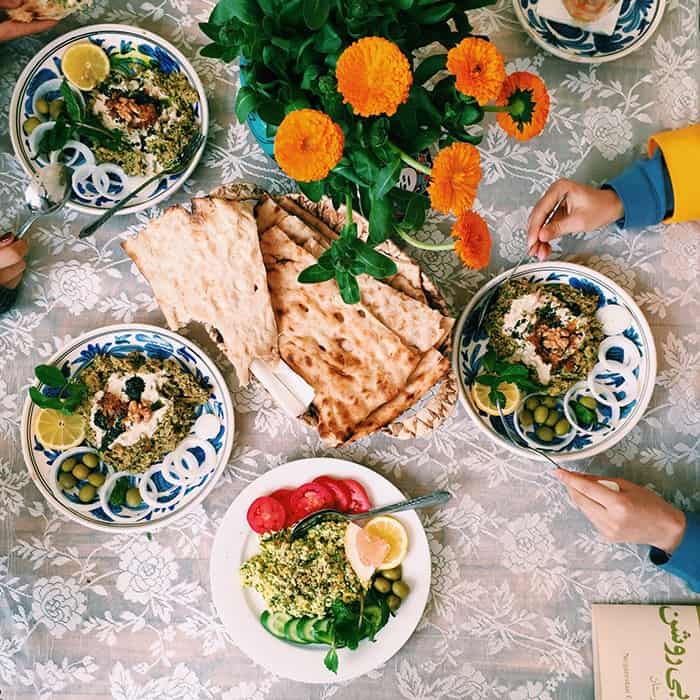 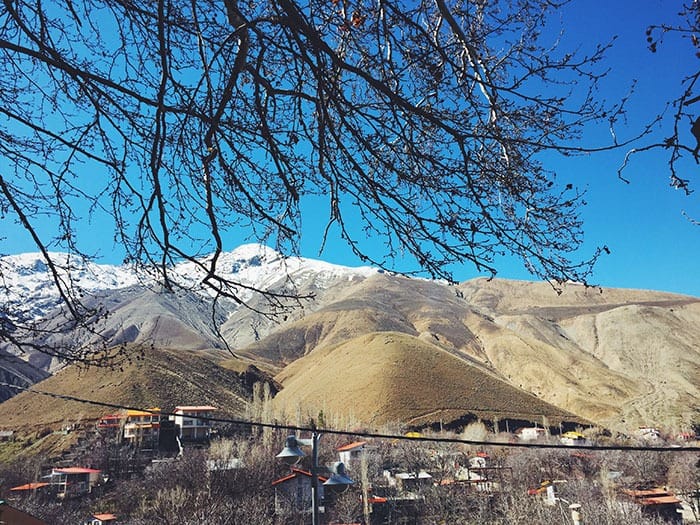 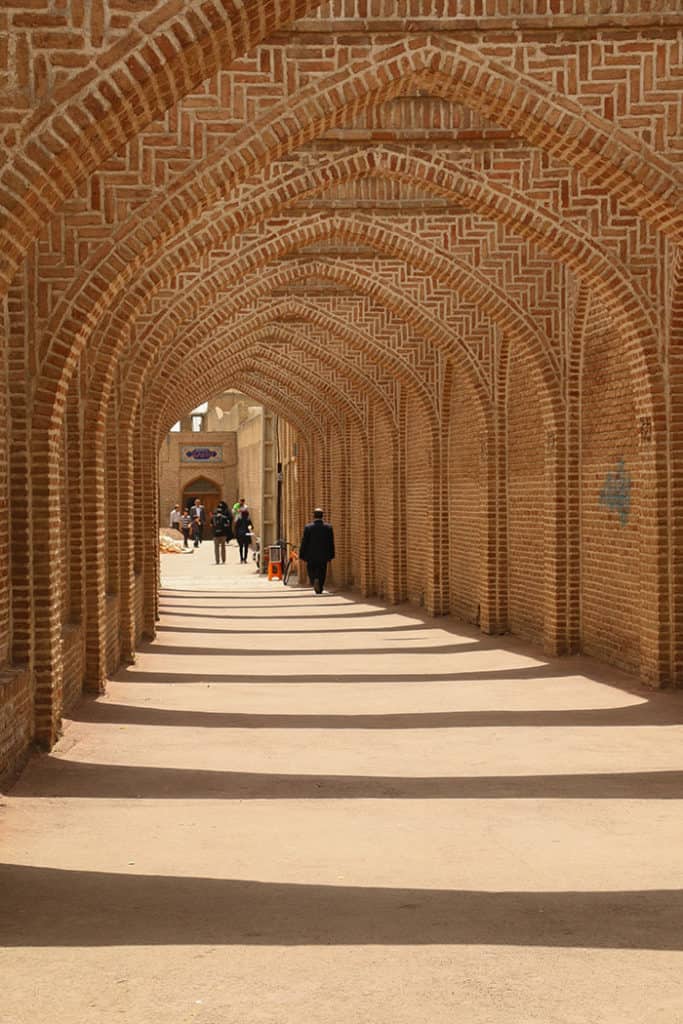 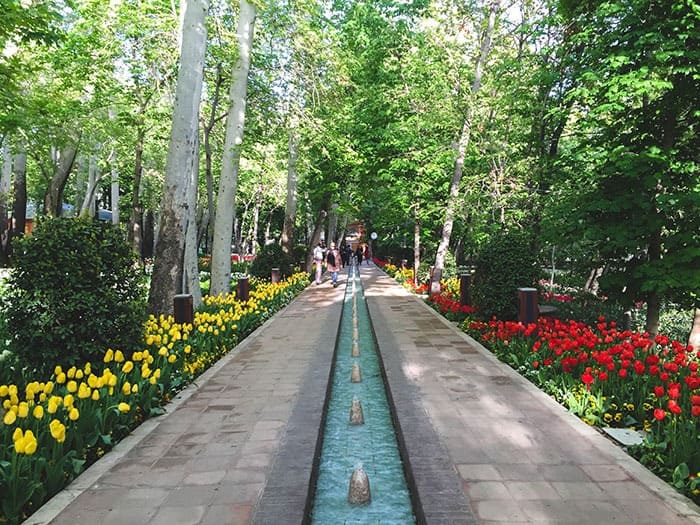 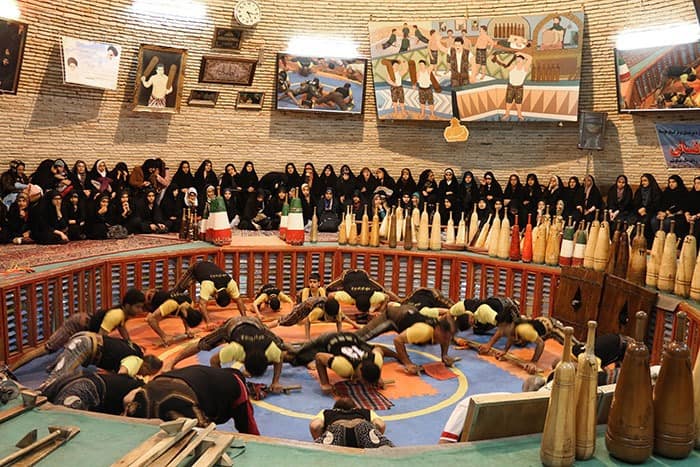 At the Zoorkhaneh (traditional gymnasium) in Yazd, Iran

If a Western source makes you feel better then don’t worry. There are a quite a few really good documentaries on Iran by Western sources which focus on the socio-cultural aspects rather than dirty politics. Rick Steves, Anthony Bourdain and Diego Buñuel (Don’t tell my mother I’m in Iran) have made some great ones that are worth watching.

You might get a few on board and win the heart of your parents over a few lectures and all those mentioned above, but honestly no one will probably believe you that much. You’re probably not even so sure about the whole plan yourself. It’s time to throw cautions to the wind and trust your gut. Everyone’s bound to be jealous when you come back with a hard drive packed with photos and some yummy souvenirs. The best way to understand a misunderstood nation and country is to get over there and see it for yourself.

What’s an adventure if you already know what’s waiting for you?

Planning to visit Iran – here’s an example of how to spend 10 days in Iran! 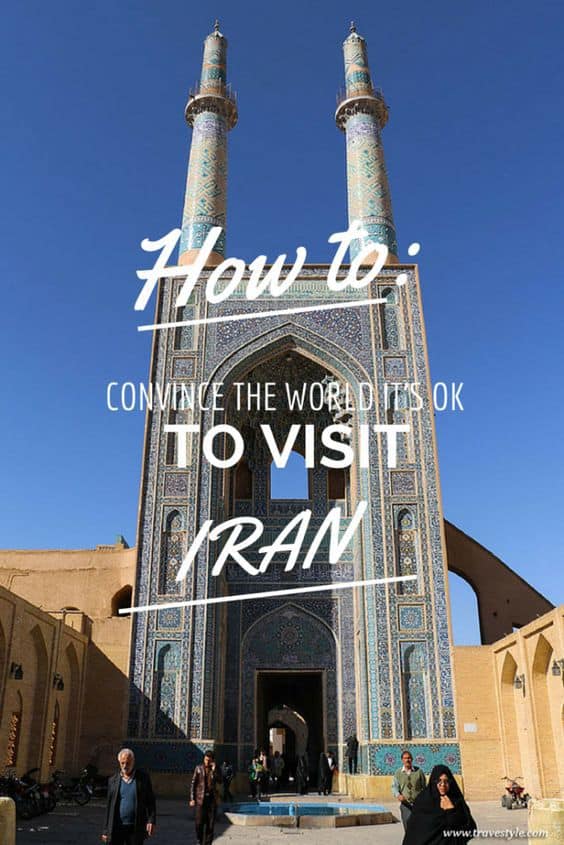 Hi Miranda, yes you can, I and my family taveled to Iran 3 months a go, We booked our travel services like flights online and with credit card through https://1stquest.com/flight

There may be limitations depending on the country originating from. I don't think US citizens for example can purchase using US credit cards (I could be wrong!)

Thanks for your helpful information, do you know how can I book domestic flights in Iran?

So sorry but I'm not sure the answer to that - I'm guessing a travel agent in country might be able to help.

Thank you for this. I did seriously consider, and start looking in to, visiting Iran many years ago but alas it was not to be at that time. The desire is still there - sometimes dormant but recently it has been bubbling away again. Reading this article has helped those bubbles get bigger!

I'm really happy to read such a good post about Iran . I'm an Iranian who lives in Europe and if I be honest most foreign friends of mine are afraid to travel to Iran or even ask some unbelievable questions about Iran. and sometimes i have really no Idea how can I explain to them that they're wrong ! thank you for so much for sharing this and for beautiful pictures from my home town .

My pleasure. I really hope to make it to Iran soon. It's at the top of my travel wish list!

I love my country & I am proud to be Iranian