This year really tested my faith in a lot of ways. In the US it’s common to hear among Muslims (and specifically convert Muslims) how they simply can’t wait to move to an Islamic country for some type of Muslim-utopia they’ve imagined exists.

Frankly, I’m far too cynical to even believe this exists (nor do I really know if it’s something I want to exist).  I went through a lot of stages in my culture shock journey. Some I wrote about here, some I wrote down for myself, and some I tried to quietly stuff away. I try not to be negative, but I do promise to be real. 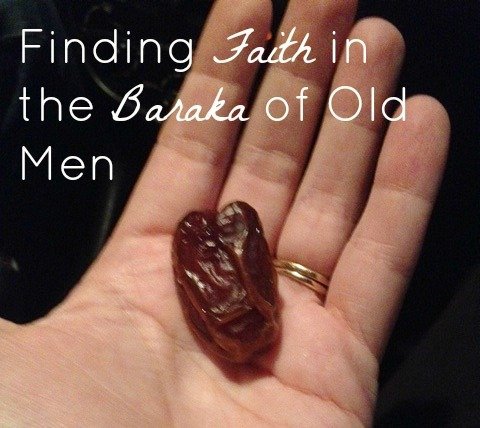 One thing that tested me to the limits was the unwanted attention of men. It’s somewhat unavoidable and for a long time I was terrified to even go out without my husband because I just didn’t know what to expect.

Before we moved I had lost 100 pounds and was struggling with my new body, the added onslaught of attention was so outside my comfort zone. I’m happy to say I’ve moved past that. It was so bad that for awhile that I harbored a very negative opinion of men in general.

Older men (in the 30-50’s range) frankly made me nervous and scared me. I’m not writing this to stop anyone from visiting because in truth nothing has ever happened to me aside from some catcalling and lingering looks. My feelings were a mixture of my own feelings and emotions.

But this was a transformation that hardened my heart. I wavered in my faith, I wondered if I was still in the throes of culture shock, and as I wrote in another post I stumbled through what should be a wonderful month, my first in Morocco, of Ramadan.

The night before we left the country for our vacation in the US, I had the encounter that brought tears to my eyes and took me full circle.

It’s made me stop to take time every day to pray, a practice I had wandered far from. It’s also made me really consider why I had grown so hard. That night, after the breaking of the fast and evening prayers, I walked out the door to our car.

Normally, men in our neighborhood – especially much older men (60+) divert their eyes and walk past. But, that night was different. An older man, probably in his 70’s walked past and looked me in the eyes with a smile, softly said a blessing and pressed a date into my hand. It sounds so simple, but I was completely choked up. If you read my post on Multicultural Kid Blogs, you’ll know my “Ramadan in Morocco” experience made me sad, but this one interaction redeemed me.

I got into the car and then I began to think about experiences in the weeks leading up to this point. Interactions where I was met with kindness. It occurred to me that in both Portugal and Spain, the two places I’d been to in May and June the most memorable encounters were with men over 65.

In Portugal, MarocBaba and I found ourselves a bit lost and looking for our way to a tram in Lisbon. At a stop where we obviously looked confused a man came up to us and asked, in Portuguese, where we wanted to go – or at least that’s what we guessed he asked.

We decided to try and ask in French (most older Portuguese people speak French or at least understand it somewhat), how to get to the tram station. He was so patient and explained the best he could with the addition of hand signals where to go. Again, so simple but as two people who would easily be identified as Muslim/Arabs we’re not always treated so kindly.

When I went to Spain with my best friend we were in Ribodesella, a very small city on the northern coast. Where we were staying was a long walk (like 3km) from the bus station and on a portion of the Camino de Santiago. We only traveled with backpacks so I get that we could be looked at as pilgrims.

The area was really rural and we crossed paths with an old man heading in the opposite direction. He stopped us and (again this is us guessing what he said) asked us if we were pilgrims on the walk by indicating with his outstretched hand the symbol for the camino (a 5 ribbed seashell).

We told him we didn’t speak Spanish but he then gave what I took to be a blessing for our journey. My few times sitting through a Catholic mass may have paid off.

All of these encounters on their own really could just be considered coincidence. But to me they were all linked together. Month after month I built up more and more resistance and frustration – so much so it was like a block I couldn’t get through. But each friendly encounter, each baraka bestowed on me, knocked down a layer of defense.

Baraka means blessing in Arabic, and I’m certain the blessings of those men, in their own ways were the turning point I needed. All it took was a few simple acts of kindness to turn my world upside down. With so much sadness, anger, and bad news around us, I have one question.

What small kindess will you do today?

Salam, greeting from an indonesian traveler. Hope that someday we would meet somewhere between our journey.

I have traveled twice to morrocco and always love the food there,:)