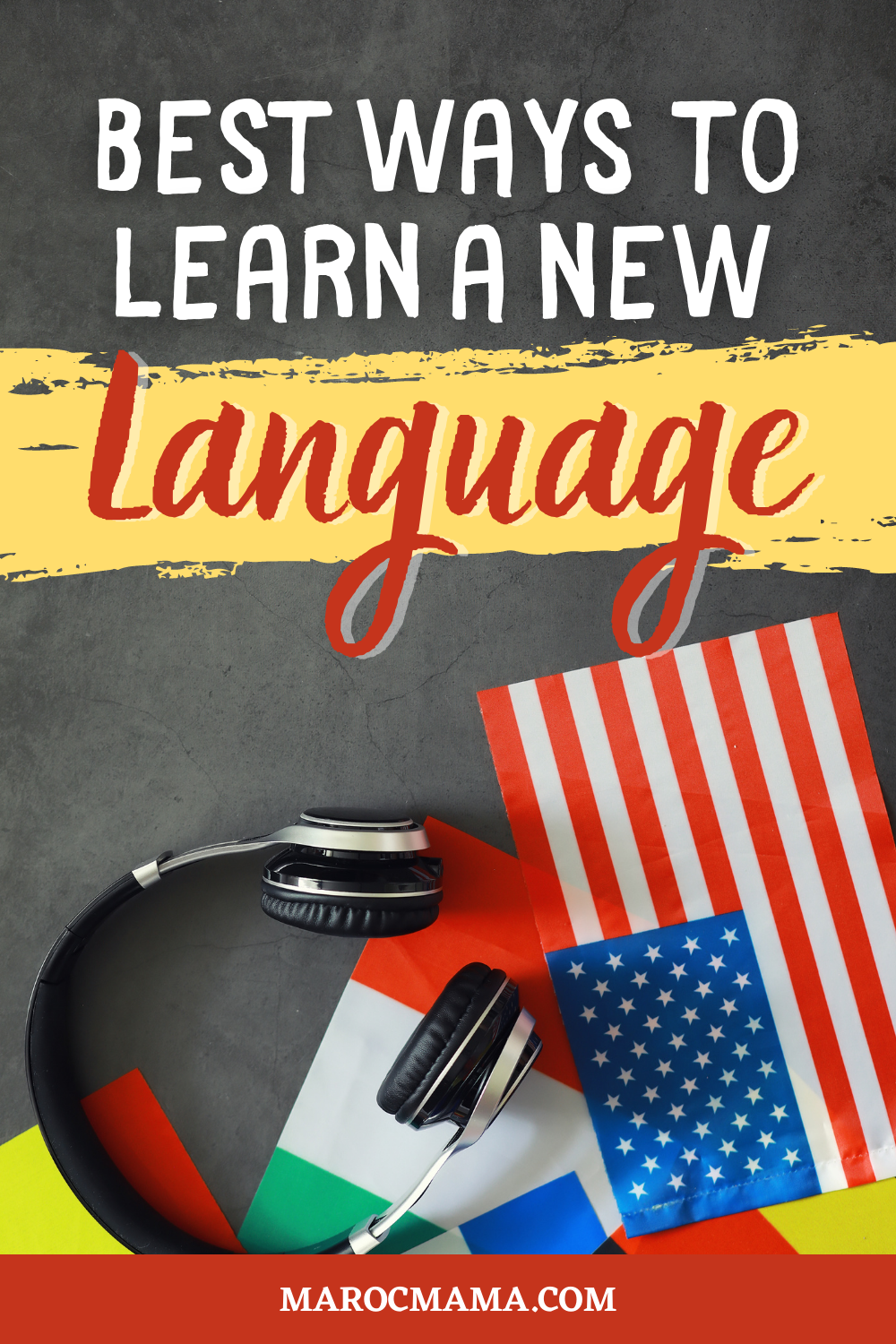 Maybe you’re an exchange student. Or maybe your next hot date doesn’t speak your language, or your work is sending you off to a foreign branch. Whatever the reason, learning a new language is no small undertaking. There’s no single great way to do it, but some ways are definitely better than others.

A word of warning: The most effective, most rewarding methods are also the scariest. It’s also worth noting that no two people have the same experience. There is no single best way to learn a new language. It will be very dependent on you, your learning style and your commitment to the process.

The Hardest Ways to Learn a New Language

One of the most efficient ways to learn a new language is the way that many children do it: 100% immersion. That is, be surrounded by people, products, and media that communicate in no other language except the one you’re trying to learn.

If that sounds extreme, it is. But it’s why children don’t struggle with language as long as adults do when they try to learn a new one. If your brain knows that there is no plan B, then it will work overtime to keep up. If you feel that you can always fall back on your old language, then your brain won’t work as hard and you won’t be as motivated.

You’re going to have to learn to be humble when learning a new language. Mistakes, including highly embarrassing ones, are inevitable. They’re the mistakes that children make. It’s cute for them but mortifying for us big people that take ourselves so seriously.

Loosen up and be willing to make mistakes when using your new, wobbly language skills.

If you’re currently trying to decide if an overseas move for language immersion is right for you consider joining my (anytime) masterclass program New Country, New Language. I’ll help you through the pros and cons, give you a incredibly detailed budgeting worksheet to see if you can financially make it happen and promise you’ll walk away with a clear idea of if a move is right for your family.

The second best way to learn a new language is still brutal but rewarding. Find a publication that you enjoy like a magazine or a book. Find a copy in your language and a copy in the language you’re trying to learn. Armed with these and a pencil and a notepad, read the two publications line by line and compare sentences.

Note new words and write down their meaning. Pay special attention to tenses and verb forms. Aim to recognize the words you learn as you read further. This is a trick used by polyglots who want to learn as many languages as they can as quickly as they can.

Actively Learn, Be Active While Learning

One missionary training program that gets its students into new countries at lightning speed has the whole class toss a ball to each other as they recite the lesson. Instead of just staring at the book and parroting the words and their translations, be active. Walk. Run. Juggle. Toss a ball in the air. Spin a fidget spinner. Move while you learn. The information will stick so much better.

Mind maps have been an obscure method of learning for some time but they are starting to trigger a renaissance of how people process new information. Studies show that college students that use mind maps for taking notes remember more of what they learn for a longer period of time.

This is because mind mapping engages both halves of the brain, something that traditional notes (text that go top to bottom, left to right) have failed to do. Traditional note-taking only engages the left hemisphere of the brain. Why learn with only half of your head?

If you’re not familiar with mind mapping, you’re in for a treat. Here’s a good introduction to it.

A very similar concept is the following…

Think in Pictures, Not in Words

Attaching a new word to a mental picture will make a deeper impression. For example, a student of the Spanish language will learn that the word for “hair” is “pelo.”

What mental picture will suit this new word? How about a sign in a barber’s shop that says “Pay Low Prices For Our Haircuts?”

Don’t be shy with this. The sillier, the more shocking, the more absurd the mental picture, the longer you will remember the word attached to it. Nobody is going to audit your mental imagery, so go wild.

If All Else Fails, Take a Course

Some people just need traditional academia, even if it’s not among the best ways to learn a new language. It’s slow, but it can be done.

However you go about it, be sure to practice and be sure to never give up.