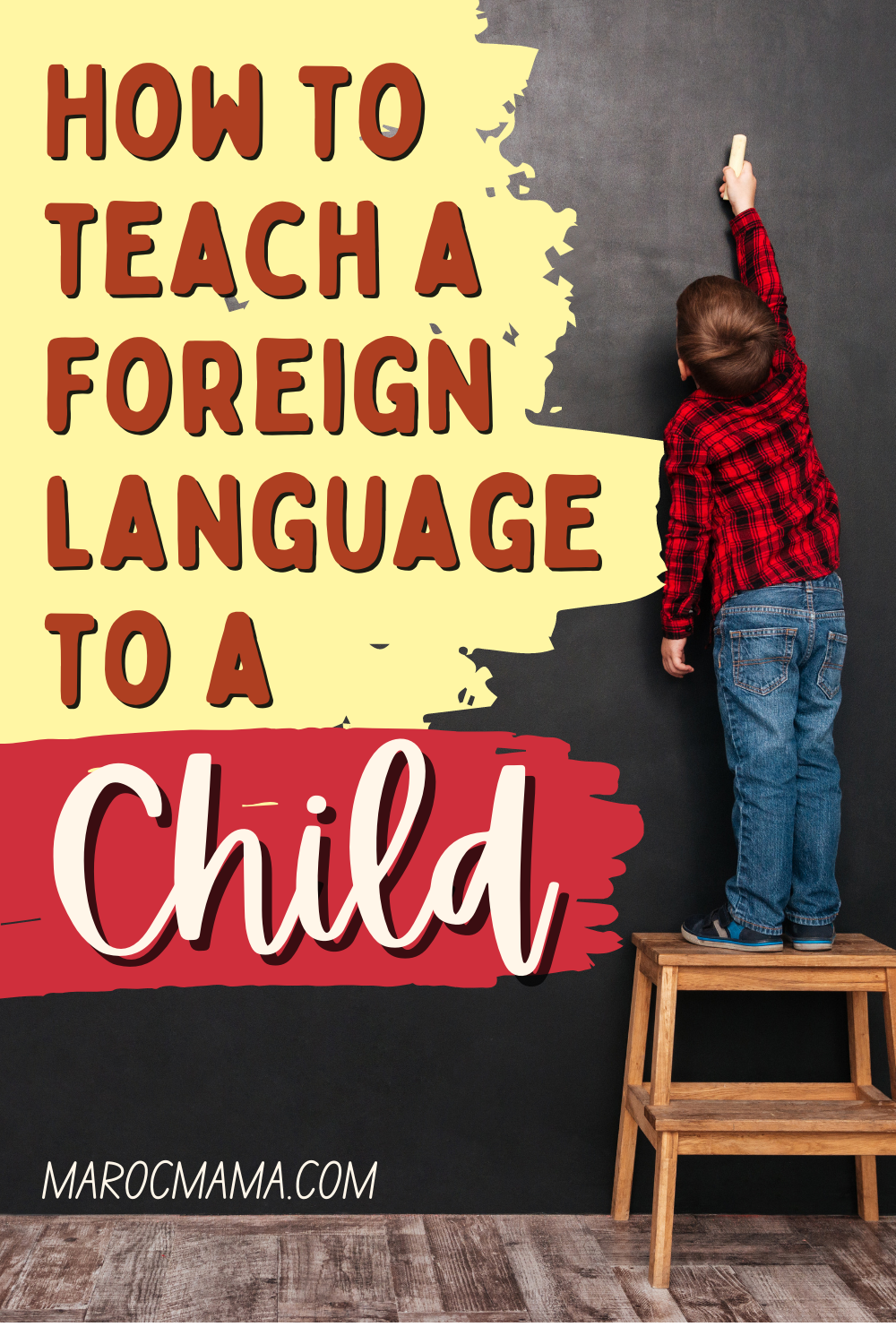 Children have been known to be quick and adept learners and the same applies to learning a foreign language. But you can’t expect them to ‘pick up’ a new language. What does help them learn and retain a new language is a good amount of exposure to the new language, over a substantial period of time.

So, how do you do it? How do you teach your child a foreign language?

Start teaching your child the language early on in their primary years. If you belong to a country where multiple languages are spoken,—like in India, where people often speak two or more languages from a very young   age—raising your child bilingual might seem natural.

Each parent is usually designated one language and the child will learn both languages from either parent.

If your want your child learn a foreign language that you aren’t familiar with, then enrolling them in a good language centre would be ideal. Here, the child would be starting from the ground up and learning all the basics, but unlike learning it organically—by repetition, imitation and a good dose of just winging it— they’d be taught the alphabets, the shapes, the numbers.

They’d learn to sing songs and recite nursery rhymes, and their tutor would engage them in identifying and accurately learning names, places, animals, and other objects.

3. Introduce them to a foreign language via literature, art, music and other resources

Learning a new language can be fun and an educational experience, something for you and your child to learn together and explore. Try to make use of resources like (age-appropriate)foreign language tv shows, games and activities.

Music, art and literature are instrumental when it comes to introducing and exposing your child to not just the language, but also to the culture, the people, the history, the food and the life of people living in the country where that language is spoken.

There is a multitude of books you can pick up for your child to read—this is assuming your child already has a basic grasp of the foreign alphabets and vocabulary.

Additionally, there are also child-friendly software, simulation games and programmes, like Little Pim or Gus on the Go, that can go a long way in helping your child learn a new language.

4. Living in a foreign country

Speaking of migrating to a new, foreign country with your family, you will notice that often, the children of parents who’ve moved away from their home country and settled in a foreign country learn the language, and subsequently, the culture of that place much faster than the parents themselves.

This is partly due to their age and their ability to grasp and retain something new that they learn. But it is also because they are, for a large part of the day, surrounded by peers at school who all interact with each other in the foreign language.

You can seek help from your child’s teachers and other native speakers they—and you—interact with.

If you are in this situation and considering an international move but unsure if it’s right for your family consider joining my (anytime) masterclasses that walk through the pros and cons as well as provide interviews with parents who’ve done this and an in-depth budgeting template to answer the all-important, “can we afford this,” question.

We read about how children interact with their peers at school, who happen to be native speakers. With that in mind, consider increasing their interaction with native speakers in other settings as well.

Often, learning a new language means very little if you don’t have someone to speak it with, to practice having a conversation. So make sure your child has someone to talk to in the foreign language, someone to practice with and simultaneously learn from.

This can be a friend your child made at school who you could have over to play. It could be a neighbour. If you have plans of hiring someone to help take care of your child, consider hiring a bilingual nanny who can help your child learn the language at the same time.

Alternatively, having moved to a new and exciting country, you and your family can consider visiting museums and taking your child to art shows. Giving them the opportunity to engage with the native people of that country is a definitive way to help your child cultivate a lasting interest in the language and country alike.