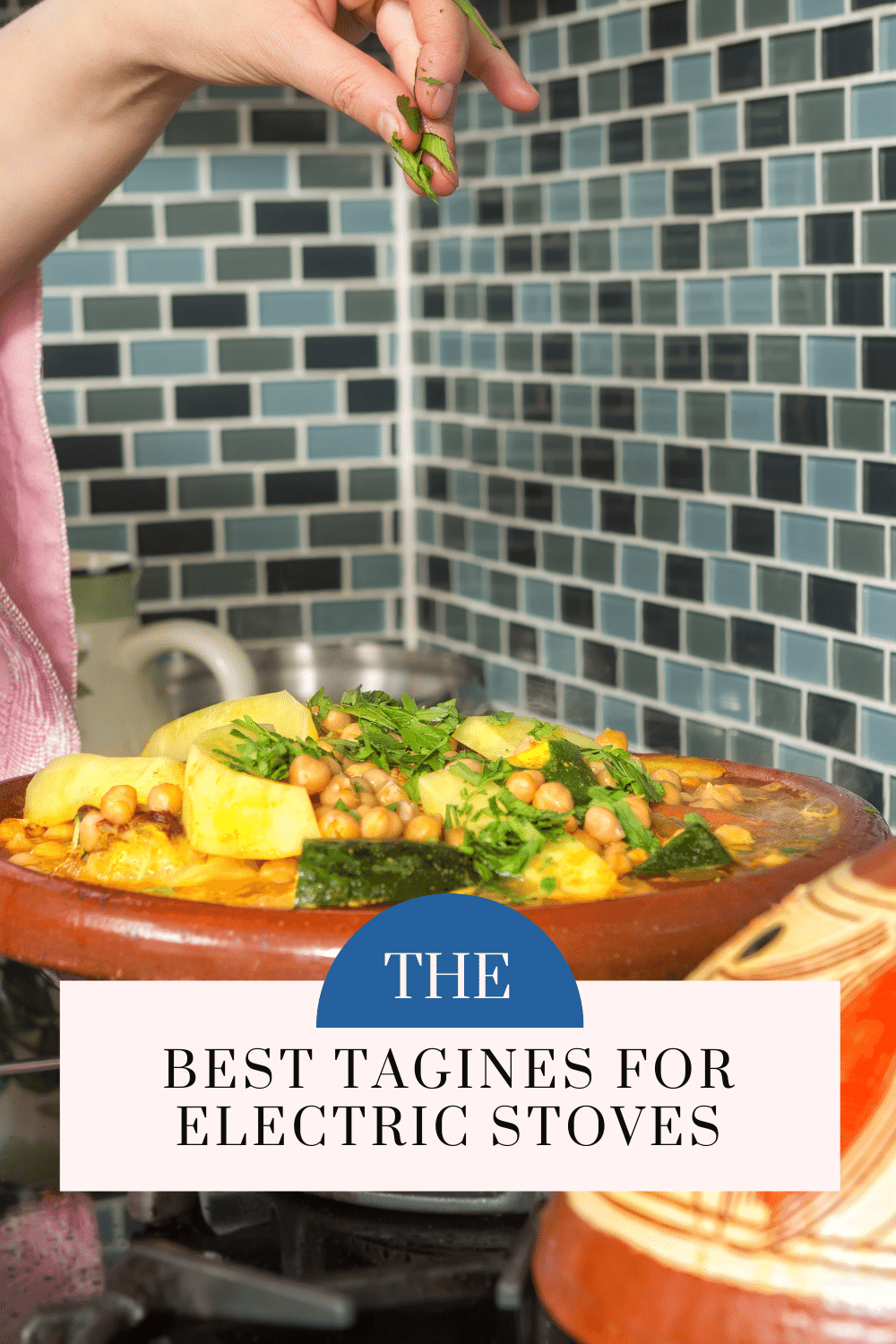 Tagine dishes are known for their rich and robust flavor. Tagines can be cooked on top of a stove or in the oven, but how do they fare on an electric stove? Read this article to find out what tagine’s work best with an electric stove!

Using a Tagine on an Electric Stovetop

Tagines traditionally are cooked over charcoal on a traditional clay brazier. But, few of us have access to this in our kitchens today. When buying a tagine to use, consider how you’ll use it. If you’re a beginner, you may want to use a metal tagine. Then you won’t have to worry about cracking.

If you really prefer a clay tagine then you need to use a diffuser between the tagine and the coil.

A diffuser spreads the heat and prevents it from directly reaching your tagine. It’s also a good idea to use something like aluminum foil around the rim of your tagine if there isn’t already one in place. This helps keep any excess liquid from dripping down into the coils and causing an electrical fire or other damage.

The Best Tagines for an Electric Stovetop

This is a great option. It’s made of cast iron and stoneware, these tagines come in several different colors. It holds 2 quarts which is large enough for serving four people easily. It is versatile and can be used on an electric stove, gas stove, with an induction stove or in the oven up to 500F. 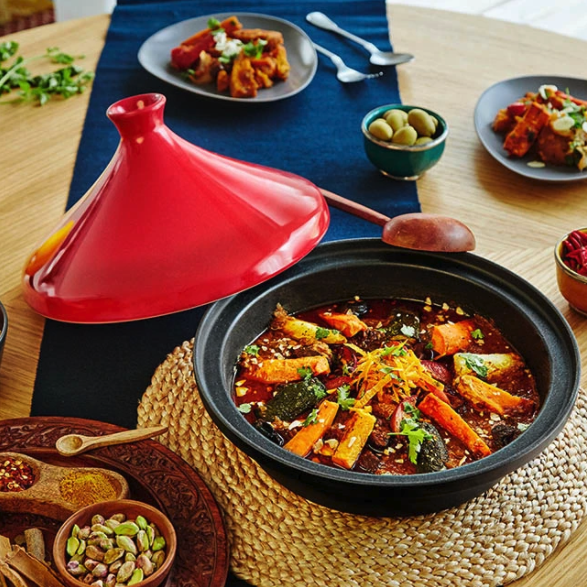 The Uno Casa clay tagine is designed for heat sources such as gas and electric stovetops. It is very large so you can easily prepare a tajine that would feed 6-8 people. It also comes with a double oven mitt to make transporting the tagine easier.

MarocMama Reader Bonus! UnoCasa is giving you 10% off their tagines! Click the current prices below and the updated price will be given at checkout.

An Emile Henry tagine is made with clay and sealed with ceramic making it more durable than a simple clay tagine. It’s also 30% lighter than metal tagines. While it can be used on the stovetop, it is highly recommended to use a diffuser between the coils and the tagine and to cook on low heat. You can also clean it in the dishwasher!

This is an affordable option made with quality materials. It’s great for cooking on gas, electric coil or ceramic glass cooktops. This tagine is made with 2 layers of stainless steel and an aluminum core along base and walls. It comes with either two handles or no handles depending on what you prefer. You do not need a diffuser to use this tagine.

When cooking with a tagine on an electric stove, it’s a good idea to use a heat diffuser to protect the pot from direct heat. Here are a few different options for your kitchen.

There are several options when it comes to tagines that work well with an electric stovetop. Make sure you check the manufacturer directions before using any of these products and never leave one unattended.