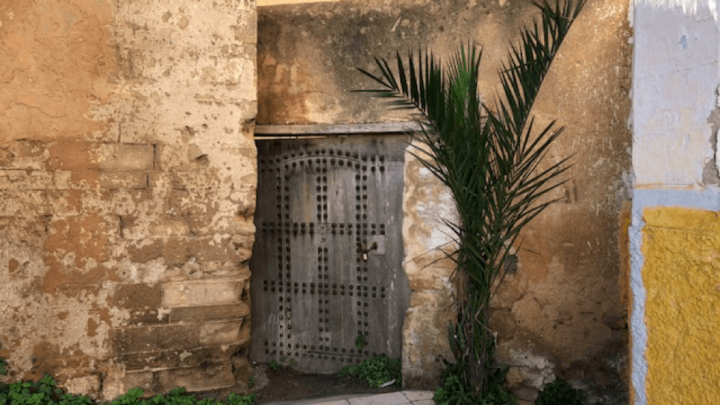 This is a guest post from Stacy Holden, author and associate history professor at Purdue University. I first heard of her when I bought her book “The Politics of Food in Modern Morocco” and was thrilled when she asked if she could guest post here!

Salé’s Bab Lamrissa stands at least thirty-five feet tall.  This monumental gate dates to the seventeenth-century Republic of Salé.  A city-state separate from Morocco, this small polity had been run by Corsairs, or pirates in Western parlance.  I gaped up and up, soaking in the building’s historical import.  I wondered how to fit the entire structure into a photo, without losing any of its sense of grandeur.

Salé Rovers built Bab Lamrissa.  Daniel Defoe made these sea raiders famous when they enslaved his fictional Robinson Crusoe.  The Salé Rovers, however, were not pirates; they were privateers.  Their government provided sailors with an official letter of marque permitting them to legally capture property and hostages on the high seas.  In drought-ridden times, Corsairing insured a steady stream of state income.

A thirty-something year old man approached me as I focused my camera on my friend Nush, who stood beneath the gate’s arch.  The man wore street clothes and smoked a cigarette.  Wary, I reflexively readied myself for an awkward if not perhaps disagreeable transaction.

He offered to help.

I nearly dismissed the offer out of hand.

But then, I changed my mind.  “Let me just be spontaneous,” I thought to myself.  I had been traveling to Morocco for more than twenty years but had never visited the tourist sites of Salé.  Perhaps this local resident could facilitate some part of our trip.

“Yes.  You can help us,” I responded.  “We want to go inside this gate and climb up Bab Lamrissa.”

I pointed to a locked door, the kind of door young girls envision when they read The Secret Garden.  Three centuries of weather had worn down its dark wood, and the iron nails were rusted.  It shouted mystery.  But the silver plated lock was new, and it prevented us from entering the area surrounding Bab Lamrissa.

My friend and I wanted a closer look.  I am a historian of Morocco interested in architecture, and Nush is an English professor who writes on pirates in British literature.  Nush wanted to walk in the footsteps of the Salé Rovers, and I wanted to see up close the walls of this impressive Moroccan landmark.

The stranger’s name was Ahmed, and he turned out to be a knowledgeable and enthusiastic guide.

Ahmed disappeared for a good ten minutes, trying to find out how to get the key to Bab Lamrissa’s gate.

When he returned, he knocked on the door of a small house near the gate.  No one answered.  He knocked again, but louder.  Finally, on the third knock, as Nush and I cringed at the loud banging sound, a stout lady in a house dress and headscarf opened the door.

Ahmed explained what he wanted, and she seemed from afar to close the door in his face.  Certainly, I would have done so if woken from a sound sleep on a weekend morning!  But she returned in a minute, key in hand.

Ahmed had done it!  We were in!

Within the gate, there was an overgrown, grassy enclosure.  We picked our way through the thigh high greenery and mounted a set of stairs to the ramparts extending 100 yards west of the Bab Lamrissa gate.

A narrow ledge ran along the walls separating the small bastion from the gate.  I eventually suppressed my fear of heights and gingerly walked across to join Ahmed, Nush and Younes, the driver of our Grand Taxi.

A dark staircase led to the top of Bab Lamrissa.  Sensing my fear of heights, Ahmed offered me his hand and pointed his phone’s flashlight at the steps.  At the very top, I walked onto a flat rooftop.

Scared and exhilarated, I drank in the buildings below from my unique vantage point.  Crenellated walls and ramparts cut through the dense urban fabric.  I saw the sea in the distance, like a slight tear in the sky.  Seeing something so new and unexpected made me feel like an explorer from olden days.

“I have lived in Salé all my life,” Younes told me, clearly feeling the same, “but I have never seen this.”  Ahmed took photos of Younes standing tall with Salé’s cityscape behind him, sustenance for his Facebook feed.

As we crept back along the ledge to the bastion, Nush invited us to imagine that we were running full speed with gunpowder in defense of the pirate republic.  An eerie image, it made me dizzy, and I nearly fell.

Back on the ground, we headed to the El Borge Museum, the “old pirate palace.”  The former command center of the Salé Rovers now sits next to a small cemetery, a poignant reminder of those past lives lived fully in the long shadow of the Corsairs’ city state.

The building was closed, but we all snapped a photo in front of the old cannon marking the site’s entrance.

Little did I know, clusters of cannons still stand guard over Salé.  We walked the empty lot separating the El Borge Museum from the old pirate prison.  The Bastion de Larmes is the name of this building, meaning the Fortress of Tears.  As we picked our way across the 200 yards of vacant lot separating the prison from the palace, we walked along an old wall facing the sea.

Arched casements overlook the sea.  I walked up to one.  I saw a pristine coast, seemingly untouched and certainly undeveloped.  Leaning further through one portal, I heard the waves crashing on the rocks below.  Saw the spray rising up.  The sea extended to the end of the earth, and a rusting cannon pointed to the ghost ships of the long ago enemies of the Salé Rovers.

The pirate prison is at the end of this rampart overlooking the sea.  This Bastion des Larmes is a maze of subterranean chambers and deteriorating turrets.  A construction of stone and mud plaster, the odd support beam suggested half-hearted efforts to renovate the site, or at least prevent its collapse.  But it is slowly withering away, a victim of time and weather.

Ahmed led us through the old facility and climbed up the walls with Nush and Younes.  He took us to a back section and showed us a dungeon.  Younes and Nush went down with him, but I had already used up my ability to overcome irrational fears—of heights, of enclosed spaces—when I climbed Bab Lamrissa.

As we walked to the car after seeing the Bastion de Larmes, I expressed a desire to call it a day.  After three hours of traipsing around Salé, I needed lunch.

Ahmed, however, insisted we see one more site before returning to Rabat.  He took us to the practice facility of Morocco’s only circus, The Pirates of Salé.

There, young Moroccans learn the myriad skills necessary to perform for crowds.  Ahmed walked into the complex with authority, and he took us to the director’s office.  As we walked, I heard music and caught a glimpse of dancer in the industrial tents.

I had not expected to meet the French director, and I bumbled through why I thought Ahmed had brought us into his office.  The director spoke to us in Parisian French.  He was kind and provided brochures and flyers, information about the troupe’s biennial performance.

We walked back to the car and said good-bye to Ahmed.  I paid 500 MAD, a generous sum but worth it.

Appropriately, our morning ended at the Restaurant Le Dhow, which is a restored boat.  It is located next to the Casbah des Oudaya, where you can look over the Bouregreg estuary to Salé.  The boat rocked and creaked as we ordered what is essentially basic pub fare.

I sighed with contentment.  We had said yes to a spontaneous morning of surprising discoveries.

Want to know more and visit Rabat/Sale on your own? Check out my destination guide on this area!

About the author: Stacy E. Holden is an Associate Professor of History at Purdue University. Stacy has been traveling to Morocco for nearly twenty-five years and made her home in Rabat between 1999 and 2002.  She is the author of The Politics of Food in Modern Morocco (University Press of Florida, 2009).  Her current book project will trace Edith Wharton’s trip to Morocco in 1917 as a way of exploring middle-age nostalgia for her own North African past.  You can find more information about her and her work at stacyeholden.com or on Instagram at stacy.e.holden. 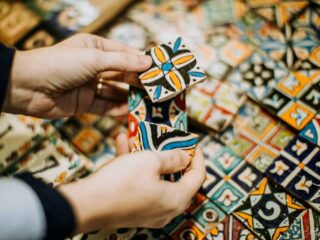 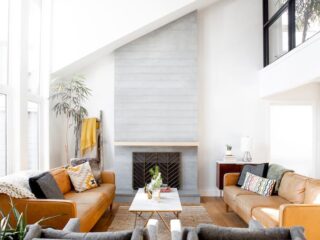 Things You Should Consider Before Moving Overseas
Read Next Post →
Comments are closed.