How to Spend a Beautiful Week in Galicia, Spain 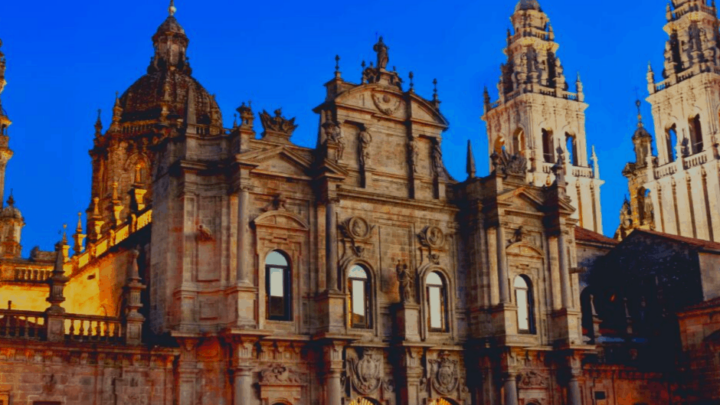 Spain is one of the world’s most diverse destinations and Galicia is a good example of that. This guest post from Travel Drafts will share this beautiful region of the country with you!

One of the things you should know before traveling to Spain is that each autonomous region is very different, each one has very distinctive identities and traditions.

This Spanish region in Northwestern Spain has plenty of actions to keep you entertained, beaches, mountains, waterfalls, islands, rich heritage, and unique culture. Galicia is marked with hilly landscapes and coastal cities, an itinerary through Galicia has to include plenty of beaches and cliffs, medieval cities and the famous sanctuary of Santiago of Compostela.

Things to do in Galicia

You can easily spend 6 to 7 days in Galicia. We outlined an itinerary that includes Galicia’s main attractions. We start our journey in Vigo where you can do a day trip to the Cies Archipelago and finish it in the great walls of Lugo. The best way to do this itinerary is by car and you will need about a week to complete it

We will start in Vigo, a coastal city with the largest fishing port in Europe. Needless to say, that fishing has an important role in the city. Thus it is a good city to eat fish and seafood, especially oysters. They even have a Calle de las Ostras (oyster street), where you can buy oysters directly to the oyster sellers and have them right there on the street.

Besides eating oysters you must go to the fish market you will be impressed with the quantity of fish and the buzz that this market has. Every morning is held a fish auction and big quantities of fish are sold to all over Europe. But you can’t leave Vigo without going to Vigo’s port and Bouzas neighborhood. Walk alongside the port and just admire the sea, the fisherman and all the docked boats.

Besides everything related to the sea Vigo also has an interesting old town, like all Spanish cities.

From Vigo, you can catch a ferry to this spectacular archipelago of 3 islands Monte Agudo, Faro, San Martino. The islands are part of the Atlantic Islands National Park and have pristine beaches where you can swim. In 2007, the Guardian classified Rodas Beach, that interlinks the island of San Martinho and Faro the best beach in the world. Apart from the paradisiac beaches, the island has stunning trails.

The islands are an ideal day trip from Vigo but if you want, you can stay there for a night in the campsite in the islands. Be aware that you have to reserve your place beforehand, there are no hotels on the islands, but there are restaurants and a small supermarket.

When visiting Galicia you must visit the Shire of St James of Compostela. This iconic Shire attracts thousands of pilgrims every year to do the St James way coming from France, Spain or Portugal. The Sanctuary holds the remains of the apostle James that were brought to Galicia in the 9th century.

Besides the Shire, Santiago’s old town is the other main attraction with its imposing and well preserved medieval city which was designated a Unesco World heritage site. It is well worth spending a day in Santiago discovering all the hidden alleys, visiting the shire, attend a religious ceremony to assist the swing of the “Botafumeiro”. Santiago is also a good city to try some of Galicia typical dishes.

Cape Finisterre is the peninsula where the Romans used to believe the world ended. This cape is 90 km from St James of Compostela and it is the final destination of St James way. Tradition says that when the pilgrims arrive at this point they should burn their clothes and they should bath in the beach of Langoteira nearby.

On the cape, there is a beautiful lighthouse and a restaurant and nearby there are several good beaches.

On your way to Cape Finisterre from St James of Compostela, you will find Ezaro Waterfall. (You can also visit it on the way back…)

This impressive waterfall 155 mt high and is one of Europe’s largest waterfall. It is a good spot to rest or do a small hike. We advise also to go to the Mirador del Ezaro, a viewpoint of the waterfall on top of a mountain very close to the waterfall. From this viewpoint, you will have a fantastic view of the waterfall and if the day is clear you even can see Cape Finisterre. Furthermore, the road to the Mirador is very steep and kind of cool to do by car. Nearby is a reservoir used for generating power.

The main attraction of A Coruña is the Tower of Hercules lighthouse. The Lighthouse was built by the Romans in the 2nd century A.D. and is the oldest working lighthouse in the world. Reconstructed several times, this impressive construction was declared World heritage site by UNESCO.

It is possible to visit the lighthouse which is now a National Monument of Spain – the tickets office is right in front of the Lighthouse. In Summer we advise you to buy tickets in advance or you won’t be able to enter. This is a very popular attraction and there is a limited number of tickets, for obvious reasons. By the Tower of Hercules is the statue of Breogon, a Celtic leader that conquered Iberia and founded the city of Brigantia which became A Corunã.

Besides the tower, Coruña has plenty to do the old City is a good place to explore, as well as the seafront Promenade and the Science Museum, the Domus – an excellent place to go with children.

Fragas do Eume is an Atlantic forest that follows the river Eume. The forest is very dense and holds a big variety of trees, and hidden in the middle of the forest is the Monastery of Caaveiro. A secluded Benedictine Monastery where monks lived isolated from the world for years.

There are several trails in Fragas do Eume, they will be the best hike you will do in Galicia the forest is simply peaceful and lovely. Fragas of Eume is very close to A Coruña and on your way to the Cathedrals Beach.

Along the way in the Galician Coast, you will find some signs indicating “The most beautiful bench in the world”. But the title of the most beautiful bench belongs to one in Ortigueira near Loiba. This bench has the most amazing views, overlooking the Atlantic Ocean and the cliffs you will just want to stay there contemplating the world. As you can imagine it is the best spot to take photos.

The coast of Galicia is outlined by cliffs and stones shaped by the Atlantic, and there you can find some hidden phenomenal beaches. Yet, Cathedrals Beach (Playa de las Catedrales) really stands out. This beach is surrounded by natural arches and caves that can only be viewed in the low tide making it simply breathtaking. You also only have access to the beach to sunbathe on the low tide. Be aware that the sea will be freezing cold and sometimes it can be windy, but it is pretty cool to walk on the beach and explore the caves.

The last stop of our itinerary is the city of Lugo, in the interior of Galicia. Lugo is a fortified town, completely surrounded by its intact Roman walls. How amazing is it that walls with over 2000 years old are still in perfect conditions? And the best of all is that you can walk on the 2-km walls encompassing the historic center of the city.  Needless to say that these walls are UNESCO World Heritage site. The walls have 10 gates to enter the city and several towers some still intact from the Roman Era.

Inside the wall is the historic center of Lugo where you can find the Cathedral, the city hall, small alleys, and medieval houses. The city is also famous for being one of the main pilgrim stops of St James way.

About the guest poster

Jorge & Claudia are travel Bloggers from Portugal and love to travel the world. They lived in Angola for 3 years and currently are traveling the world. Their mission is to keep on discovering new countries and sharing their tips on Travel Drafts. 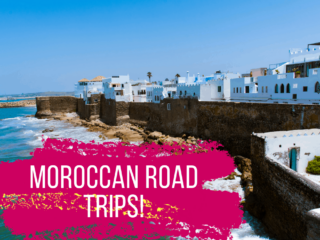 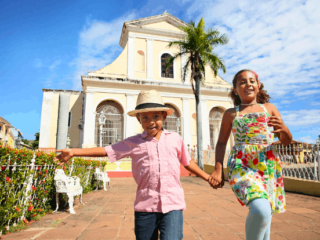 5 Destinations in Cuba Your Kids Will Love
Read Next Post →
Comments are closed.