K was always a little bit early. His dad and I found out we were pregnant VERY early in our marriage. My pregnancy was hard and he tried to be born more than once before his due date, finally making an arrival a full month ahead of schedule. He slept little, stopped taking naps early in life. He wakes up early and prefers to finish something fast than slow down and take things in. It’s almost as if he’s always been saying, “I may be the second one but I’m going to grow up fast!”

But, he’s also my baby. He loves to snuggle. He leaves me messages when I’m away working asking when I’ll be home. Ask him when he’s leaving home and he’ll tell you, “NEVER!” Yes, he’s that kind of kid. Because he’s the second born, we’ve spent very little time alone with him, that’s the nature of how it goes when you’re child #2. It’s not on purpose it’s just a matter of circumstance. When it was time to plan our mother/son trip to Kenya I realized it would be the longest stretch of time he and I had spent alone together since his residence was inside my stomach. 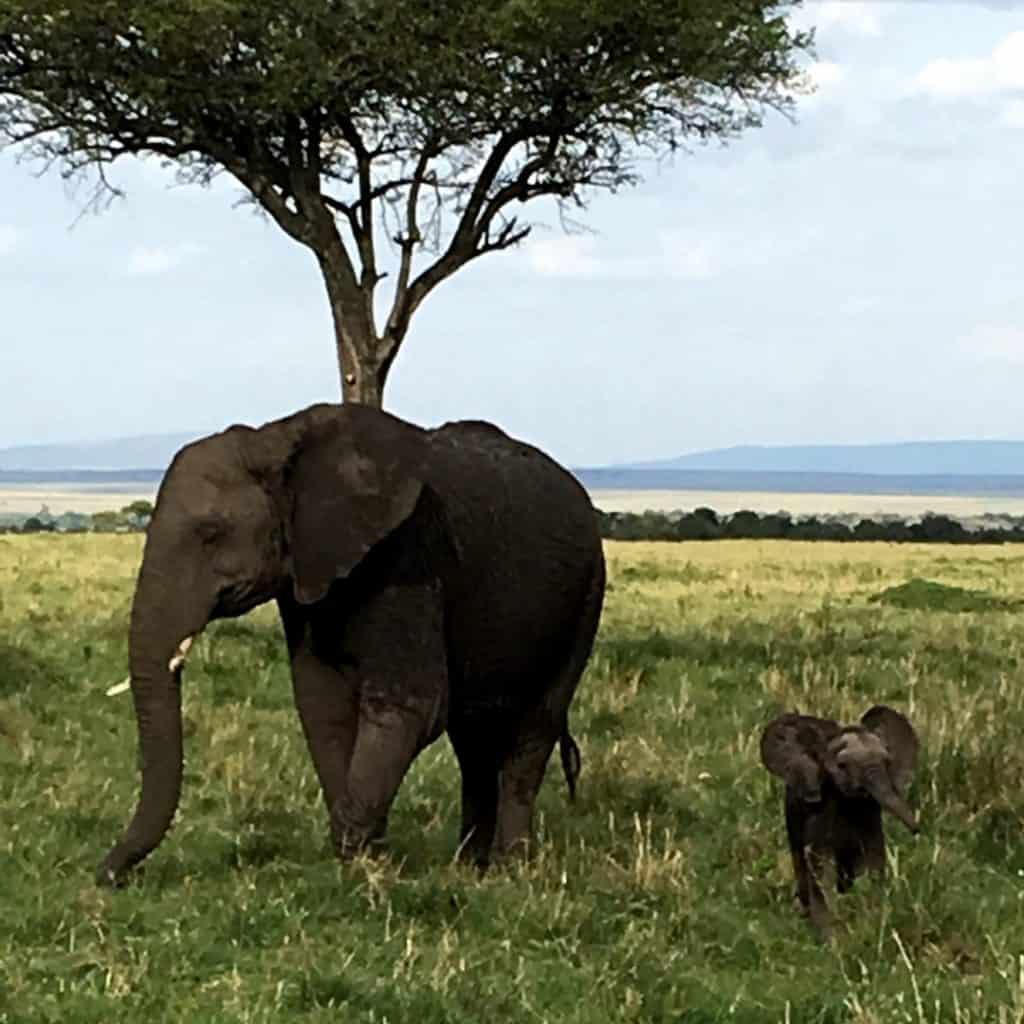 While he’s always been early, he’s also very much attached to us. It’s easy to forget that he’s nearly ten years old. When I think back to his brother at the same age they are very different people. Where K is clingy and reserved, M is independent and outgoing. K has taken full advantage of his place as the “baby,” so much so that we do forget how capable he really is. I had no concerns taking M on his trip to Thailand last year. He’s much more like me and I knew his independent, outgoing way would make our trip relatively easy. I was much more nervous with K.

But I shouldn’t have been.

It didn’t take long for me to see that given the chance to be outside of his brothers shadow he is a different person. K falls back on M at every chance he can – he always has. Without his big brother around he took charge. Our trip took us first to Angama Mara one of the most beautiful places I have ever been. We had to take a tiny airplane that landed on a dirt strip to get to the lodge. I was beyond nervous he would get motion sick. He didn’t. When we landed he hopped out and helped with the luggage.  Right away he was asking questions that normally he would would elbow his brother to ask. Sometimes I just sat back in wonder. 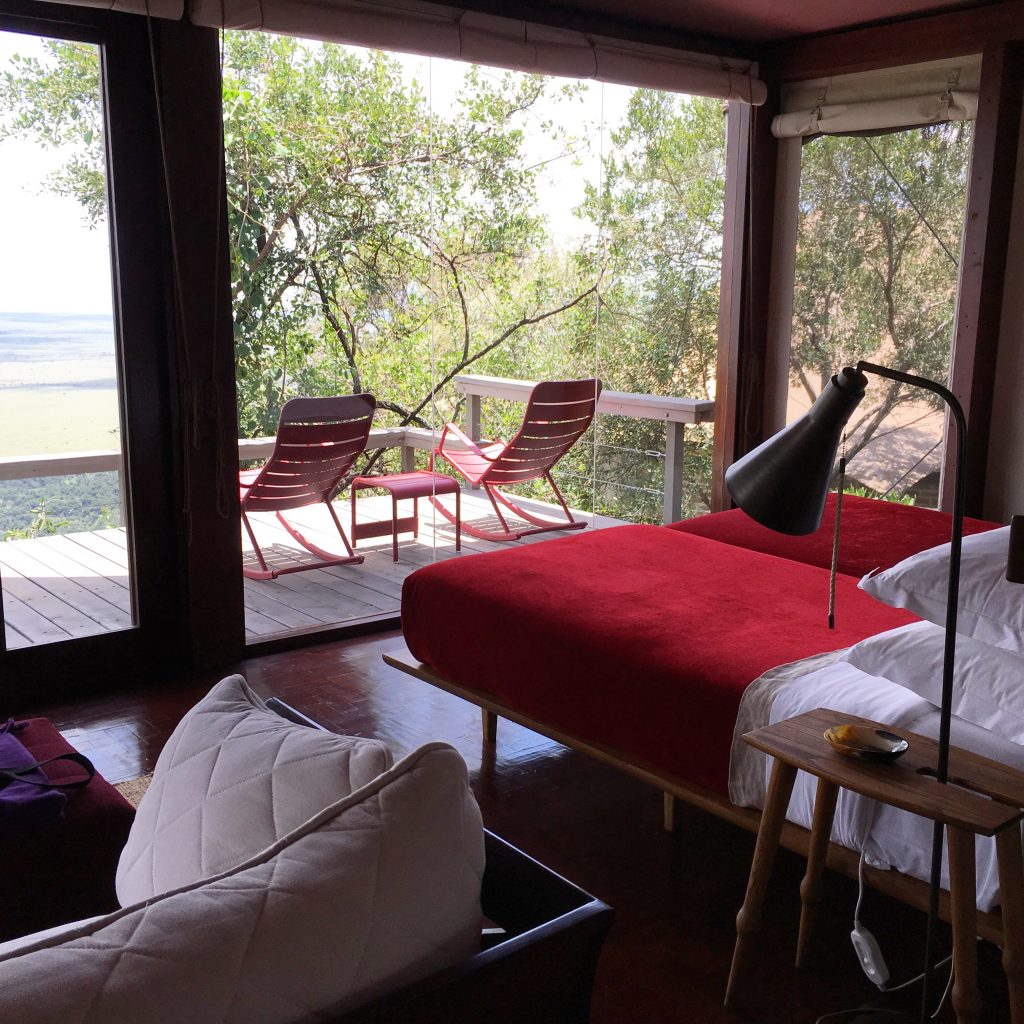 On our second day at Angama Mara we did a full day game drive in the Masai Mara. K scouted for animals with our guide Titus. The two of them talked about animals and life the entire ride. K helped Titus set up our picnic lunch overlooking the plains while I looked on. The two of them were thick as thieves and for this mom it was a treat to enjoy my time too. Titus was more than I could have ever asked for in a guide and it was clear that at Angama they had spent a lot of time cultivating the right people to employ.

We had conversations and engaged in ways that I have never done with him. In this environment he shared with me things he never had; his insecurities, life at school, and his thoughts in general. One night, dinner was held in what can only be described as a magical hidden space. Hundreds of lanterns filled the wooded area and picnic tables were laid out while the kitchen staff grilled local specialties and filled our table with side dishes. We shared our table with two other guests and K regaled them with our safari stories. I saw him become another person. I saw the transition from childhood to adolescence and as much as it made me smile, it also scared me. 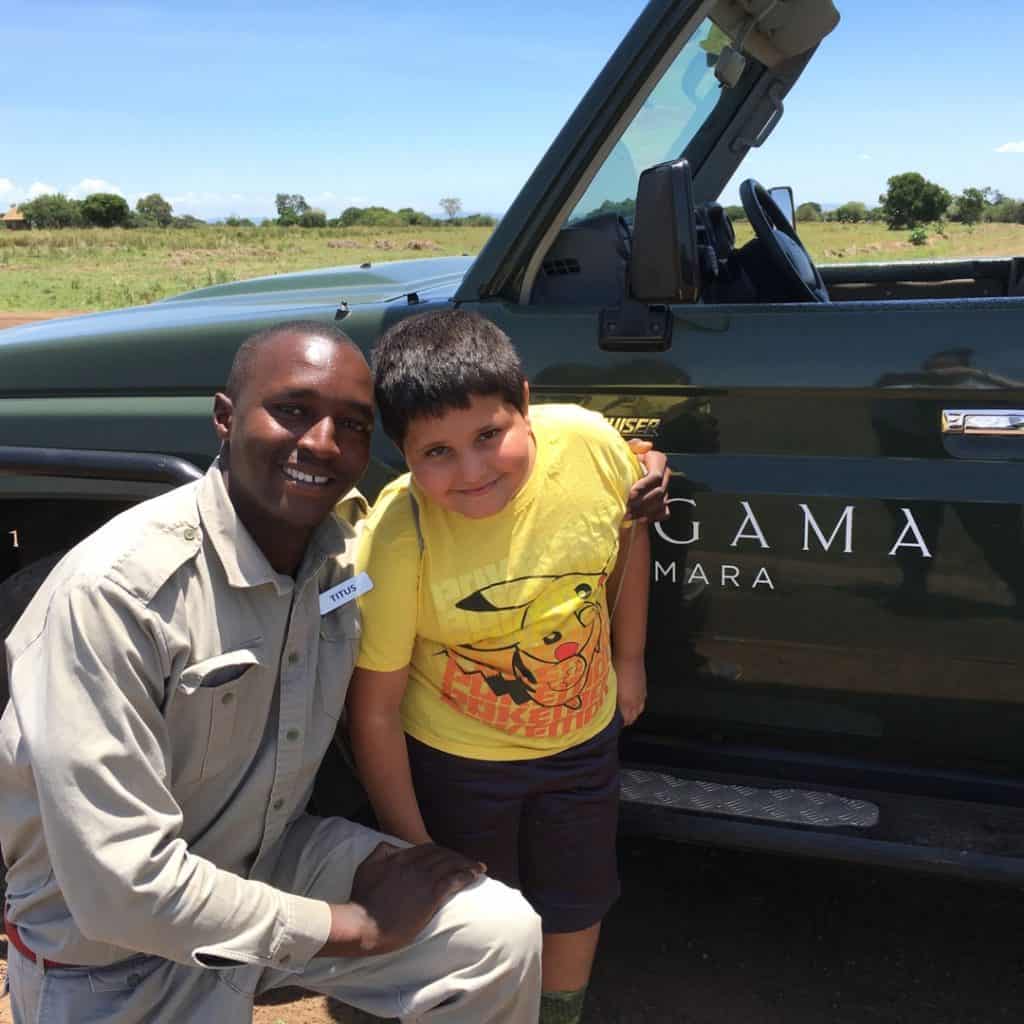 As the sun began to set out our window and K drifted off to sleep in bed I had a sinking feeling. I had lost my baby. I watched his eyelids flutter shut and his last sighs of “I love you mama,” while he slipped into his deep rhythmic sleep. I laid there, listening to the sounds outside our tent, watching the wind blow through the curtains and not wanting to move and shatter the moment. He had turned into a young man when I swear it was just yesterday I was rocking him to sleep.

I lost my baby in the Masai Mara but I gained a lovely child whose going to be an amazing adult one day.

Our stay at Angama Mara was sponsored by Angama Mara. We highly recommend this lodge should you consider a trip to the Masai Mara region of Kenya. All opinions are my own.

[…] I can say that I would hesitate to take kids under 8 on this experience. My son was 9 when we went to Kenya and it was an amazing experience. He loved every second and it wasn’t difficult for me to […]

A safari vacation should be high up in everyone’s bucket list. One not only gets to connect with nature, but also encounter wild animals and birds found nowhere else.