The media view of Arab men is less then stellar, so it shouldn't come as a big surprise that there is a lot of negativity linked to them from the general public. I really wish I would have kept a notebook with all of the comments I have received over the years. One of the most surprising facts for many Americans I've spoken with is the fact that there are Muslim and Christian Arabs, and that Christian Arabs (shock) use Arabic for their services and in fact use the word Allah for God.  Most assume all Arabs are Muslim.

This is just one of the many assumptions people have based on their limited experiences with people of this background.

These are a few of the other assumptions people have had about my husband (not him as a person but him as an Arab man). I tried to pick the ones that I have heard the most often and were the most shocking to me. You can also check out the flip side in my husband's post on things people say about American wives.

So You Have an Arab Husband..

1. He Must/Will/Does Physically abuse you because that's normal for them.

You can insert any of those words at various times in our relationship.  This was a comment regularly made by people who heard about our relationship in the beginning. It was interesting to me that the us vs them mentality always existed in this example. Never mind that most people lumped everyone who is of Arabic descent into the same category and culture.

My husband has never abused me in any way.

Are there men who are abusive and happen to be Arab? Yes.

Are there men who are abuse and are of every other nationality in the world? Yes.

One's culture does not single them out for behavioral traits. There are just as many men of every ethnicity who fit into this scenario and this experience isn't be limited to a certain ethnic group.

2. He Will Expect You To Be His Slave.

Yes, really more than one person said this.

There are a host of things that there were an expectation I would do, but the idea that somehow I was subjugated to serve him was a notion that blew me out of the water. I've wrestled with what this assumption meant as a reflection of me and my ability to judge character and remove myself from a bad situation. I've also really wrestled with where this notion even comes from. 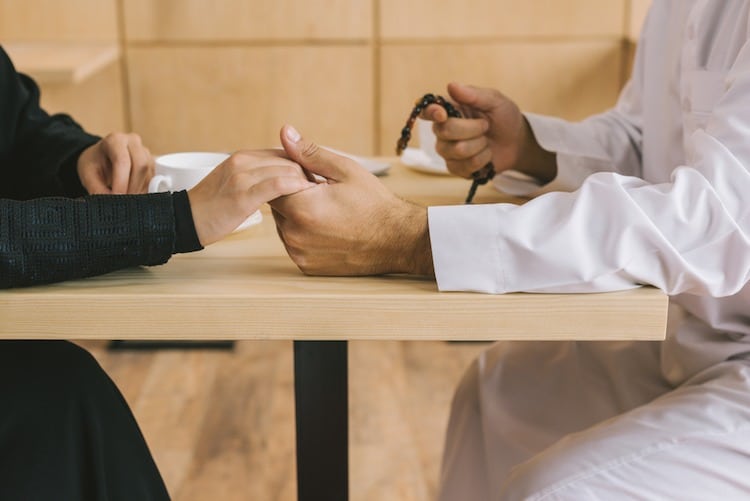 3. He Will Make You Wear “That Thing” On Your Head.

People have assumed that marrying an Arab man means he will force you to wear “that thing” (a hijab) all the time. Hijab is a choice that Muslim women make.  It has little relationship to the man you marry unless that man is very religious and would like his wife to wear it. Chances are also good if that is the case, he probably won't be looking to marry a foreign woman. I won't disagree that there are many Arab/Muslim men who would hope that their wives would wear a hijab but there are also men who could care less.

On a more practical note, how can someone force you to wear a headscarf? Glue it to your head? It just doesn't make sense!

4. He and/or His Family Will Sell You Into The White Slave Trade.

Add this one to the shocker category as well.

I couldn't believe someone actually assumed this and verbalized the idea to me. I guess it just goes to show how far fetched some people's ideas can be. There was more to this story after I asked how that works. Including trap doors and underground prisons. I mean if this doesn't sound like a plot straight out of the movies I'm not sure what is.

I'm not downplaying human trafficking.  I know this is a real issue but to assume all of this based on ethnicity is absurd. Not to mention that people were serious when saying this, not just making a off-color joke.

5. He Will Kidnap Your Children.

This is a very real concern for some people, and I don't disagree that it's important to be vigilant.  However, child abductions occur by men (and women) of every race and ethnicity.  Being Arabic does not predispose someone to engaging in this type of behavior.

This is also a reason that some moms won't let their partners take their children to visit their home countries. I think if you feel you can't trust your husband to care for your children and that he might kidnap them, you probably should reconsider the marriage in general. I know most men would be calling for backup after about two days of having the kids on their own. 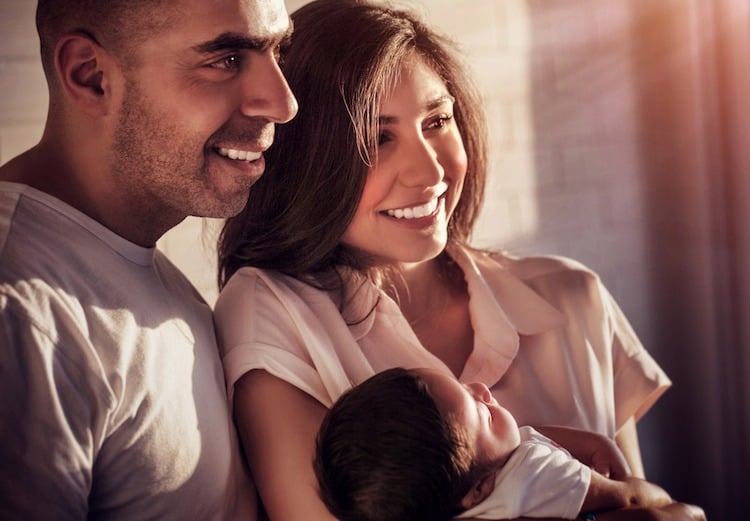 6. He Will Make You One of His Many Wives.

I'm pretty sure he's got his hands full with just me. Arab Muslim men are permitted to have up to four wives in many countries. The US is not one of them. In most other countries, including Morocco, the permission of the first wife must be in place before a second marriage can occur, not to mention he must prove he can financially provide for two homes before a judge. This doesn't mean that it doesn't happen but it's not as simple as people make it out to be.

If I ever had an inkling this were a remote possibility I would file for divorce. There is a reason for having multiple wives and it works for some people. Couples should talk about this prior to and during their marriage if it's a concern. There aren't a lot of men that can financially support two families and even across the Middle East polygamous marriages are becoming more rare.

There are so many other smaller things that people have assumed from the “dirtiness” of Arabs to riding camels. It's difficult to hear how little knowledge many people have of this part of the world.  It also makes me sad that there is such fear and hostility in most people towards Arabic people.

I try not to get too offended anymore and use the opportunities when comments like this arise to educate and show people a different reality. Often times they've had little experience or possibly one negative interaction that has led them to create this stereotype in their minds. One positive experience can help to change that.

So You Wanna Marry A Moroccan Man?

My Money or Our Money: Navigating Finances in an Intercultural Marriage 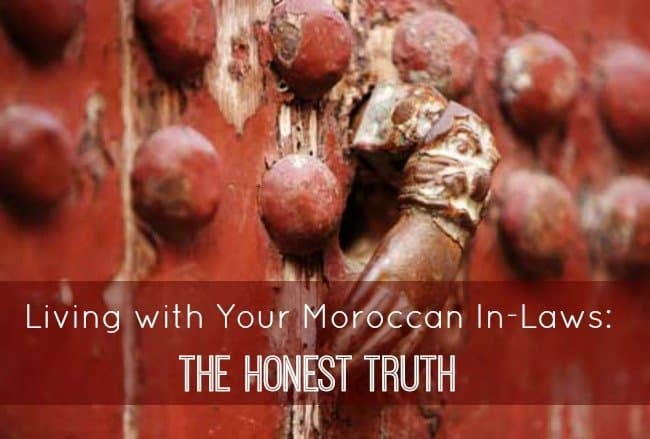 Living with Your Moroccan In-Laws: The Honest Truth