In a lot of countries we’ve been, we’d stumble upon local food at just about every street corner. Pizza and pasta in Italy, pho and fresh spring rolls in Vietnam, pad thai in Thailand. In The Netherlands however, you really have to try your best to find some local cuisine (aka ‘de Hollandse pot’), especially for dinner.

Of course, most tourists want to sample some local food and there’s more to it than just dinner. So, where can you try this elusive ‘traditional Dutch food’ in Amsterdam? Check out these local recommendations for restaurants in Amsterdam and beyond.

The Dutch have a saying ‘doe maar gewoon, dan doe je al gek genoeg’ (literal translation: if you act normal, you’re acting crazy enough). It think this, in combination with Dutch parsimony (ever hear of Dutch treat?), is why we don’t really have a culture of eating out for dinner. It’s changing with the younger generation, but in general Dutch people only go to a restaurant for special occasions, especially the older generation. And if we do go to a restaurant, we don’t want to eat the same food we eat at home. 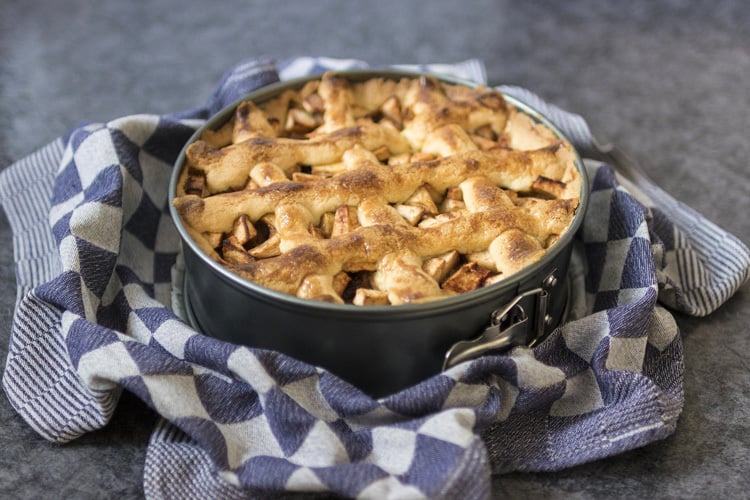 So, what do the Dutch traditionally eat for dinner anyway?

Being Dutch I don’t think traditional Dutch dinners are anything special, but I guess Italians or Sri Lankans would feel the same about pizza or curry. A traditional Dutch evening meal consists of veggies, meat and potatoes (‘groente, vlees en aardappelen’). Nowadays we often eat baked or fried potatoes with a salad or stir-fry, but in the old days the veggies and potatoes were always boiled and served with gravy (‘jus’).

A variation of this is ‘stamppot’, where the potatoes are mashed and mixed with different kinds of veggies. Different types are ‘boerenkoolstamppot’ (with kale), ‘andijviestamppot’ (with endives), ‘zuurkoolstamppot’ (with sauerkraut) and ‘hutspot’ (with carrots and onions). Stamppot is usually served with Dutch smoked sausage (‘rookworst’) and gravy. Traditionally it’s a winter dish, but clever food marketers have introduced the zomer (summer) stamppot, with different types of lettuce or spinach. Another famous winter dish is erwtensoep, a lovely thick split pea soup with smoked sausage, often eaten with rye bread.

You might think we Dutchies aren’t very proud or fond of our traditional evening meals, but I don’t think that’s the issue. There just isn’t much of a market for it, it’s too ‘normal’ for us. While in most cities or villages it’s not easy to find a restaurant that serves traditional Dutch dishes for dinner, it’s much less of an issue in Amsterdam and other large cities because of the lively tourist and expat scene. You can try some typical Dutch dishes – usually with a modern twist – at these restaurants;

A proper Dutch dinner might not be easy to find, but the good news is that real Dutch snacks are everywhere! You should at least try a famous kroket (deep fried meat ragout snack) and patatje oorlog (literal translation: french fries war, with mayonnaise, peanut sauce and chopped raw onions).

You can find these deep-fried goodies at one of the many markets or at a ‘snackbar’, such as Febo. For most tourists the snack vending machines they have at Febo are a novelty. Bitterballen are a small round version of the kroket. They are available in café’s and bars, the perfect snack to go with a beer.

We have some awesome sweet snacks too. When in Holland you definitely have to taste a stroopwafel (2-layered cookie with sweet honey-like syrup in between) and some Dutch appeltaart met slagroom (apple pie with whipped cream). And of course you have to try pannenkoeken!

A proper Dutch pancake or ‘pannenkoek’ is not as thin as a French crêpe, but is thinner than an American pancake. It’s made with a batter that consists of milk, eggs and flour. The miniature version of our pancakes are called ‘poffertjes’ and they’re also very tasty. Where the American pancakes are usually reserved for breakfast, we Dutch can have pancakes for any meal of the day, even dinner. Some great pancake restaurants in Amsterdam;

Or, even more fun, you can do a pancake cruise! As many pancakes as you can possibly eat, combined with a nice boat ride around Amsterdam. You will find the Pannenkoekenboot at the MS van Riemsdijkweg, next to the ferry.

Since most of The Netherlands is below sea level and we have some major ports, it’s probably not a surprise that fish is among our traditional foods. If you like fish, definitely try ‘kibbeling’ (pieces of deep fried cod fish in batter) and ‘Hollandse Nieuwe’ or ‘haring’. The traditional way to eat Dutch herring is raw with chopped onions and gherkins. You eat it by dipping the fish in the onions and then holding the fish by the tail above your head to take a bite.

Anybody who doesn’t have images of cheese, wooden shoes and windmills popping up in their head when they think of The Netherlands? No one? Well, there’s always some truth in stereotypes. While nobody but the occasional Dutch farmer wears wooden shoes, we do have windmills and we certainly have cheese.

According to Holland.com The Netherlands produce 650 million kilos of cheese (called ‘kaas’ in Dutch) per year and we eat 14,3 kilos per person per year. While you’re in The Netherlands you should definitely try some of our cheese. Just go to one of the many weekly markets or to a proper cheese shop where you can try different kinds before purchasing some. My personal favorite is ‘belegen’, but I also really like cheese with cumin (‘komijnekaas’).

Weekly and daily markets in Amsterdam

Dutch markets are a great place to sample various foods. There’s usually a ‘patatkraam’, where they sell french fries and other deep fried snacks, a stall with stroopwafels (the fresh ones from the market are the best!), a stall that sells cheese and one or more stalls with fish. You will also find some great foreign food at the market, such as deep fried Vietnamese spring rolls and Turkish kebab.

There are only a select number of restaurants in Amsterdam that sell ‘traditional Dutch food’ for dinner and they cater mostly to the tourists and expats. Luckily proper Dutch snacks are readily available everywhere. Kroket, patatje oorlog, stroopwafels, pannenkoeken, Dutch cheese, and haring to name just a few. Visit one of the local markets to easily find and sample a few of these lovely snacks.

This guest post from Lisa of FlipFlopGlobetrotters couldn’t have come at a better time! When researching our recent stop in Amsterdam I discovered it was harder than I thought to track down truly Dutch food. While we really loved the city of Amsterdam I wish I would have known where to go to track down some of these dishes. If you’re visiting the Dutch capital be on the lookout!

Lisa is a travel enthusiast, digital marketing professional and mother. Her cheeky ginger-haired toddler boy loves to explore the world with his mum and dad. After having traveled for 10 months around South East Asia, Lisa and her family are now back in their hometown Haarlem, Netherlands. On their blog FlipFlopGlobetrotters.com they write about family travel, hoping to inspire other families to travel as well. You can follow FlipFlopGlobetrotters on Facebook, Twitter and Pinterest.

What to do on a Layover in Amsterdam - MarocMama

[…] Wondering what Dutch food you should try out? Brush up with this post that will give you the rundown! […]

You're welcome, Lakshmi! I usually write about family travel, but it was actually a lot of fun to talk about Dutch food :-)

Being a foodie myself, this was such a fun read. Thank you so much!!