Eating Your Way Through Cannes, France Skip to Content

Eating Your Way through Cannes

[vc_row][vc_column][vc_column_text]What would you give to spend a day here?

This is the beautiful Cote d’Azure, the blue coast of southern France. We happened to have a single day in Cannes as a part of our Mediterranean cruise. This, like Florence, was not the most kid friendly destination and we weren’t sure what we would do here. But, we wanted to use the opportunity to make our kids practice speaking French. They learn French in school but we’ve found it’s their weakest spoken language. There were lots of shore excursions we could have booked but knowing we would be disembarking near the city we just decided to wander.

We had to take tenders from the ship to the shore because it’s too shallow for a cruise ship. The winds this day were very high and our ride in was so bumpy. On final arrival we were practically blown away by the winds. We thought about taking a day trip to Monaco and even chatted with a west African guy who made us a good deal but exhaustion had the best of us and we just vetoed the suggestion. We instead set off for the city.

First there’s the marina where you’ll see some insane yachts. It was the week of the Cannes Film Festival so I think there were even more than normal. Cannes wraps around the port and there’s lots and lots of shipping. But we were after just one thing, food! Our first stop was in a shop we spied rows of gorgeous macarons. K ordered one that was 1/2 the size of his head and we picked up a few more. They were delicious!

Next it was time for something more substantial as the kids whines for ice cream began to drown out everything else. The only thing I was going to settle for was classic French food. The boys wouldn’t hear it. Instead they spotted something and they wouldn’t hear of anything else.

Let’s be honest here. I try to get my kids to try new things in new places. But sometimes the lure of something familiar wins out. This is now the 4th country outside of the US where their meal of choice was Subway. Yes, Subway. I could complain that they aren’t eating like local but they usually are willing to try local foods. I also know that they too get homesick and if a Subway sandwich makes being away from the US a little less painful then I am happy they’re at least choosing a somewhat healthy meal instead of a different fast food option. The only caveat was they had to order in French by themselves if they wanted to eat there.

I put my foot down and refused to eat myself. I wasn’t wasting my one meal in France to eat a Subway sandwich! I sat and waited for them to eat and then we went to find a brasserie for something more authentic.

It doesn’t get more authentic than steamed mussels. They were cooked in a gorgeous sea salt bath with celery and herbs and arrived in this cute pot with a side of fries. There was way more than I could ever eat in a single serving but for 12 euros it was a deal. This would have cost $20+ in the US. It was delicious. If you walk through the main shopping area in Cannes and go back a few streets in the direction of the train station you’ll find lots of small restaurants serving typical Mediterranean French food.

From here we walked through a small local grocery shop to admire the produce all lined up neatly, cleaned and tagged, much different from our souks at home. A boulangerie was next where we scooped up some pastries to nibble for the afternoon and finally the ice cream the kids wouldn’t relent on.

We wandered back to the port early hoping not to wait long for the tender but we quickly saw the enormous line for the boats. Because the winds were high they weren’t able to send the tenders for us. So, we sat and waited for well over an hour in the direct wind and sun at mid-day for the boats to start coming. Finally the staff came through to take passengers with children first.

While we still had to wait it was much shorter and when we got back to the ship everyone collapsed from exhaustion.

Cannes is a small city that may not be my first choice with kids but we did have a nice time walking the streets and eating our way through town. We also had no problems getting what we needed though I’m sure our daily use of French in Morocco made this much easier. Many people did speak some English but knowing French will be much more helpful.[/vc_column_text][/vc_column][/vc_row] 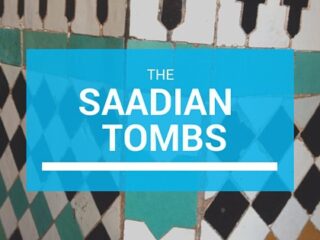 I love that your rule was that the kids could order Subway if they ordered in French. And you're right - I'm impressed that they crave some comfort from Subway rather than McDonald's or some other burger place!

I haven't experienced southern France with kids, but from the few hours I spent in Cannes, it certainly wasn't my favorite place along the Cote d'Azur. (I loved Antibes, and for a larger city, I preferred Nice to Cannes.) But that said, I'm glad you all got a good French (and American) food fix there!

Those mussels look fabulous, Amanda . . . I can think of few places more beautiful to enjoy them than the French Mediterranean. Laughed out loud reading about how the sight of a Subway put the kibosh on your plans for your children to try something new ~ and French. Similar thing happened with my husband in Fukuoka, Japan, when I had heart set on the local ramen and he spied a McDonald's . . . !

I've never been to Cannes, but hope to go one day. I wouldn't eat Subway either but do know that sometimes it just isn't worth the fight with the kids. I always love a French market- even if you have nowhere to cook- they're always fascinating.

This write up of your day in Cannes escaped me, I've only just seen it. How funny that your boys ate Subway (my son loves it and he's French!) It'd be great if you could link this up to my monthly linky #AllAboutFrance which is open now.