Our second cruise in Europe took us to the Norwegian fjords, a trip I had always wanted to take but wasn’t sure how we’d ever afford. Travel in Norway isn’t exactly cheap but we pulled off this trip for much less than you might think – and I’ll be sharing exactly how soon! Our fjord cruise took us to four different ports in the country; the first was the lovely city of Ålesund. The little bit of research I did for this told me this city was probably going to be my favorite. Bergen ended up being at the top of my list with Ålesund ranking second. If you get the chance to visit, here’s why you should!

I’ll start with the most important thing – the food.

Where to Eat in Ålesund, Norway

We didn’t have a lot of time to grab food, having opted to stay on the ship a little bit longer due to rain and not having the right outdoor gear. But, we did pop into this amazing cafe that had some of the best cake I have had and hot cocoa in mugs the size of a soup bowl! They also serve food but the cake was plenty to hold me over! Nomaden is the name of this little gem and it’s not a far walk from the Ålesund cruise port.

Cafe Lespunktet and Anno are two other cafe/restaurants that came highly recommended. We popped around and looked at the menus – there were several things that looked great if we only had more space in our stomach! Cod fishing is HUGE in Ålesund so don’t be surprised if there’s a lot of fish on the menu.

If you want to grab some drinks and snacks for your cruise (or just in general) we found two grocery stores just a short walk from the main downtown area. While each of the cruise ports had a market nearby we found the shops here were the most affordable as they catered to the locals vs ship traffic. Norway is expensive – save money where you can!

What to do in Ålesund

There were several water activities like RIB boat rides offered at our stop here but it was pouring rain the morning our ship came in and the drizzle didn’t let up all day. Coupled with the chilly weather that still plagues Norway in early May we weren’t too keen on getting even more wet. The good news is we had a great time without having planned anything!

The first thing you’ll notice is that all of Ålesund has a cohesive look. That’s not an accident. In 1904 nearly the entire town burned down in a massive fire. It was rebuilt not long after and all in the Art Nouveau style that still exists today. Many historians state the fire was a good thing, as previously the city was crowded and facilities lacking; the reconstruction made the city a better place.

Take a walk in the historic center

There are few towns as picture friendly as Ålesund! Around every corner is something waiting to have its picture taken. Beautiful buildings, charming doorways, and hearts on almost every window or door. I could just imagine what it would look like lit up on a winter night.

The harbor is part of the general downtown area. Take a stroll on the waterfront to see boats coming in and out. There were a few small charter boats that could be rented to take rides or go fishing out on the water. I’m guessing when the weather is a little nicer later in the season there are more of these and it would make a good option.

This is a viewpoint that looks out on the archipelago and gives a great panoramic view. From the town park you can walk the 400+ steps up Mount Aksla to the top or you can take the city train up. There’s a restaurant, cafe and viewing platform on top.

Runde Island is also known as the bird island. There are some permanent human residents but from February to August it’s nesting ground for over half a million seabirds including 100,000+ pairs of puffins!

Stop by the Tourist Information Center

We just happened by the tourist info center and popped in to see what they had on offer – and to ask about great restaurants. They were very helpful and had tons of tours and other activities that I hadn’t found online. This is also the point where the hop on – hop off bus departs from.

Guess who didn’t want to pay $1.99 a minute for internet access on the cruise ship? That meant that at each port stop we spent some time hunting down WIFI – we’ve still got a business to run! Here’s a few spots we found in Alesund;

These are just a few that we happened to stumble across but there certainly are many more.

Book Your Own Shore Excursion

If you prefer to have your time accounted for and join a tour, here are two good options. These are considerably less expensive than the ship shore excursions were.

We really loved Alesund. It’s a quaint and beautiful little town. I could easily imagine renting a house on the water and spending the summer months here. 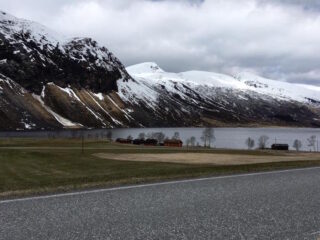 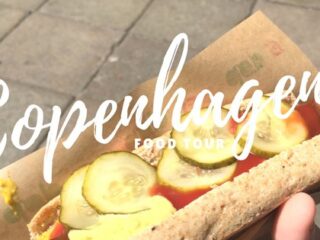