[vc_row][vc_column][vc_column_text]Do you ever want to feel like a kid when you travel? To go back to the memories of family vacations where it was completely acceptable to spend the morning bike riding, eat an ice cream cone for lunch, spend the afternoon at the amusement park and lay down in a park somewhere afterwards for a quick nap? Copenhagen is one of those places that transported me to those childhood memories. Blame it on the local hero, Hans Christian Anderson the king of childhood stories, or just the laid back atmosphere of the city, whatever it is in the air had a way of making me feel like a kid again.

If you’ve got just a few nights in Copenhagen here’s what we suggest doing. 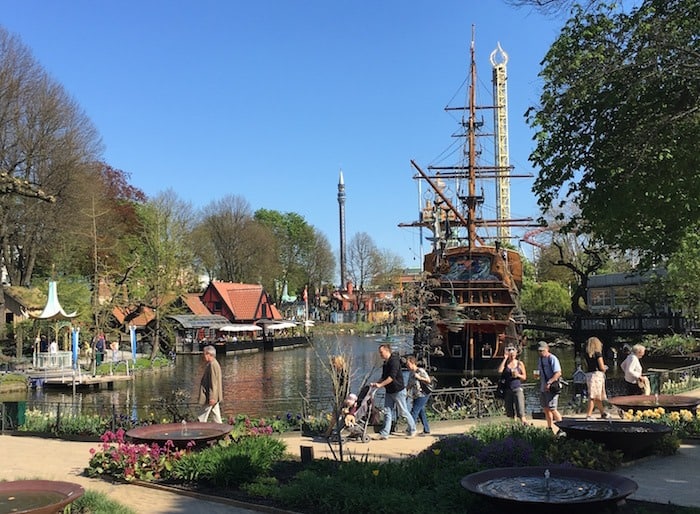 This might be the most well known attraction in Copenhagen and while we weren’t visiting with kids we couldn’t help but be drawn in. We didn’t end up going on any rides but we did walk around and enjoy the gardens as well as a few snacks. It’s the second oldest operating amusement park in the world and has an art deco charm that made me fall in love instantly. The rides aren’t world class coasters but they looked fun! We think it’s a great park for families with younger children (under 10) but it’s also really a lovely place to walk around or take in a performance or show.

Strøget is the main shopping street in Copenhagen and is full of small independent shops mixed with a few chains, restaurants and street performers. It was interesting seeing the different performances and statues. One thing we learned rather quickly here is that things can be strange. There was a completely different sense of style and sensibility than any other city we’ve been in. Wander off the main street into the smaller side streets for niche restaurants and interesting historical sites. 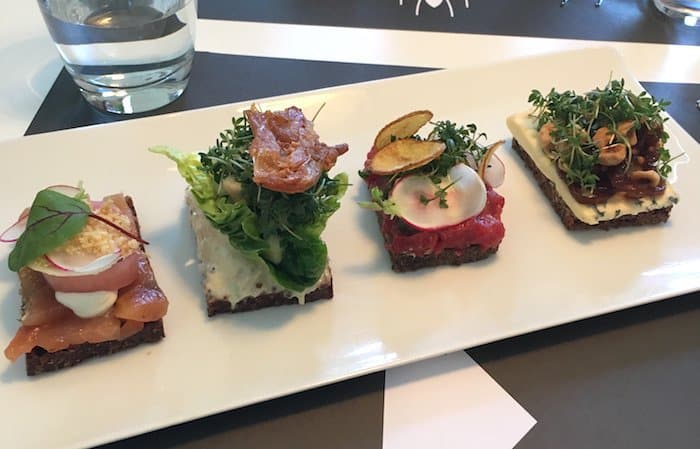 I had really wanted to get a taste for traditional Danish food and so a food tour was the first thing on our list. You can read our full post on our food tour experience over here.

The Torvehallerne Market in Copenhagen is a hidden gem. We only found it because it was where the food tour was starting but this would be an ideal place for anyone who loves food to spend a few hours wandering. We really wanted to come back for lunch one day but simply ran out of time. You’ll find loads of local produce and products for sale as well as pre-made food you can eat on the spot or take away. The main transportation center is just a short walk away (less than 1/2 kilometer) making it easy to reach. 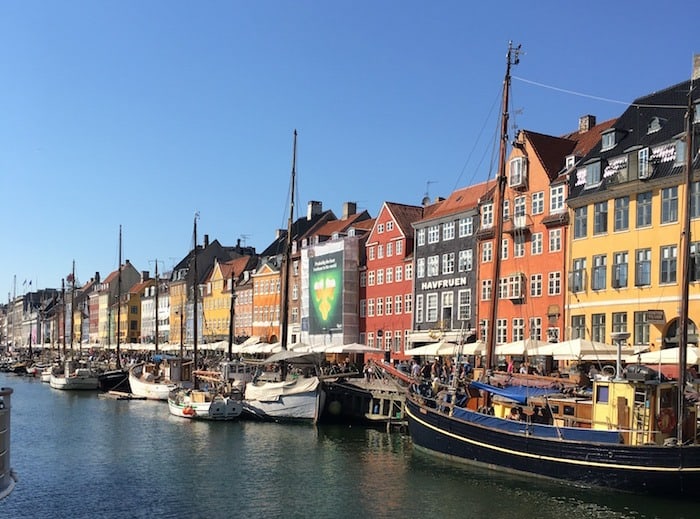 After finishing our food tour we wandered to Nyhavn to see the famous buildings and discovered the canal tours departed from this area. We decided why not jump on a boat and see the city from the water. There was in fact a lot more to the canal system than we realized just walking the streets. There wasn’t a lot of shade which on the day we were visiting was really difficult with the sun beating down on us – and I’d imagine if it were raining or drizzly would also be a bit of a let down. Come prepared and you will be fine. Also, compared to most attractions this was a great price.

Copenhagen has a lot of great public parks that are beautifully laid out and free. We didn’t have time but I wish we would have grabbed some food from the market and had a picnic. The Copenhagen Botanical Garden is also a fantastic spot to spend a few hours. It has more than 13,000 species of flora and fauna and an old glasshouse that dates from 1874. Sit down and have a coffee in one of the cafes as well. Best of all? It’s free.

The first thing we noticed about Copenhagen? The bikes! They are everywhere and certainly outnumber cars. The city has a good public transportation system but it can be pricy. A bike rental may help alleviate the financial pain BUT keep in mind Danes follow the rules of the road on their bikes so it would be good to brush up before you head out on the road. There are plenty of bike rental locations throughout the city and you might consider a bike tour to get your bearings!

We stayed at the Radisson Blu Scandinavia Hotel. It was alright but the location was not ideal and felt more like a hotel for conferences and business meetings. They did however have one of the best hotel breakfasts I’ve ever had!  While we walked to the more central area of Copenhagen it was really too far to go out for just a short time. The Radisson Blu Royal Hotel would be a better, more centrally located hotel. Overall Copenhagen is an expensive city. If you’re on a budget, consider an apartment rental from AirBnB or a similar site. You can also look into boutique hotels or hostels with private rooms.[/vc_column_text][/vc_column][/vc_row][vc_row][vc_column][vc_single_image image=”32230″ img_size=”full”][/vc_column][/vc_row]

Spring Vacation with Teens? Try one of these Trips to Remember! - MarocMama

[…] cost effective way to see a variety of countries. Get insight to some of the cruise stops like Copenhagen, Denmark, Helsinki, Finland or Tallinn, Estonia from our experiences […]